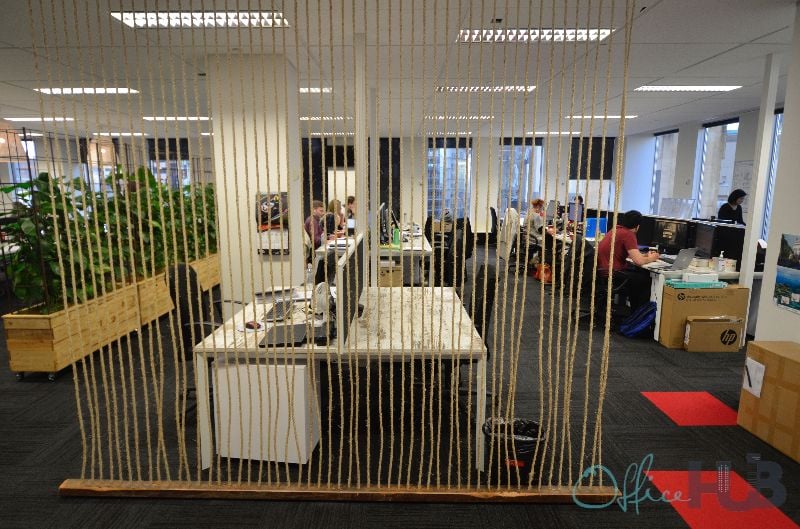 Plans for a multi-billion-dollar IPO of US coworking space company WeWork appear to be teetering on the edge amid questions about founder Adam Neumann and a plunge in the value of the company and reports that Softbank, the biggest investor, is pushing for a delay in the float.

In trying to ascertain the value of the business – CB Insights did a great job trying to unpack it – concerns have been raised about WeWork’s US$47 billion commitment in lease payments over the next 15 years, while the company’s forward revenue commitments are just US$4 billion. Concerns of an economic downturn are among the reasons investors could be wary.

WeWork has been in Australia for three years and expanded rapidly, it now operates across 20 locations Australia-wide – Sydney (10 sites), Melbourne (5), Perth (2) and Brisbane (3). Prices start at AU$450 a month for a hot desk, rising to AU$2100 a month for a private office at 114 William St, Melbourne. A dedicated desk costs between AU$900 and $1000 monthly.

In that context, a new report from Office Hub, the five-year-old Australian marketplace for office space, operating in 105 countries across nearly 2,500 sites, with more than 18,000 customers and 150,000 workstations, makes for sobering reading.

Office Hub counts WeWork, Wotso, Regis, and Servcorp among its workspace partners. It offers shared coworking spaces in Sydney from $69 a week.

The 2019 Australian Coworking Market Report looks at local supply and demand for coworking spaces, along with year-on-year trends, and future predictions.

CEO and founder Grant Phillip noted that it had become a buyer’s market for coworking spaces, with supply now matching demand, with rates softening as a result.

The figures revealed that while the space sought increased, what lessees paid fell, in many instances by double figures, amid “soaring confidence in Australian market from global operators”.

While not naming them specifically, there’s little doubt that WeWork’s aggressive push into the Australian market as the company pushed for scale ahead of the US IPO plan played a large part in a 41% increase in supply over the past year – up from 26% percent the previous year.

Here are the figures that should send a chill through anyone thinking about investing in WeWork. 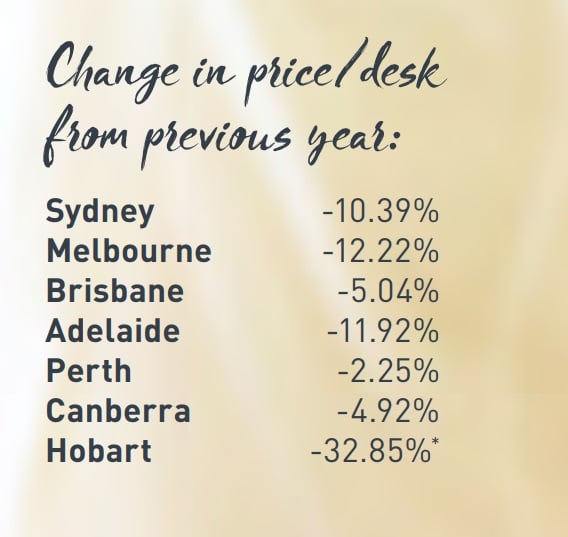 So prices in 75% of where WeWork has its operations fell by 10% or more.

“Last year, we reported a seismic market shift with abundant new supply changing the play and putting tenants in control of the market for the first time,” Phillip said in the report.

“This year, operators are differentiating with a focus on design and service sophistication as space-as-a-service becomes the norm for corporate and enterprise. Global operators entered key business districts with thousands of square metres and a focus on the enterprise segment, while boutique providers are holding their own with niche and industry-specific offerings. ”

The Office Hub boss says “challenges remain for many in developing a flexible workspace strategy”, is confident in growth in the market amid strong competition.

“39% of the Australian workspace market is in the peer-to-peer sharing of commercial office space, as the flexibility, cost and culture benefits come in at a more affordable price for small businesses than managed options.,” he said.

The key findings in the Australian Coworking Market Report

The report says ‘Generation Flex’ is calling the shots in corporate workspace strategy.

Here are the key figures from this year’s Office Hub report, showing office space in Sydney is more than double the cost of other capitals, with the exception of Melbourne

The figure also worth noting in the context of WeWork’s 15-year leases is the average term – all are less than a year. The upside is that if the market picks up – and while there’s no doubt the fall in rental rates mimics the drop in property prices in the major capitals, most analysts predict continued soft economic conditions, despite hopes of a lift in residential real estate.

The short leases offer the benefit of being able to raise the rate if circumstances improve, but if the market stays soft, combined with increased supply of coworking sites amid the tail end of a commercial property boom in general over recent year, it offers something of a perfect storm for the likes of WeWork and its competitors. 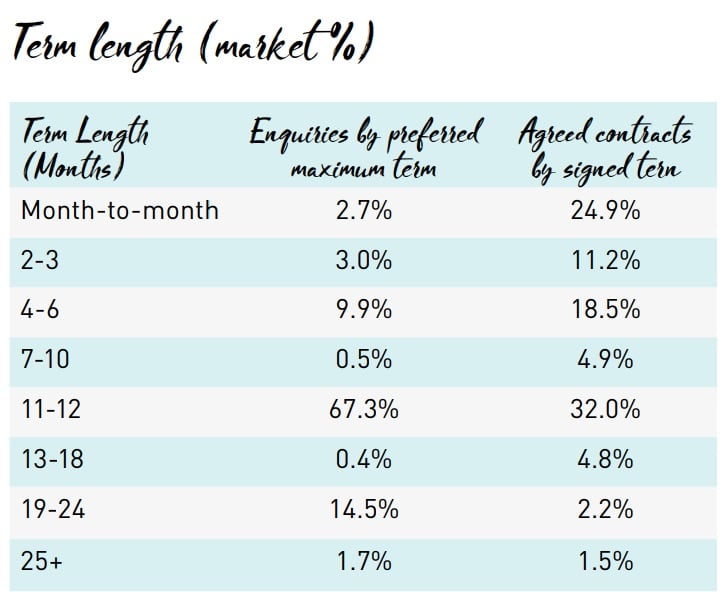 “The biggest impact will be price as the coworking industry in Australia will embrace never before seen growth in desks hitting the market,” the report says.

“This backflip on the historical undersupply of stock will further impact the desk rates with an estimated drop of 15-20% in rates. Logic prevails as you cannot increase inventory up to 30% and not see the laws of equilibrium take over.”

You can read the full Coworking Market report here.

NOW READ: WeWork reveals an astonishing $2.4 billion annual loss as it pushes to an IPO

Previous article YOU DESERVE A RAISE: The week’s major startup funding rounds
Next article YBF Ventures is getting into proptech with tech giant Honeywell
Via Topics
Tags coworking spaceOffice Hubwework