The Tyro float: what you need to know 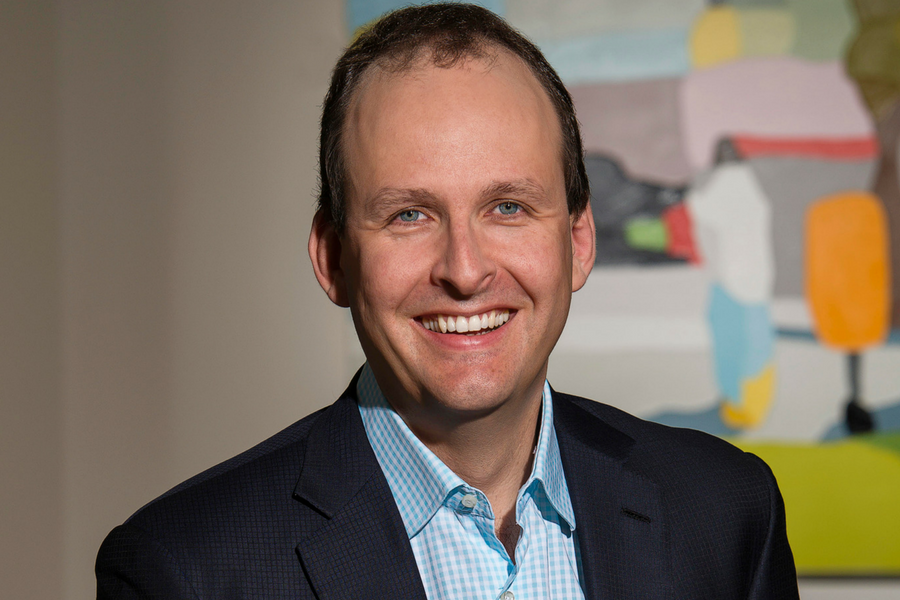 On the same day Prospa shares were hammered by the market for undershooting its prospectus forecasts, fintech rival Tyro revealed plans for an ASX float it hopes will value the company at more than AU$1 billion.

The SME payments and loans provider, chaired by David Thodey, and around since 2003, is looking to raise between $241.1 million and $252.7 million, offering shares in the $2.50-2.75 range, according to IPO documents lodged with the ASX on Monday.

$125 million will come from new shares, the balance in a secondary offer to its 450 existing shareholders, which include Atlassian’s Mike Cannon-Brookes the company’s largest single shareholder with a 13.69% stake.

$140 million of the raise is being offered to institutional investors. Around 50% of the capital goes into voluntary escrow until the FY20 preliminary results are lodged.

Tyro’s existing shareholders are expected to control around 80% of total shares on issue following the float.

The retail offer opens on November 26, closing on December 2, followed by a book build, Dec 3-4 before the final share price is announced on Dec 5, with a listing date of December 6.

Tyro says it will not be profitable in the Prospectus forecast period.

Chair David Thodey says the ongoing losses reflect “our continuing investment in attracting more merchants to our ecosystem, the investment in our team and our commitment to develop our payments and business banking products”.

He puts the company highlights in FY19 as:

The additional funds are for:

“In addition, the offer will provide our existing shareholders with access to greater liquidity and secure other benefits that may follow from a listing,” Thodey said.

“Central to our mission is supporting small to medium business in Australia with better solutions for their payment and banking needs. As a tech-driven enterprise we are well placed to understand and assist in reducing the friction they often experience in their payments and banking activities,” he said.

“I am particularly excited that Tyro merchants have the ability to invest in our future success by participating in our merchant offer.”

Here are Tyro’s financial and forecasts as per the Prospectus: 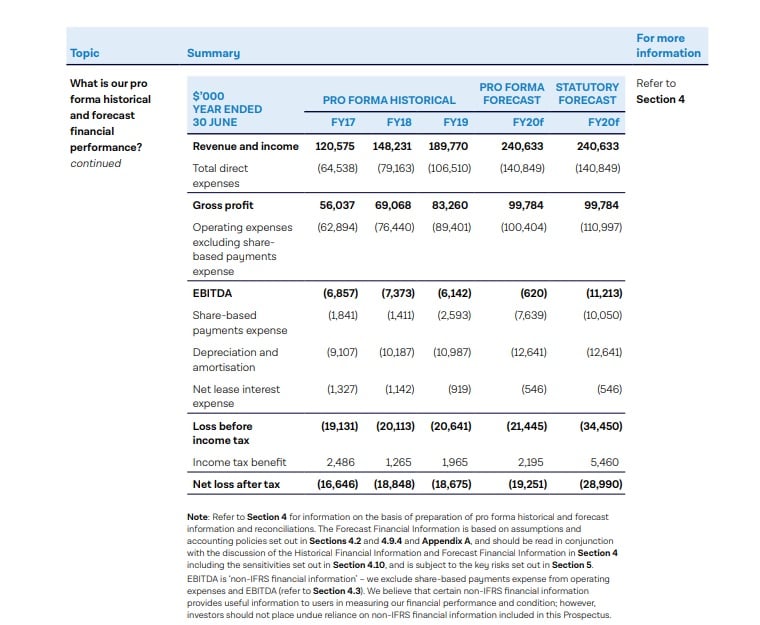