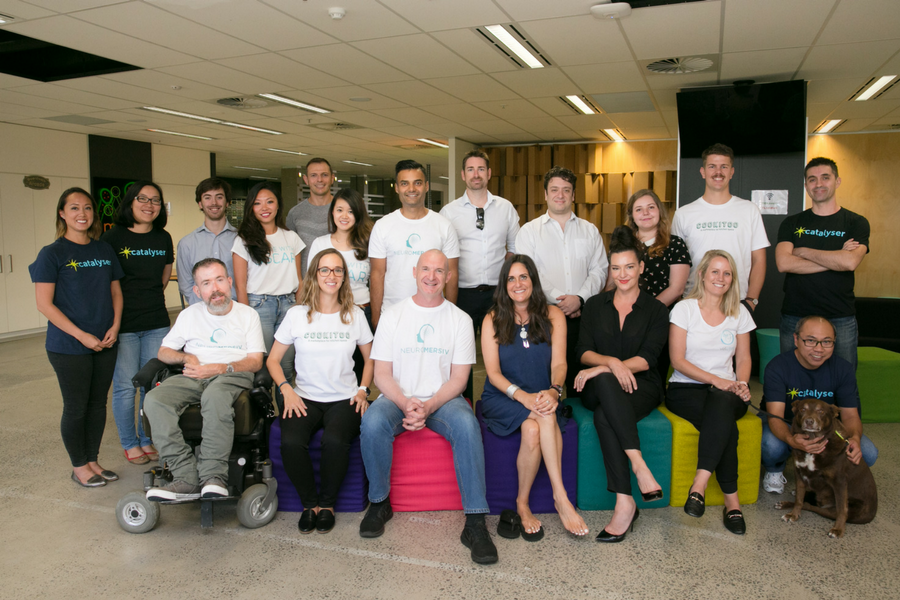 Now in its fifth year, Telstra-backed accelerator program muru-D is still going strong, with the program running in Sydney, Melbourne, and Singapore, and as the River City Labs Accelerator in Brisbane and Plus Eight in Perth. As the Brisbane program gears up for demo day in April and the selection process for the Perth program gets underway, the fifth Sydney cohort of Telstra-backed accelerator program muru-D has been revealed.

According to Julie Trell, head of muru-D, the program received 20 percent more applications compared to 2017, with the number of applications from female founders also rising 20 percent; six of the 10 teams accepted have a woman on the founding team.

Beyond the diversity of the founding teams, with over half the founders aged 35 or above and a number with kids, Trell said this intake is also the most “ambitious” yet, with teams working on the likes of autonomous aircraft to the application of virtual reality for neuro rehab therapy.

“It was important to us to select teams that have a social purpose element, using technology in innovative ways to solve real problems and create solutions for societies today and into the future,”  Trell said.

This is the second Sydney intake Trell will be working with, after taking over as head of muru-D from Annie Parker last February.

A Silicon Valley veteran, having worked as an executive at Salesforce and launched her own company, Trell said the opportunity to come to Australia, where “the rocket ship is just about to take off”, was exciting.

“The job actually found me…and the way it was written, what they were looking for was not someone to just churn out new companies and technology, but it was really so heart-centered and about finding the right people that cared about helping founders become successful; they were embracing the opportunity to solve social challenges through market-based solutions and technology, and they were eager to focus on diversity, and more importantly, inclusion,” Trell said.

As the program has evolved, so too has the “symbiotic” relationship muru-D has with backer Telstra.

Participants in the six month program receive $75,000 in funding on a SAFE convertible note. With programs in Sydney, Melbourne, and Singapore and partner programs in Perth and Brisbane, muru-D has invested $4 million in 110 companies since launch.

The new Sydney cohort are:

AMSL Aero – developing an autonomous two seat aircraft that can take off and land vertically and fly horizontally at 300 km per hour, an innovation paving the way for the future of human mobility. It is safer, faster, quieter and less expensive than helicopters.

Catalyser – creates software and services that provide customised business solutions for employers of all sizes to manage and grow their employee giving. In the two years since launching, Catalyser has facilitated over $2 million in donations for charities and has over 15,000 employee users in Australia, Asia, and the UK.

Cookitoo – a platform for cafes, restaurants and caterers to rent out their unused commercial kitchen space. From commercial cafes in Collingwood to revolutionary restaurants in Redfern, Cookitoo is changing the way food is made and consumed.

iCRM – a flexible cloud software platform that integrates with existing health and medical devices to deliver tailor-made care and support plans. iCRM has a mission to improve quality in-home care to the elderly and is already used in over one hundred aged care organisations in Australia.

Kiddsbay – a kid friendly platform that provides every child the opportunity to achieve their dreams by unleashing their entrepreneurial spirit. Kiddsbay provides the platform for kids to launch their on-line business in a safe, fun, educational, global environment that connects communities and allows kids to take charge of their financial wellbeing.

Life Skills Group – educates and empowers children, teachers, schools and families to build a more compassionate, kinder and connected world. They are building a scalable and easily-distributed digital model to deliver wellbeing programs for primary and secondary students, as well as professional development programs for teachers and staff.

Neuromersiv – using Virtual Reality to make neuro rehab therapy fun and improve the quality of life for their users. Having a stroke or brain trauma can be life changing for victims and their families. Neuromersiv offers a genuinely innovative solution to get people back on their feet as quickly as possible and lead normal, fulfilling lives again.

Share with Oscar – an on-demand platform for sharing private parking spaces. Founded by two female entrepreneurs passionate about finding a sustainable solution to the scarcity issues in our growing urban cities, Share with Oscar’s mobile platform allows the community to better utilise existing assets such as parking spaces through sharing.

vetchat – an online platform connecting pet owners with vets to help their pets in times of need. They deliver easy access to affordable, expert vet advice via one-on-one video consultations and on-demand chat. They have already helped thousands of Aussie pets and their parents.