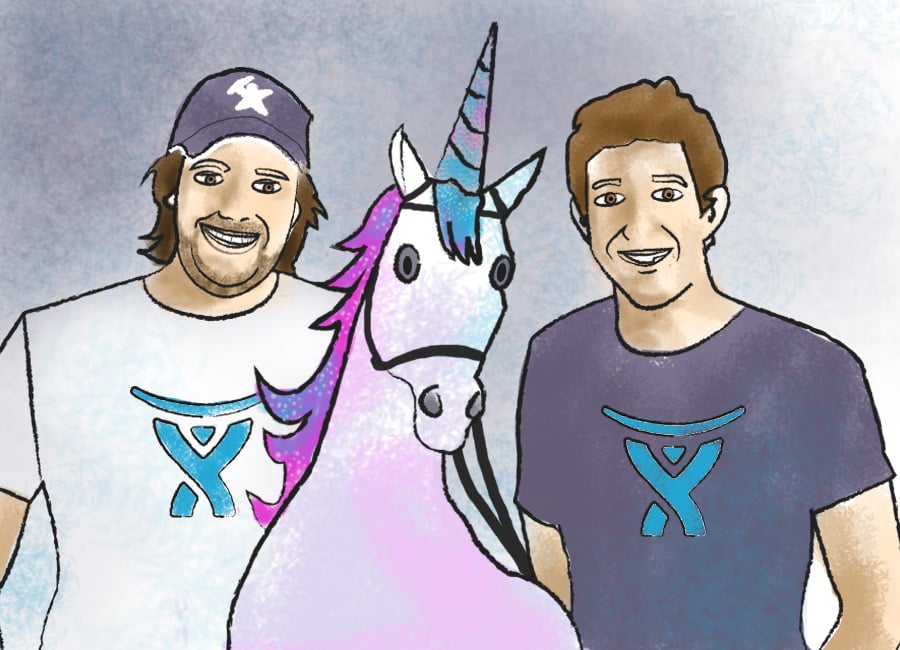 Big names from the Australian tech scene have dominated this year’s BRW Young Rich list. Atlassian founders Mike Cannon-Brookes and Scott Farquhar, top of the list with their combined wealth of $2.3 billion, are joined by 35 other young entrepreneurs who made their money in technology and internet-based ventures.

Campaign Monitor’s Dave Greiner and Ben Richardson are the next tech entrepreneurs on the list, coming in at 4 and 5 overall with a combined $502 million. Ruslan Kogan of Kogan.com, Ori Allon of real estate app Compass, investor Simon Clausen, and iflix founder Patrick Grove rounded out the top ten.

Model Erica Baxter is the woman highest up on the list at number 31, but Canva’s Melanie Perkins isn’t too far behind. Perkins and fellow Canva co-founder Cliff Obrecht came in at 40 and 41 with their combined wealth of $60 million.

invoice2go co-founder Michelle Strode was the only other female tech entrepreneur to make the list, debuting this year in 46th position with $55 million. The five other women making the cut – which makes a grand total of eight – amassed their fortunes in industries including sports, retail, and entertainment.

However, the tech boom could mean that we will see a few more women on the list next year. Entrepreneurs like Jane Lu of Showpo, Gen George of OneShift, and Julie Stevanja of Stylerunner are all heading up fast-growing companies, and with Casey Stoner rounding out this year’s list with $19 million, it’s possible that one of these ladies may make the cut next year.

The property sector was the other big wealth generator on this year’s list, with three of the individuals in the top 10 making their fortunes in property. List debutant Paul Blackburne came in at number three with his $536 million fortune, built in the Perth property market.

Australia’s obsession with property cannot be understated; though two tech entrepreneurs topped this year’s list with billions to their name, the AFR today had a front page story titled “If you want to get rich young, property works”, encouraging readers to “look beyond tech” and get into property development if they want to be billionaires.