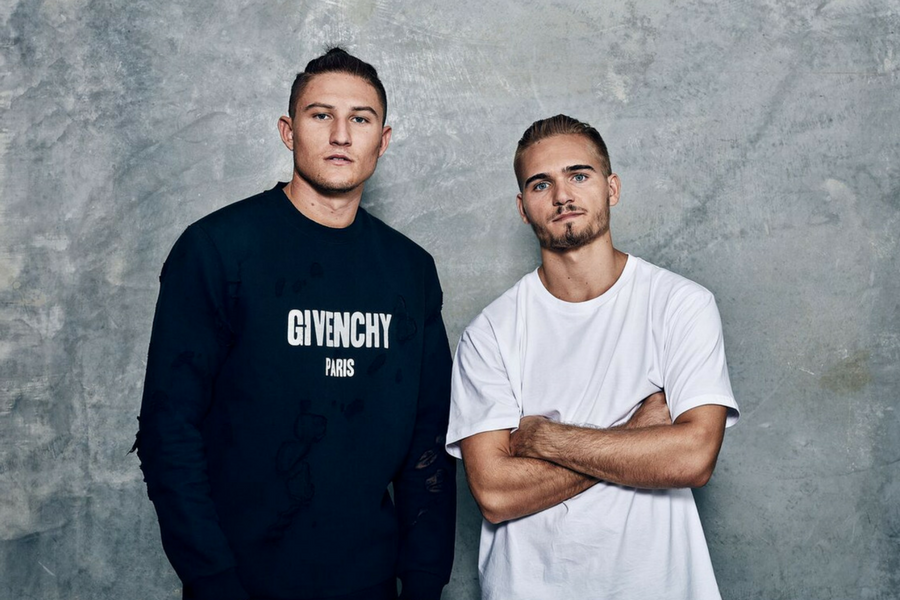 Of the 100 names on this year’s Young Rich List, published by the Australian Financial Review, exactly half of them made their wealth in the finance and technology sectors – a seismic change from that of past lists, which saw the two industries gaining significant traction but never dominating the list in such a way.

Once again Atlassian cofounders Mike Cannon-Brookes and Scott Farquhar have retained their number one and two positions on the list. Their company, which is listed publicly on the NASDAQ exchange, has seen a rise in its share price this year to bring their combined wealth to $6.08 billion. Atlassian also has enjoyed additional overall user growth of its product suites through the acquisition of workflow management platform Trello earlier this year.

The second and third positions on the list have been taken by fellow tech duo Dave Greiner and Ben Richardson, founders of digital marketing platform Campaign Monitor, with a combined wealth of $608 million.

Owen Kerr, founder of FinTech company Pepperstone, has taken sixth place on the list with an estimated wealth of $368 million. The foreign exchange trading company, founded in 2010 with cofounder Joe Davenport, is headquartered in Melbourne with overseas offices in Dallas and Shanghai.

At number eight with wealth of $318 million is entrepreneur Doctor Sam Prince. Although Prince has made a lot of his wealth via Zambrero, his Mexican food chain business, it should be highlighted that his emerging wealth is coming from Life Letters which appears to be rebranded as Florey + You  – a new type of medical clinic concept that uses technology, education, and a unique approach to its spaces to better connect and engage with patients, making the doctor’s clinic experience more efficient and enjoyable.

Positions nine and ten are rounded out by Envato cofounders Cyan and Collis Ta’eed, with a combined wealth of $216 million. One of Australia’s biggest tech startup successes, Envato has once again enjoyed phenomenal growth this year across its various sites, which sell digital assets for creatives such as music, special effects, and fonts.

Startup Daily had a chat to Cyan Ta’eed about Envato’s beginnings in a Bondi garage and how the company recently celebrated its 11th birthday on a recent episode of the Glass Ceiling podcast.

Once again Canva founders Melanie Perkins and Cliff Obrecht remain on the list with a combined wealth of $128 million, a value which looks set to grow over the coming 12 months with the addition of a design-to-print offering across the United States and the addition of features such as charts, publish to webpage, and the ability for users to create and download gif and movie files from their designs.

There are a number of newcomers to this year’s list from the tech and finance space or that have relied heavily on tech in order to execute their strategies around marketing and growth.

The founders of Queensland based company HiSmile, Nik Mirkovic and Alex Tomic, are the youngest duo to debut on the list with a combined wealth of $46 million. The company, which sells teeth whitening kits, has been embraced by the teenage and young adult audience, who along with celebrity endorsers like Kylie Jenner, promote their use of the product via their Snapchat and Instagram accounts.

Airtasker founders Tim Fung and Jonathan Lui also join this year’s list with a combined wealth of $41 million. The company continues to experience strong user growth, having launched a well-received advertising campaign that ran across mainstream television and digital video platforms such as YouTube. The platform also made the headlines earlier in the year after taking a positive and proactive approach to rhetoric from Unions NSW that accused gig economy platforms like theirs of exploitation of workers.

This resulted in Airtasker pioneering a number of new benchmarks for players in the Australian gig economy such as minimum pay rates for workers – the first agreement of its kind globally in that industry and opt-in income protection insurance for any “Airtasker” on its platform.

Showpo founder Jane Lu has been named on the list for the first time – one of only nine female entrepreneurs to make an appearance on the list in 2017. The online fast fashion mogul has become a social media celebrity in her own right off the back of her brand, which boasts millions of followers across platforms like Facebook, Snapchat, YouTube, Instagram, and Twitter. Lu has also been one of five celebrity ambassadors for auto brand Holden over the last 12 months. According to reports, Showpo turned over $30 million last financial year.

Personal Trainer Kayla Itsines is another entrepreneur making her debut on the list, with an estimated wealth of $79 million. Itsines, who has a following on Instagram of 7.7 million, has made her name and wealth with a number of digital fitness products and content. Her applications are published in eight different languages and the brand leverages platforms like Facebook and Instagram heavily to target female smartphone users specifically – a marketing strategy which has obviously worked. 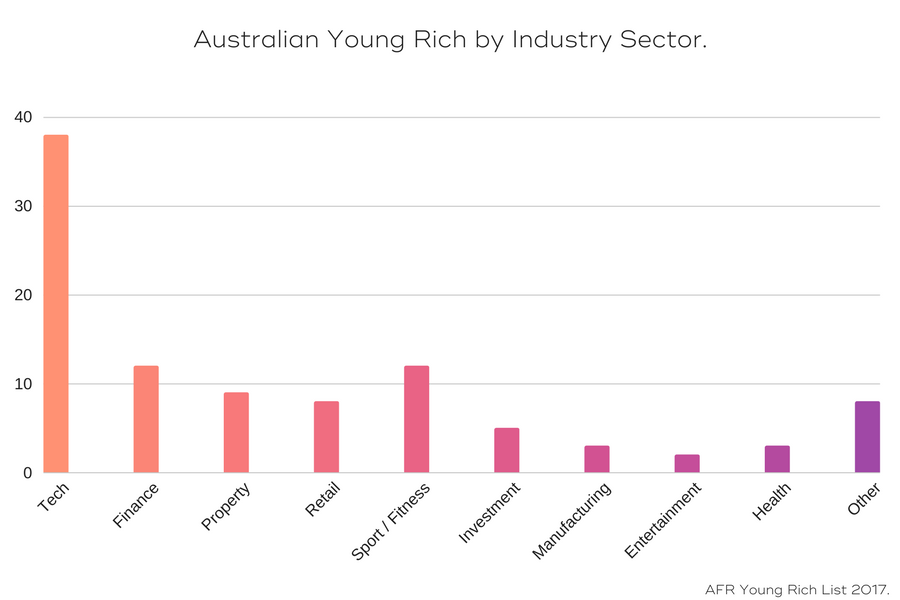 The full AFR Young Rich List can be viewed here.