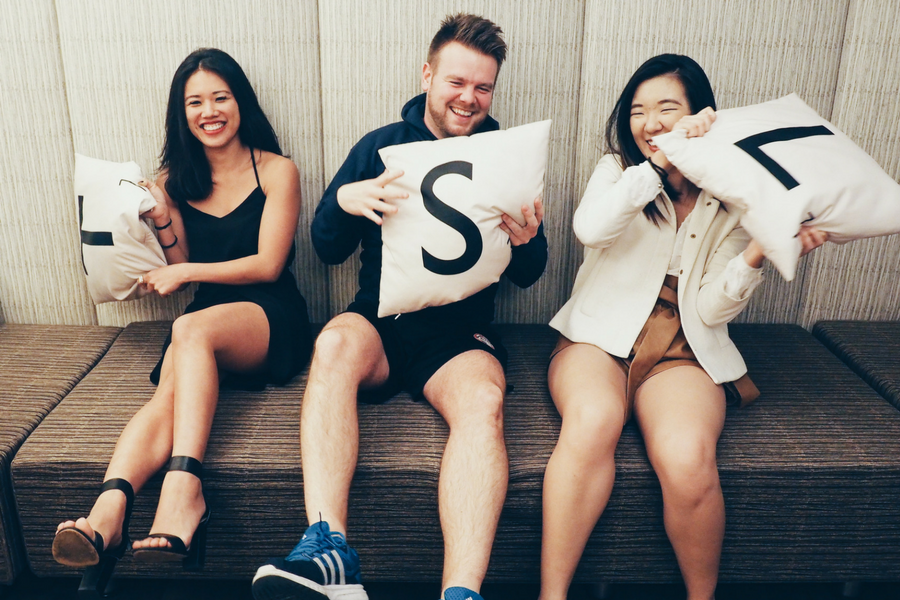 Today’s university students are largely accustomed to having to do internships as they study in order to build up real world skills and work experience to put them ahead of other graduates when looking for work.

But while some startups are getting in on the action, the reality is that, despite the $28 million ideas boom advertising campaign, the average student still doesn’t know what a startup is and most, whether looking for a tech role or otherwise, would rather intern at a larger company because they know what they will get.

In a bid to make it easier for reputable startups to find the students who do want to work at a startup, Sydney coworking community Tank Stream Labs has partnered with edutech startup Austern International to connect its resident companies to eager young talent for paid internships.

Itself a resident at Tank Stream Labs, Austern was cofounded by Jamie Lee and Lily Wu to help provide millennials with real world training at some of the world’s biggest tech companies and corporates. Since its founding in 2014, over 200 tertiary students from around the world have taken part in an Austern bootcamp, with the likes of Slack, Spotify, Bellabox, Carousell, and most recently Uber signing on as partner employers.

Seeing Austern go from strength to strength while also seeing increased demand for interns from resident startups, Tank Stream Labs CEO Bradley Delamare decided to approach Austern about a partnership to ensure startups get access to “a certain calibre of interns”.

Interns will be chosen from a network of Austern bootcamp alumni: that is, students interested in tech, entrepreneurship, and startups. They will be placed into eight week-long internships, with around 10 percent of Tank Stream Labs startups signing on to the program. These startups are looking for interns across a variety of disciplines, from law to marketing, design, and development.

Delamare said, “[The interns] are all Austern alumni, so they have developed the agility and skills to thrive while working at a startup.

“We see this as a real win-win. The startups in TSL need interns and the interns need exposure to working life in all its forms – not just large corporates with 10 year old internship programs.”

Beyond the fact that the internships will be paid, the importance of providing interns with valuable learning and development experiences is key.

“Bradley’s very supportive and it felt like a natural choice for us. We’re comfortable putting our alumni through programs with Tank Stream Labs startups because we know a lot of them, we know they’re good places to work,” Wu said.

“Startups can have more to offer interns than large corporations because it can be easier to make an obvious impact. With a small team, tasks are less segmented, and interns have the opportunity to contribute across the company.”

This partnership is just the latest in a rapidly growing list for Austern. The growth of the program has been aided through official partnerships with Monash University and RMIT University, where participation can count for official course credit in the university’s arts degree and business degree respectively.

The deal between Tank Stream Labs and Austern also comes a few months after Blackbird Ventures launched its Sirius A program, looking to help its portfolio companies and other growing Australian startups find tech graduates.