Sydney-based Ridesurfing will become the anti-UBER 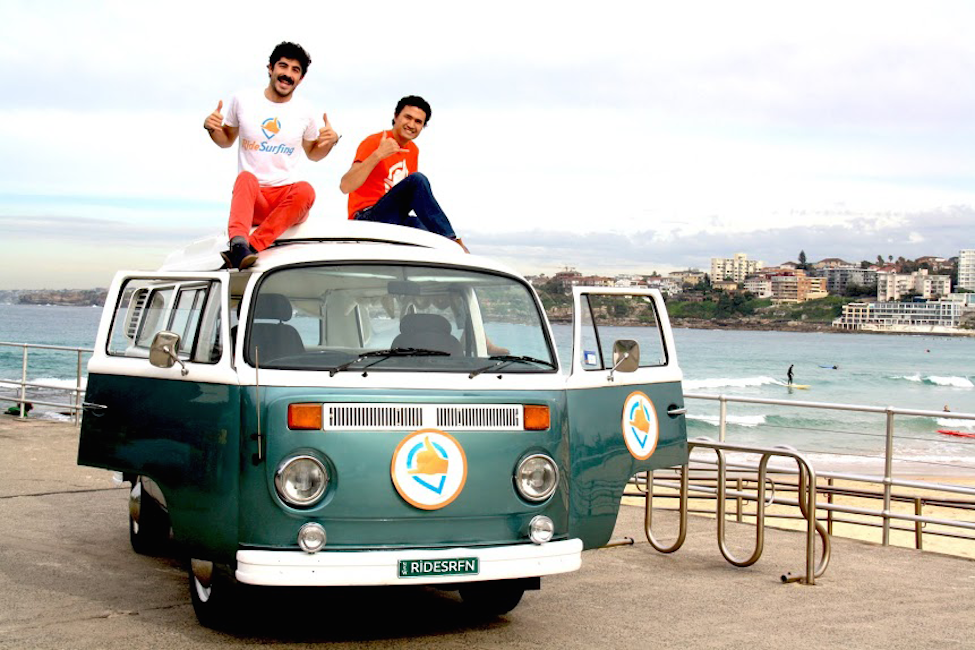 Let’s be clear about something, ride-sharing is here to stay.

When you saturate the market with something and get people used to it and using it enough – they begin to like it. At that point it makes it harder to take it away from them.

Whilst the state governments who legislate transport take their time to “look into things”, the act of ride-sharing is already becoming part of the day-to-day culture for our generation in Australia. And legislators are wise enough to realise it’s this generation that they will depend on to keep their public service careers long-term.

But if you think that the only challenges UBER have regarding its UBER X services come in the form of Taxi Companies, think again.

Ridesurfing presents a very real threat to UBER’s ride sharing dominance in Australia. Why? Because they are playing out the same strategy Lyft employed in the United States. They’ve just replaced the pink hipster Lyft moustache with the Ridesurfing signature Shaka Sign – the symbolism here is very important and the foundation of their game plan.

This shaka sign, sometimes known as “hang loose”, is a gesture often associated with surf culture. It was adopted from the Hawaiians in the 1960s by visiting surfers by the wider surfing community and takes on the meanings of friendship, understanding, compassion, and solidarity. Drivers will often use it on the road in coastal communities especially to say hello, goodbye and express gratitude.

The difference between Ridesurfing and UBER X is not the fact that the former is a donation-based system; it’s selling the perception that Ridesurfing is a tight knit community and UBER is not.

Lyft famously drove a sign throughout the streets of San Francisco earlier this year that stated ‘Be more than a Number’ – a dig at UBER’s efficient systems and processes. When I asked co-founder Manutea Dupont if he considered his startup to be the anti-UBER, he told me that they didn’t, and that for them it was all about building a strong community in Sydney.

Whilst it may be true that they have not sat around discussing how they plan to eat into UBER’s marketshare, their funding round of an undisclosed amount by Rocket Internet says to me that whilst on the surface it’s all kombi vans, messy beach hair and shaka signs – behind the scenes is a well-oiled marketing strategy aimed to polarise the suits from the fun people.

But can a company become cash flow positive with a revenue strategy based purely on donations? After all, forecasting could become quite difficult especially when there is an ability for “free riders” and “cheap riders” to become part of the system. Dupont doesn’t seem to be too worried about this.

The Ridesurfing strategy all comes back to the oldest trick in the book – Tribe Building. Those who do right by the tribe get to stay in the tribe; those who don’t, no longer get to be part of that community. The transparent rating and commentary system integrated into Ridesurfing’s application is perhaps their trump card. Both drivers and passengers get rated. This creates a level of exclusivity and a huge portion of the community will want to remain members of the “surf club”.