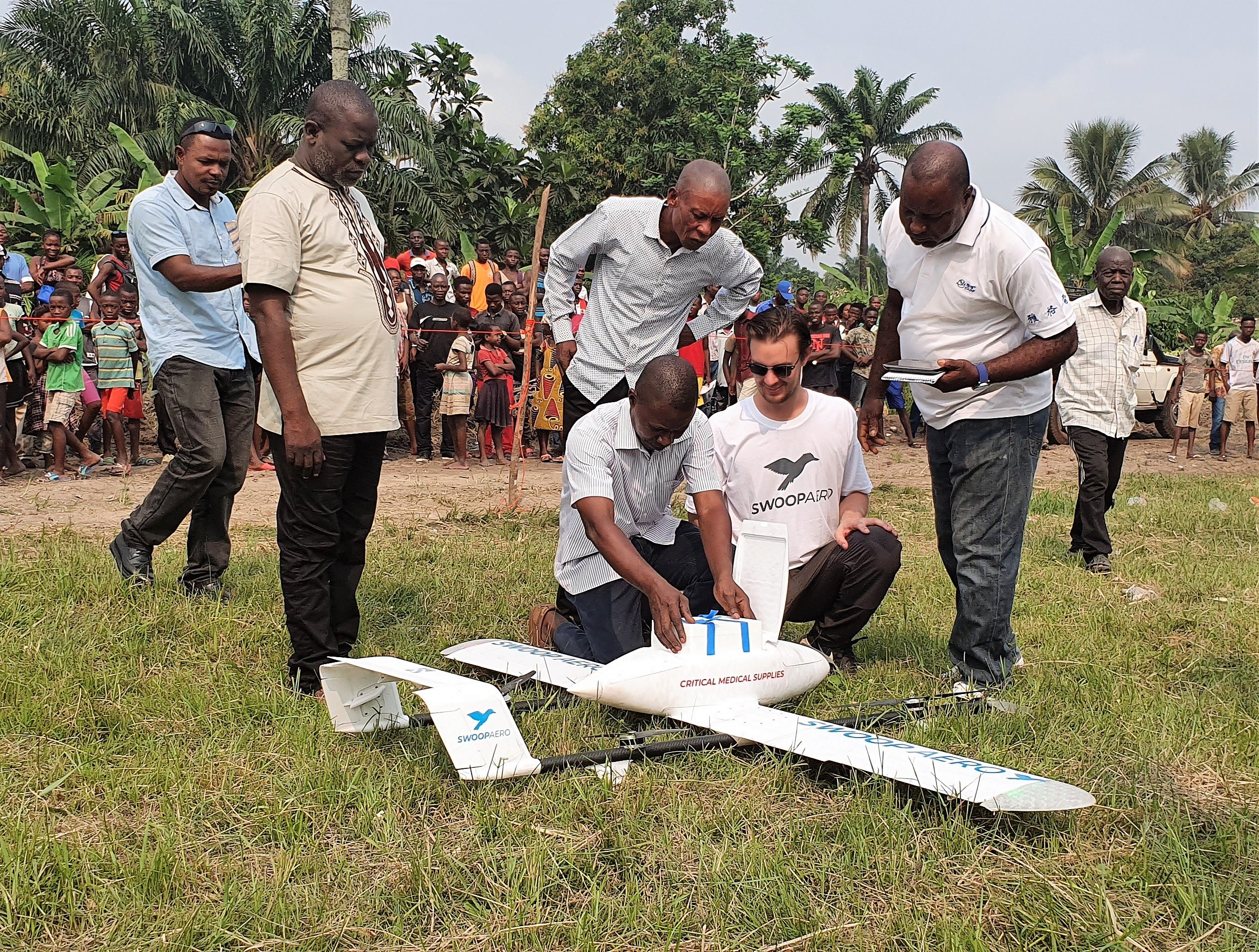 Melbourne-based drone startup Swoop Aero, which is working with aid agencies and the UN to deliver urgent medical supplies to remote areas, has received a multi-million-dollar investment from VC firms Tempus Partners and Right Click Capital.

Tempus partner Alister Coleman and Right Click’s Garry Visontay, will join the company’s board as part of the deal.

The total investment was undisclosed, but the funds will be used for the drone venture to launch in Australia, New Zealand and South East Asia during the the second half of 2019.

The venture has recently launched operations delivering vaccines in the Democratic Republic of Congo (DRC) in central Africa, where an Ebola outbreak has reoccurred.

The project is a joint venture with the DRC Ministry of Health, and charities VillageReach and Gavi, the vaccine alliance.

The initial five-day trial saw Swoop Aero run 50 flights between the local hospital and four health centres deep in the equatorial forest, covering over 2000 kilometers and delivering two months of vaccines and medical supplies, as well as returning with time-critical blood samples for testing.

The 20 minute flights replaced what is typically an 80km six-hour round trip by land.

Last year, Swoop Aero made a world-first commercial delivery of vaccines by drone in a four-month trial with UNICEF and the Vanuatu Government. It resulted in 500 children on 80 islands, who others had to travel up to eight hours to a health centre, to be vaccinated
hours travel to reach the main provincial health centre.

“Our trial program in the Tafea and Shefa provinces of Vanuatu has been hugely successful, with drones providing the perfect solution to Vanuatu’s geographic landscape and limited infrastructure,” Eric Peck, who is also the company’s CEO, said.

Peck said his startup is looking to scale operations in 2020, delivering essential supplies and medical samples by drone to a range of global locations.

“Our operations team includes former air force pilots, current commercial pilots, and leading engineers, meaning we are ideally positioned to enable access for in-need communities in locations that have previously been the hardest places to reach in the world,” he said.

Alister Coleman called the startup “an incredible company” deserving of the backing from Tempus.

“On-time delivery of pharmaceuticals and pathology across long distances holds back the progress of modern medicine, and Swoop Aero’s disruptive work across the globe, including in the DRC and Vanuatu, is re-shaping the bounds of healthcare, pathology and critical drug
delivery,” he said.