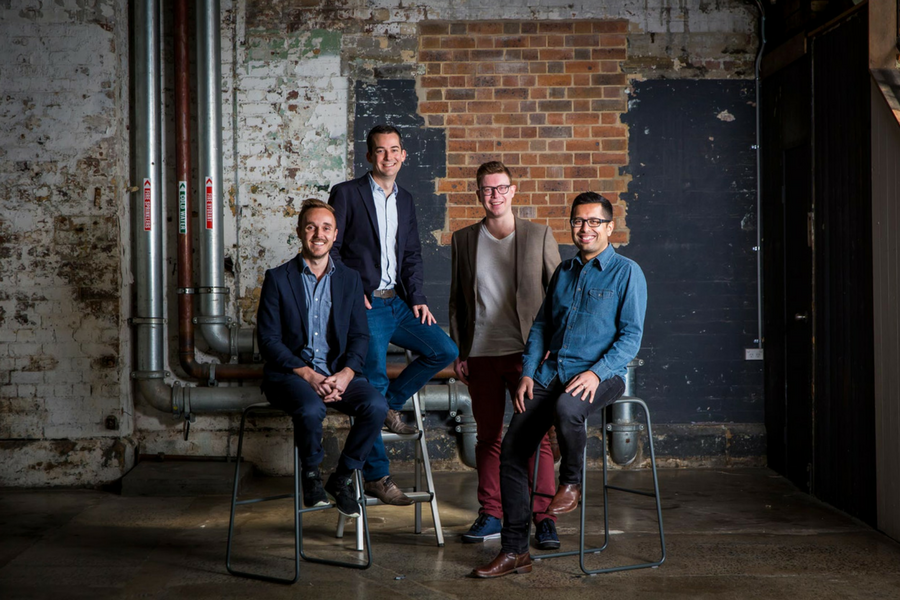 New startup Spaceship is set to launch as a mobile-only superannuation fund after receiving $1.6 million in a funding round led by Atlassian cofounder Mike Cannon-Brookes. Spaceship aims to change the way people manage their super and what they invest in, by enabling people to invest into technology-driven startups and companies.

Founded by a team of four entrepreneurs who have worked in various roles across the startup landscape and financial services, Spaceship wants to change the way young Australians think about their superannuation and what it can do.

In late 2015, Dave Kuhn, founder of artificial intelligence platform Chorus and Andrew Sellen from Australian Ethical Investment discussed the idea of creating a super fund for technology and startup investments over a beer. It was from this beer that Paul Bennetts, venture partner at AirTree Ventures and Kaushik Sen, ex tech guru at AMP, INGm and ANZ came on board to create an entirely new Australian super fund.

Andrew Sellen, CEO of Spaceship, said, “Apart from being a brilliant engineer, Dave is one of the few people I knew who I could say ‘let’s start a super fund’ to without dismissing it as crazy.”

Through an artificial intelligence app, Spaceship looks to reinvent the ways super funds interact and engage with their customers. One of the features of the app is a one tap functionality through which users can find, combine and transfer their other super accounts into their Spaceship account.

Spaceship looks to communicate with its customers solely through digital channels to eliminate the use of sending out paper forms; the way Spaceship sees it, millennials are already on the move into a cashless and paperless society and it hopes to tap into that.

“It’s insane that many super funds are still sending out paper forms. We communicate through digital channels only, and make it extremely easy to get stuff done, like our instant super find, and one-tap combine functionality that you can do in the Spaceship app when you sign up,” said Sellen.

This focus on the digital and the future is at the core of the venture and the philosophy it will take into its investing. Bennetts, CIO of Spaceship, believes that people need to start investing in the future and not the past, for where the world is heading and not where it’s been.

The Spaceship portfolio will be overweight in tech so people can start investing in companies like Apple, Google, Tesla, Uber and Snapchat. Bennetts believes there is a reason why the five top companies in the world are tech, and so the average person’s investments should also reflect that.

“With most super funds there’s a good chance that a very large investment is in one of the big four banks, plus the mining and resources sectors. We think that’s risky, we think that there’s a high chance of disruption for those companies in the coming decade,” he said.

The concept of investing super into tech isn’t new – it was only yesterday that AirTree Ventures announced Australia’s largest VC fund at $250 million, with part of this raise coming from two undisclosed superannuation funds, along with private investors and family officers. The two super funds chose to make AirTree their largest single investment venture, showing their support of startups and scale-ups in the APAC region.

Ahead of its launch, Spaceship has announced backing from some key investors, including Cannon-Brookes; Vinomofo cofounder Andre Eikmeier; Simon Clausen, an early investor in Salesforce; Leigh Jasper, founder of Aconex; and Mike Baukes and Alan Sharp-Paul, cofounders of UpGuard.

While all super investments have risks no matter what, investing a portfolio of purely tech does seem to put all your eggs in one basket. Since Spaceship is targeting the millennial market of 18 to 35 year olds, it will be interesting to see just how much of the market they will attract.

It is true that millennials are using tech and startups every day by catching Ubers instead of taxis and staying in Airbnbs instead of hotels, and that it’s these tech companies combined that are injecting more than $90 billion of revenue into the world’s economy, but it cannot be denied that, in Australia at least, there is work to be done to actually educate many millennials about the business of tech and startups beyond just the convenient service – and superannuation in general.

To start with, Bennetts said Spaceship will be investing in public tech companies and before looking to private companies like Uber and Snapchat.

“We’re hoping to start adding private company stocks in a few months after launch and over time we’ll be able to invest in smaller companies closer to that startup stage, and Australian and international VC funds. We’re hoping to escalate that fairly quickly within first year of launch,” he said.

However, Bennetts would not say at what stage of their startup journey a company would be eligible for the platform. Of course, it’s still early days, with Spaceship aiming to launch before the end of the year. Over the next 12 months the team is making it their mission to educate everyone on what Spaceship is and why it’s the future of superannuation.