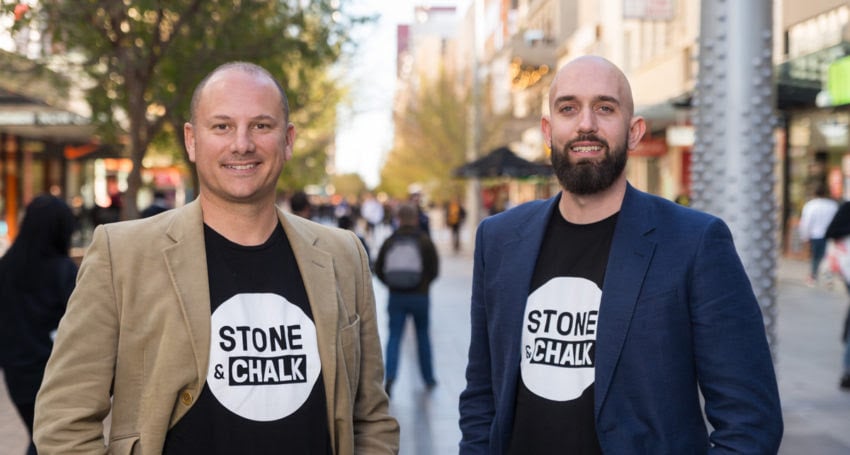 The tech startup hub is already home to 130 entrepreneurs from 30 startups and aims to become South Australia’s home of innovation.

Stone & Chalk also has offices in Sydney and Melbourne. It is among a number of local and international tech, space, defence and cyber companies to establish a presence at Lot Fourteen in Adelaide.

“South Australia has been embedded in the space industry for decades and with the pending arrival of the Australian Space Agency and Australian Institute of Machine Learning at the South Australian government backed Lot Fourteen, we have a breeding ground for collaboration within the Space and AI sectors,” Kirk said.

The Adelaide-based co-working space is expected to create 300 new jobs in three years.

Earlier this month, CyberOps announced a partnership with the Australian Department of Defence to determine how space technologies could be used securely for military operations. The contract allows CyberOps to develop a security framework for nano-satellite development programs and operating systems.

Adelaide’s Lot Fourteen aims to be become the largest innovation precinct in the Southern Hemisphere.

Lot Fourteen, which is located at the former Royal Adelaide Hospital site, aims to become the largest innovation precinct in the Southern Hemisphere as part of a key action in the Future Industries Exchange for Entrepreneurs (FIXE) Strategy launched by the South Australian Government in June.

The site’s heritage-listed buildings have been marked for significant adaptive re-use onsite, which has been coupled with the construction of new commercial buildings to accommodate a variety of tenants including the Australian Space Agency, Australian Cyber Collaboration Centre and the Australian Institute for Machine Learning.

Together with today’s official opening, Stone & Chalk is celebrating the milestone of raising over $500m in capital investment through its Impact Network, since 2015.

South Australian startups are also getting a share with new capital raises from Andre Eikmeier, Founder of Good Empire ($250k) and Alison Nikula, CEO and co-founder of CareApp ($500K).

“Our South Australian home places us in the perfect location to drive growth for startups in the emerging space, defence, cyber and AI sectors,” Scandurra said.

“We welcome startups everywhere to apply now if they wish to gain the Adelaide advantage and accelerate their business growth as well as open our arms to new partners that wish to tap into the capabilities and reach of our Impact Network.”

Previous article 5 things you should know about tech today
Next article Technology won’t make everyone a billionaire, but it shouldn’t leave them poorer, either
Via Topics
Tags adelaidecontributor postStone & ChalkThe Lead