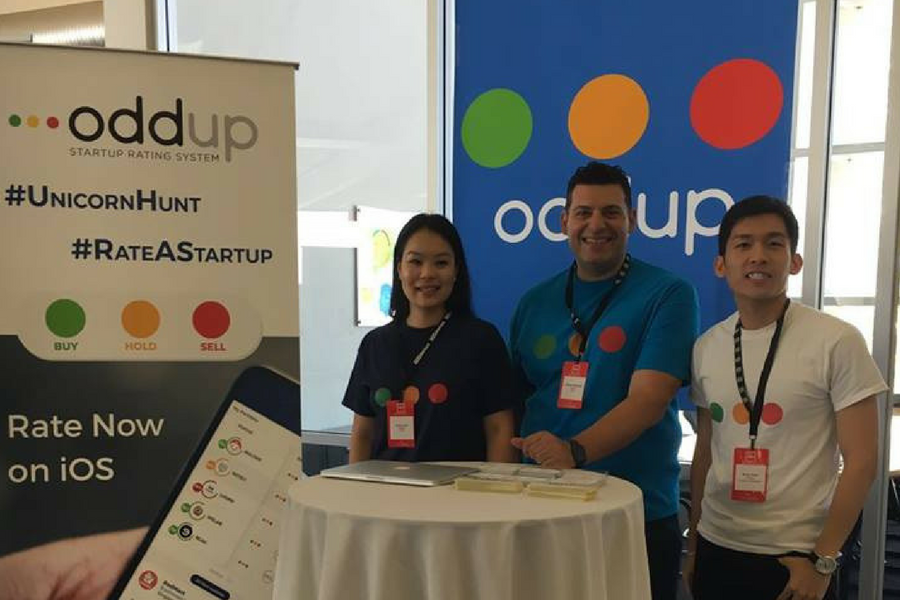 Hong Kong-based startup research and analytics platform Oddup has announced today that it has raised US$6 million (AU$8 million) in a Series A round led by Indian media giant The Times Group, which will be used to fuel the business’s expansion across India and Asia.

Alongside The Times Group, the round also saw contribution from existing investors 500Startups and Click Ventures, as well as new investment from Silicon Valley’s Monestra Ventures and White Capital.

The fresh funding brings the total raised by Oddup since it was founded by Australians Jackie Lam and James Giancotti in 2015 to US$7 million ($9.3 million).

The Oddup platform aims to empower investors and researchers with detailed financial information and analysis on startups to assess whether they are, essentially, investable.

It rates startups from across the globe on a scale to 100, looking at their future valuations and chances of success. With this, startups are rated as either buy, hold, or sell.

Scores are based on mix of analyst input combined with data from a custom-built algorithm; Oddup’s analyst team consists largely of former Goldman Sachs employees.

The Series A round follows a rapid period of growth for the startup, who over the last year established partnership with Thomson Reuters to help expand its startup data offering and launched in multiple cities across South East Asia. Among its other customers are JP Morgan, BNP Paribas, and Goldman Sachs.

Expanding internationally came hand in hand with Oddup releasing an updated version of its platform to support the Asian market, aiming to increase the news coverage and analytics of Asia-based startups available on the platform.

“Exactly 18 months ago we set up a team based in the Silicon Valley to facilitate, assist and showcase the India opportunity to global entrepreneurs. Oddup is such a fast growing global startup that we decided to back and lead their way into India,” he said.

Jackie Lam, cofounder and COO of Oddup, said The Times Group’s distribution networks and coverage will be instrumental in furthering the startup’s growth and global presence.

“This funding allows us to strengthen our research and coverage on a global scale. Our core goal remains the same and that is to help investors better understand the startups they are interested in,” she said.