Western Australia’s first Binar spacecraft returned to Earth as a fireball. Here’s what we learned 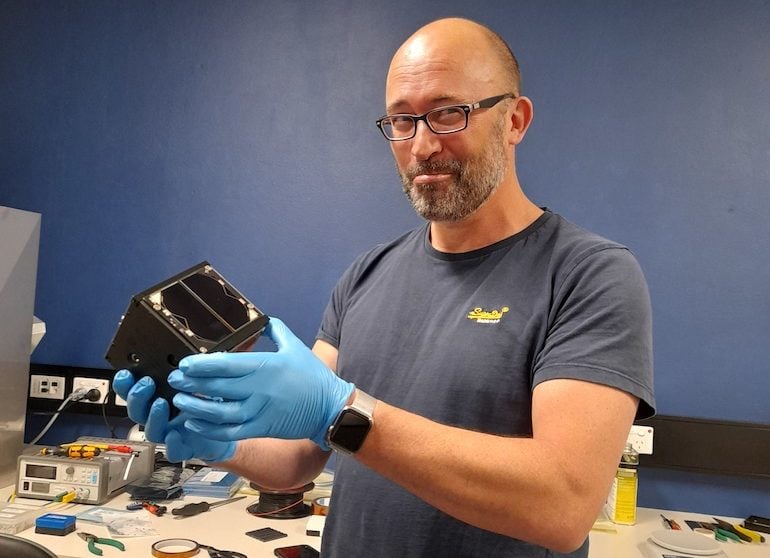 This weekend marked a milestone for Western Australia’s Binar Space Program as its first satellite Binar-1 lived up to its name.

Binar is the word for “fireball” in the Noongar language spoken by the Aboriginal people of Perth. Binar-1 became a real “Binar” as it re-entered Earth’s atmosphere over the weekend. Although the chance of it being seen over Australia was low, with the right amount of luck it would have appeared as a shooting star in the night sky.

Binar-1 was built by a team of PhD students and engineers at Curtin University’s Space Science and Technology Centre. Its mission: a technology demonstration to test whether the innovative design – all systems integrated on a single circuit board at its core – would survive in space.

Although parts of the mission were not a complete success, owing to some last-minute design changes, that goal was still achieved.

Binar-1 is a 1U size CubeSat, meaning it measured just 10 centimetres across, roughly the size of a lunchbox. Don’t let the size fool you – the satellite was packed with microelectronics to optimise its volume for countless future science and education missions.

It was launched to the International Space Station on August 29 2021 aboard a SpaceX resupply mission, and deployed from the station’s Kibō module. 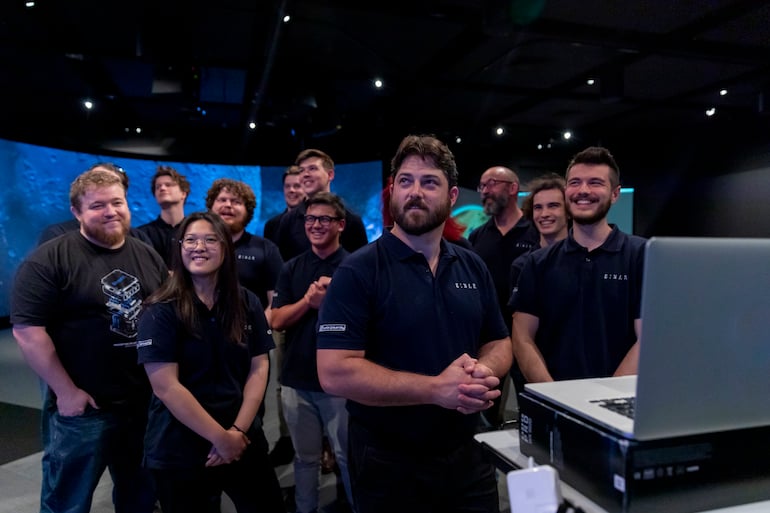 Lock down high-level mission objectives at the beginning

From the start of the mission, the team struggled to grasp what was achievable with the time and money available. This cost us valuable time, as redesigns were necessary every time we defined a new objective. Once we realised a technology demonstration was our true target, we could nail what we were trying to deliver.

Be prepared for delays

By having a plan for delays, we can be more agile when it comes to tight launch deadlines. With Binar-1, we assumed our test schedule would stick to the timeline, but this was never likely.

For our next launch, we’ve prioritised which tests we know are essential and which tests we can drop, so we can make better choices when it’s time to meet our deadlines.

One of the challenges we faced was testing our designs in a manner that replicated the satellite’s behaviour in space. It may seem like an obvious lesson – but using the antennas to test your satellite systems, instead of that convenient USB port you had designed it with, makes a big difference.

Prepare for operation throughout the design process

You can’t learn this lesson without actually flying the satellite – but we certainly were not as prepared as we could have been for operations.

The number of tweaks to the ground station and command and control processes once our satellite was already flying made it clear that involving the operation plan from an early stage will prepare you for mission success.

Remove as many assumptions as you can

A few too many assumptions were made during the design, which certainly affected the assembly and testing of Binar-1. For example, we assumed the radio module we tested on the ground worked the same as the one we sent to space – but that wasn’t the case, leading to some frantic last-minute changes that eventually meant we didn’t get the images or data we hoped for from orbit.

For our future missions, all assumptions need to be vetted by the entire team to minimise the impact they can have on a mission if the assumptions are inaccurate. 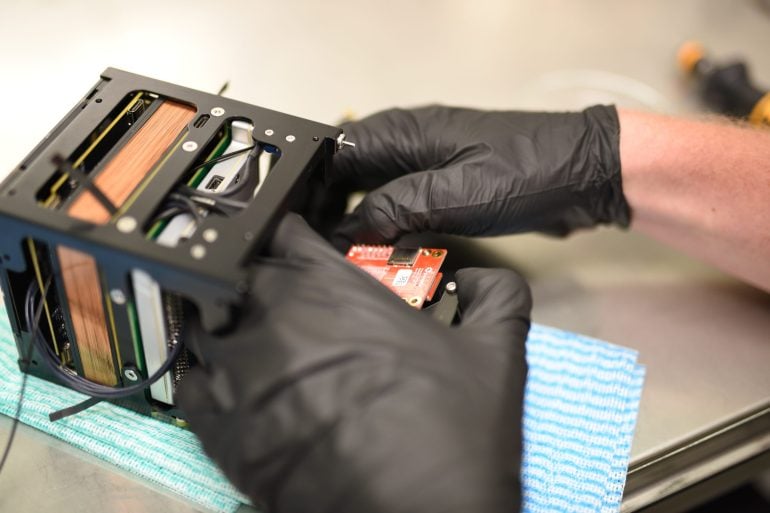 Installing the star-tracker camera payload into Binar-1. The star tracker was designed and developed by undergraduates at Curtin University. An improved version will fly on Binar-2, 3 and 4. Photo: Curtin University

Onward with the mission

The Binar Space Program and the Space Science and Technology Centre are now preparing for their first real science mission. On board our three CubeSats will be a radiation material test performed in collaboration with the CSIRO, a software experiment letting the spacecraft make decisions on its own, and a few others designed by undergraduate students at the university.

But the mission’s final piece of science won’t come until it too meets its fiery end – it’s our very own attempt to catch a falling star, a tracking system to identify exactly when each of the next spacecraft will become a Binar.

Our current spacecraft burn up before they reach the ground, but eventually, we hope to return one of our satellites to Earth in one piece, and this tracking system is just one of many small steps towards this massive goal. If you want to follow along and catch these fireballs with your own eyes in the future, you can read more on the Binar Space Program website.

Previous article Uber kills off Car Next Door brand ahead of US play
Next article The Census reveals there’s been a boom in IT-qualified Australians over 5 years, but there’s still a massive skills gap
Via Space
Tags curtin universitysatellitesspace

Filipe Cardeira is a property entrepreneur and the founder of StartUp Groovy. He writes about entrepreneurship and lean startups.