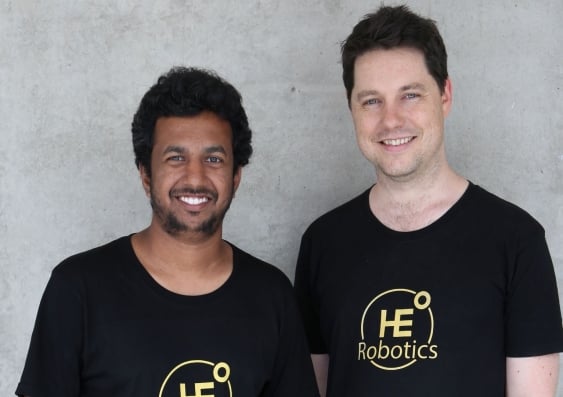 As tens of thousands of satellites are launched into orbit over Earth, UNSW Sydney startup HEO Robotics is looking to launch a space camera next year to help them keep an eye on their space assets.

With tech companies ranging from Elon Musk’s Starlink to defence, weather and Internet of Things tech startups all launching satellites, the HEO Robotics camera, named Potoroo, will offer high quality images for satellite owners and operators to monitor the status of their assets and stage earlier interventions on any issues.

HEO Robotics co-founder Dr Will Crowe said his on-robot inspection camera will mean critical data can be reported within the hour, were it previously took up to 72 hours.

“This mission is a crucial step towards building our orbital camera network that advances both space situational awareness and the ability to react quickly to space debris creation events,” he said,

“Tens of thousands of satellites are planned for launch over the next several years, so it’s essential that Australia has its own sovereign satellite capabilities like these, to fully inform our decision makers.”

The danger for those satellites is an increasingly amount of ‘space junk’ also orbiting Earth at high speed with the potential to collide with the critical infrastructure.

Dr Crowe has turned to another local spacetech startup, Space Machines Company (SMC), to get the Potoroo into orbit.

“Access to space rapidly improved over the last decade due to advancements surrounding electronics and launch systems as well as the increased involvement of private space companies and research organisations,” he said.

HEO Robotics was part of the UNSW Founders Program in 2017 and has continued to be mentored through the program since.