Swinburne uni startup co-founded by an astrophysicist lands $1.5 million to solve one of the most terrifying problems in mining 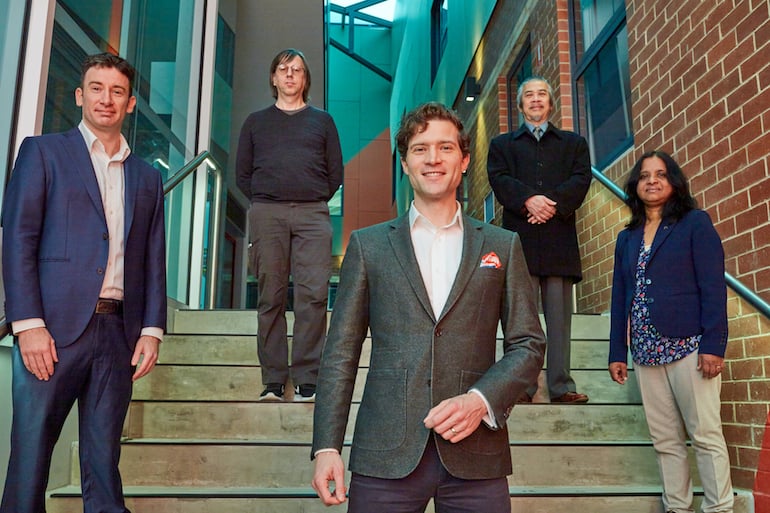 Mining tech startup, mDetect, has received a $1.5 million co-investment grant from the federal Government’s Advanced Manufacturing Growth Centre to commercialise its solution for one of the most dangerous problems in mining globally.

When a tailings dam at an iron ore mine in Brazil collapsed in 2019, it killed 270 people. A similar collapse in 2015 at another site owned by mining company Vale, the Samarco dam disaster, killed 19 people and holds the record for the biggest spread of toxic pollutants, covering 670km of watercourses.

But mDetect, co-founded by renowned astrophysicist Professor Alan Duffy, has a solution that can prevent those catastrophes. His concept uses particles from space, known as muons, to help mining companies detect weaknesses in dams that hold highly toxic waste.

The ground-breaking early warning system has the potential to revolutionise how mining companies monitor the stability of the tailings dams. Around three tailings dams fail worldwide every two years, but until now there has been no detectable early warning signs from deep within the walls to prevent failures.

The startup combines the deep technical expertise and research of Prof. Duffy, Dr Shanti Krishnan and Craig Webster, with the business acumen and startup experience of Dr Eryadi Masli and Dr Jerome Donovan. mDetect is a spin-out from Swinburne University of Technology.

Professor Duffy said muons are heavier versions of electrons, made when cosmic rays slam into atoms in Earth’s atmosphere.

That tech can provide intelligence on the internal structures and substances of buildings, infrastructure, and subterranean and aquatic features, opening up a range of commercial opportunities for the construction and mining industries.

“The important work of mDetect, led by Swinburne’s Professor Alan Duffy, is emblematic of Swinburne’s cutting-edge research and our ability to market innovative ideas. This is paving the way for successful research commercialisation that provides real solutions for industries,” he said.

“It is projects like this that best exemplify our vision of bringing people and technology together to build a better world.”

Among the early adopters of the technology is OZ Minerals, which is deploying mDetect devices at their tailings dam in the Carrapateena Province.

“Their product offers a world-leading solution that has the potential to detect, prevent and mitigate failure of tailings dams across the world,” he said.

“Any investment in the prevention of tailings dam failures not only ensures mining operators can operate safely, but also reduces the chance of untold ecological, social and financial impacts from such adverse events.”

mDetect will work with local manufacturing company Elgee Industries and Swinburne’s Factory of the Future to produce the muon devices at scale. Connecting the devices and turning detections into underground images will be undertaken by Swinburne’s Astronomy Data and Computing Services (ADACS) software development team. 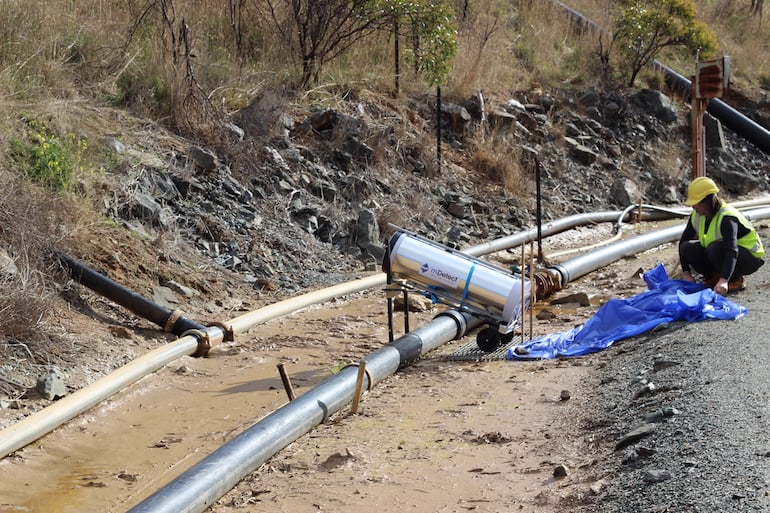 mDetects’s early warning system in use at a tailings dam