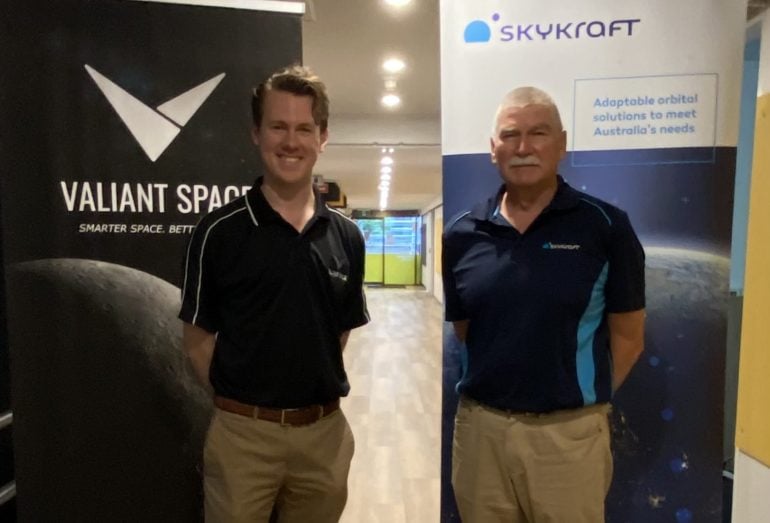 Australian satellite propulsion startup Valiant Space will launch a payload onboard a SpaceX Falcon 9 mission in June this year as it looks “green” the space sector.

The primary focus of the mission is to test a new propellant valve developed for Valiant’s flagship thruster, the VS-1. If successful, it will significantly lower the risk of a key component of the thruster.

Valiant is developing its in-space thruster for the growing small satellite market. In-space chemical thrusters like the VS-1 are required for a wide range of manoeuvres, including for orbit insertion, orbit maintenance, collision avoidance, and de-orbiting, and are critical for conducting deep space missions.

But the space sector has traditionally relied heavily upon carcinogenic propellants for the job. Valiant has developed a system using non-toxic and readily available propellants, which aims to dramatically improve the safety and reduce logistical complexities associated with launching satellites to space.

CEO and co-founder Andrew Uscinski said the mission is an important step towards building customer confidence in the VS-1’s performance.

“We’re very excited for this flight,” he said.

The June follows follows a $200,000 grant from the Australian Space Agency last year, as part of the Moon to Mars Initiative, to help Valiant develop the VS-1.

Last month, the Valiant team completed the final preparations in advance of the SpaceX flight. The payload was successfully integrated within the Skykraft satellite, clearing the way for environmental testing to commence. This process entails the satellite undergoing a number of tests to ensure it can withstand the rigours of launching to space.

The mission will mark the start of a campaign to build spaceflight heritage on Australia’s first in-space chemical thruster, with additional missions being developed that will see more Valiant hardware launching to space towards the end of 2022 and start of 2023.