The deal will see Myriota, which has its own small fleet of nanosatellites, piggyback on Spire’s low-earth orbit nano-satellite network to accelerate its IoT plans.

The Australia company is Spire’s first first large-scale, commercial, IoT-focused customer. Spire, which has offices in the US, Scotland, Luxemburg and Singapore, listed on the NYSE last month and is worth more than A$3 billion. 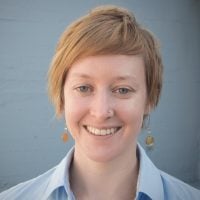 Spire (NYSE: SPIR) is a global provider of space-based data, analytics, and space services, with one of the world’s largest multi-purpose satellite constellations. They’re equipped with a range of software-defined radios (SDR) that let partners test, deploy, operate, and scale custom applications.

The deal will expand Myriota’s existing coverage in North America, Australia and New Zealand to other markets including Europe. The company, based at Lot 14 in Adelaide, has launched seven nano-satellites into orbit, with the goal of having 44 above the earth by the end of next year.

“Australia is a hotbed of innovative companies, and it’s gratifying to help a leading satellite connectivity provider go to market quickly and scale up efficiently,” she said.

The company used Elon Musk’s SpaceX to launch its first satellite in 2018.

It launched the first of its second-generation nanosatellites with Rocket Lab earlier this year.

Previous article 50 companies, 120 founders backed: the incredible achievements of Antler Australia in its first two years
Next article FULL OF IT: It looks like the new iPhone iOS 15 software is going to need an update pretty quickly
Via Space
Tags IOTmyriotanano-satellitesnewsSpire