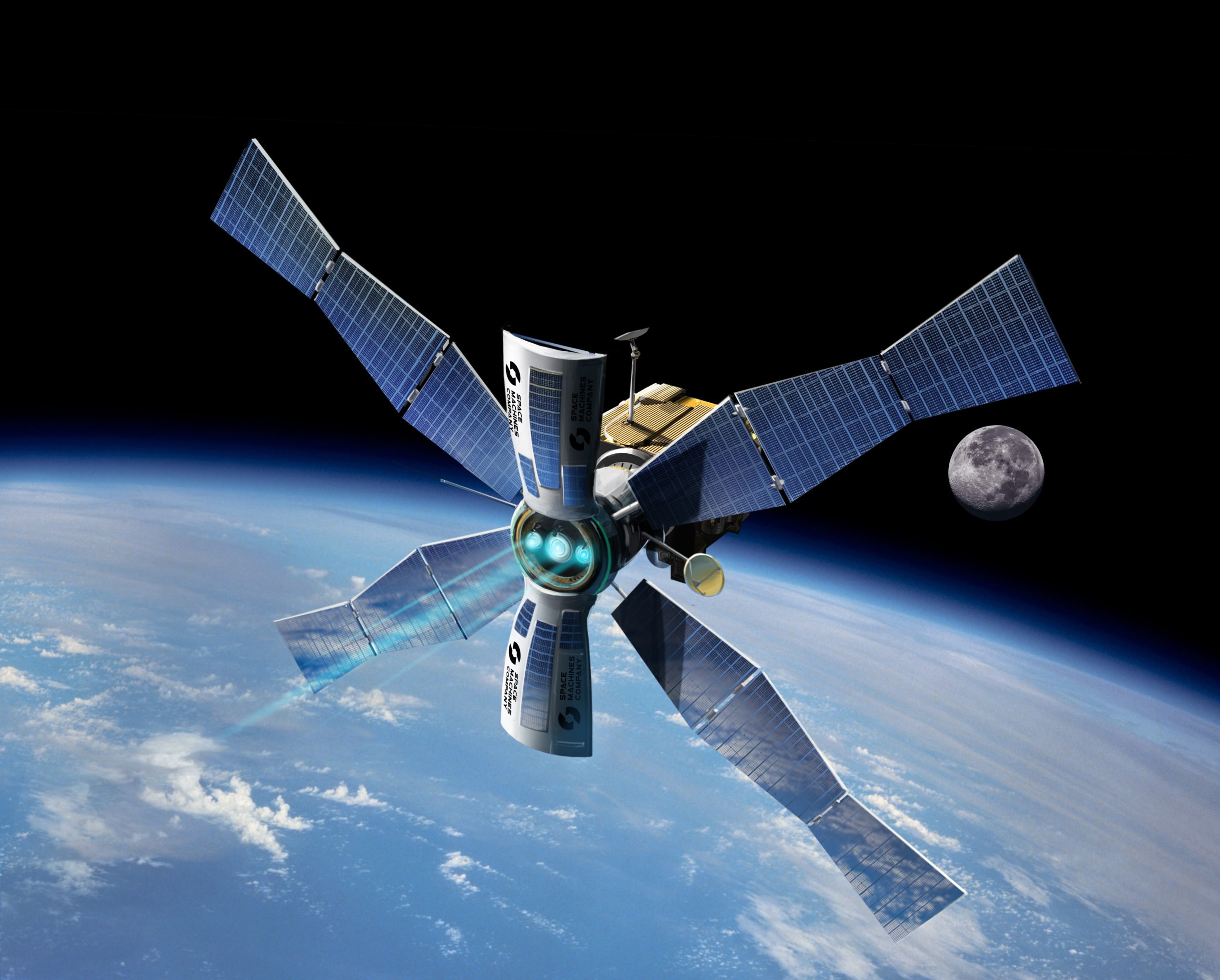 An artist's impression of the Fireball International bushfire detection satellite.

Space Machines Co.’s ‘space taxi’, Optimus-1, carries passenger satellites to orbit around Earth, or potentially to higher bodies like the Moon or Mars. The company has a deal with Gold Coast rocket developer Gilmour Space, which is building an Australian-designed commercial payload rocket.

Fireball International’s technology provides automated, space-based bushfire detection and tracking that can detect fires within minutes of them first being ignited.

Co-founder and CEO Christopher Tylor said having Australian-based launch and in-space transport capabilities was important to his startup’s ambitions.

“Not having to look overseas for launch and in-space transport capabilities reduces cost and complexity for Fireball.International, which translates to better fire protection at a lower cost for Australia,” he said.

Space Machines Company founder and CEO Rajat Kulshrestha said they were proud to be part of the deployment of vital and pioneering Australian space technology.

“The fact that three Australian companies are joining to accomplish this vital mission is evidence of a growing sovereign industrial capability in space technology in our country,” he said.

“Space technology has vital real-world applications, and it’s important for Australia as a country to build and own the technology that allows us to explore the possibilities space offers – from deep research for our scientists to ventures like this that will make us more resilient against extreme weather events.”

Space Machines Company has contracted Gilmour Space Technologies to launch the largest commercial satellite built in Australia in March 2022 to test their platform.