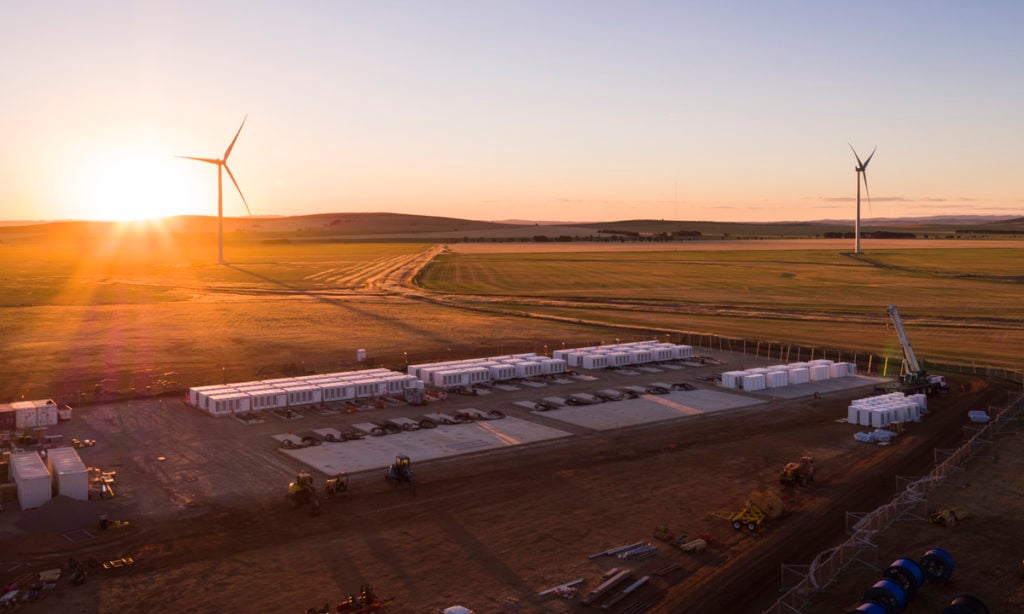 The $200 million “Big Battery”, installed in South Australia in 2017 by Elon Musk’s Tesla company, has almost paid for itself, saving consumers around $116 million in higher power costs in 2019, a study by engineering and project management firm Aurecon has concluded.

That figure is nearly treble the $40 million saving in 2018.

The Hornsdale Power Reserve (HPR), 230km north of Adelaide, is owned and operated by French renewable energy producer Neoen, and connected to the company’s adjacent wind farm. It holds enough power for 8,000 homes for 24 hours, or more than 30,000 houses for an hour during a blackout

The lithium-ion battery is partly the result of a 2017 Twitter bet between Musk and Atlassian co-founder Mike Cannon-Brookes that Tesla would supply the battery within 100 days or it was free.

In November last year, Neoen announced plans to increase the battery complex’s size by 50% to 150MW, to be competed in the first half of 2020. It remains the largest battery in the world.

“Alongside additional power system reliability and continued cost savings to consumers, the expansion will provide an Australian-first large-scale demonstration of the potential for battery storage to provide inertia to the network which is critical to grid stability and the future integration of renewable energy,” Neoen said in announcing the expansion.

The South Australian Government helped fund the project with $15 million over five years, alongside $8 million from the Australian Renewable Energy Agency and debt financing from the Clean Energy Finance Corporation.

Quick deployment by the Hornsdale battery reserve stopped power prices spiking more than 50-fold in some instances, with prices stabilised at $270MW rather than climbing above $11,500MW in one incident.

“Upon the introduction of HPR into the FCAS markets, average yearly regulation FCAS costs from South Australian generators fell from a high of $470/MWh to less than $40/MWh, where they remain today, resulting in considerable savings in South Australian energy costs,” the Aurecon report says.

The Hornsdale battery “put considerable downward pressure on prices, especially in the Raise Regulation FCAS market,” Aurecon concluded. Without it being part of the energy mix, bid prices from other energy suppliers jumped by 25-39% in that market.

When South Australia was disconnected from the NEM during one incident last November, it saved $14 million over five hours after the Heywood interconnector went down. Nonetheless, 88% of the cost reductions occurred when the battery was connected to the other NEM regions

“HPR has responded to three South Australian separation events since entering service. On each occasion it has supported system security for the South Australian network by responding with its Fast Frequency Response capability to reduce the severity of the disturbance and support a return to normal frequency conditions,” Aurecon said in its report.

The impact its most noticeable on the Regulation FCAS side, with average prices sitting at around $450/MWh two years ahead of Hornsdale coming online, to sitting just above $20/MWh once it began feeding into the system.