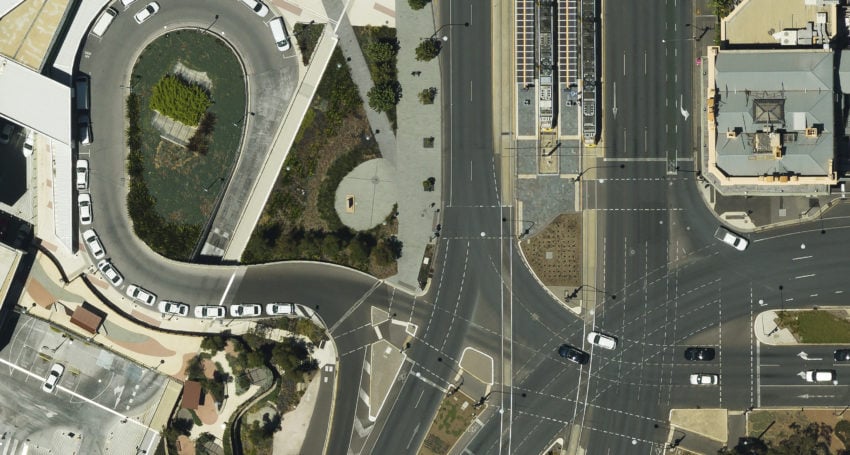 Based in Adelaide, South Australia, the newly listed company (ASX: AMX) has built 3D modelling into its MetroMap subscription service as well as launching its own high-flying camera to capture the images.

Aerometrex Managing Director Mark Deuter said proceeds from the company’s recent oversubscribed A$25m initial public offering will be used to expand the capture programs as well as sales and marketing efforts to capitalise on strong demand for the service.

MetroMap is an online aerial imagery subscription service with highly accurate geospatial data viewed through a web browser interface, to which Aerometrex has added 3D models.

“MetroMap 3D is a convenient and user-friendly way to consume our 3D datasets,” Deuter said.

“The tools even allow users to measure vertical faces of buildings or other 3D features.”

The service is now operating Australia-wide, with four captures per annum being flown for most capital cities, and many regional cities and rural shires also being added to the database.

Deuter said the service would be enhanced by the company’s new MetroCam camera, which allows highly-efficient imagery capture from Aerometrex’s existing fleet of aircraft.

The camera has been designed to produce 5cm imagery at the same flying height typically used to generate 7.5cm aerial imagery, which allows Aerometrex to fly high over the crowded airspace around cities without compromising resolution.

Deuter said the MetroCam was designed by its technical team in Adelaide and built in the United States by a specialist camera manufacturer in less than a year.

“It has been put into service over Adelaide and has produced very high-resolution imagery from high altitude flights,” he said.

“MetroCam will enable the company much more control of this cost and development path.”

Aerometrex, which has been operating for 30 years, has achieved annual revenue growth from $9.7 million to $16.1 million over the past two years with strong industry and government support for its aerial photography, photogrammetry, LiDAR, as well as high resolution, high-accuracy 3D modelling.

“The United States and Europe offer strong opportunity for our 3D modelling service and we plan to establish a permanent United States presence,” said Deuter.

“The heart of our business is geospatial technology and this underpins many of our key institutions such as security of land tenure, local government asset and disaster management or provides the information needed to plan and cost major engineering and infrastructure products.”

Aerometrex was expected to have a market capitalisation of approximately AUD$95 million when it listed on the Australian Securities Exchange on December 10.

But demand for its 25 million IPO shares valued at $1.00 each led to the initial offer closing many times oversubscribed.

The company’s shares were valued at $1.94 this morning.