Here’s what Todd Sampson got wrong on the claims in ‘Mirror Mirror’, based on actual evidence 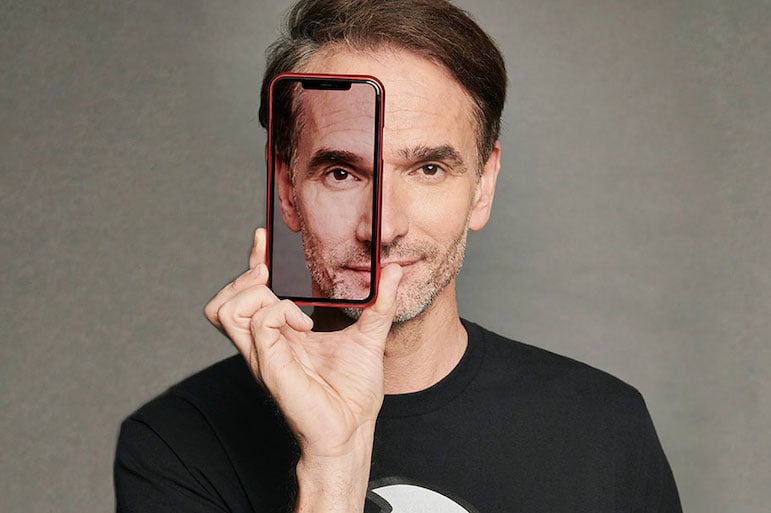 It raises important points about the need for awareness and regulation, but these are often crowded out by alarmist tropes that don’t reflect what we know from decades of research into digital technologies. Left unchallenged, they can prompt unnecessary worry and distract us from having important conversations about how to make technology better.

As digital media researchers, here are some of the claims we think people should approach with caution.

The neuroscientist interviewed about this notes that studies have found “correlations” between digital device use and ADHD diagnoses, but the documentary never explains to viewers that correlation doesn’t equal causation. It may be that having ADHD makes children more likely to use digital devices, rather than digital devices causing ADHD.

Even more importantly, longitudinal studies have looked for evidence that device use causes ADHD in children and haven’t found any.

There are other reasons why the science here is much less conclusive than the documentary suggests. Studies that find these correlations often use parents’ estimates of their children’s “screen time” to measure technology use.

This method is now regarded by some experts as an almost meaningless measure of technology use. Parent estimates are usually inaccurate, and “screen time” combines many different technologies into one concept while failing to account for the content being watched or the context of use.

Another key focus in the documentary is the idea that online interactions and relationships are not real and have no value. There are claims about “pseudo-connections” leading to poor mental health and increased loneliness.

Overall, the documentary suggests online communication is fake and harmful while in-person interaction is real and beneficial.

This well-worn trope ignores decades of evidence about the value of online interactions and relationships. Keeping in touch with friends and family overseas, finding people with shared interests, and political organising and activism are all meaningful online interactions.

It’s especially important to recognise that online friendships and interactions can be crucial for LGBTIQ+ young people. These young people suffer disproportionate rates of suicide and mental illness. However, studies have repeatedly shown digital communication tools such as social media provide them with valuable sources of emotional support, friendships and informal learning, and are ultimately linked to improved mental health.

Strangers on the internet?

Mirror Mirror pays a lot of attention to the dangers of children interacting with strangers online. Its most alarmist claim on this topic is that today, the majority of children’s friends are strangers on the internet.

However, research has consistently shown young people mostly use social media to connect with people they already know. However, other kinds of online spaces, like gaming platforms, are also accessed by children and do encourage interactions between strangers. Serious harms can come from these kinds of interactions, although it’s important to remember this is less common than you might think.

A world-leading European Union study of children’s internet use provides a more balanced picture. It found most children are not interacting with strangers online and when children meet friends from the internet in person, it’s usually a happy experience.

The study emphasises that while it’s important to talk to children about managing risks, meeting new people online can have benefits, such as finding friends with similar interests or practising a foreign language.

In the show’s second episode, Sampson states anonymity is “perhaps the biggest killer of empathy” in internet communication. The documentary never defines anonymity and frames it as almost exclusively negative.

While anonymity can be a part of the way people inflict harms online, forcing people to use their real names doesn’t automatically make them behave better.

Research has also shown online anonymity is used for many different purposes, including positive ones. It can reduce online harms such as doxxing and enable consensual sexual interactions. It can also ensure that people who experience marginalisation feel comfortable using the internet without fear of retribution.

Mirror Mirror is too quick to frame anonymity as the cause of online abuse rather than as one of many contributing factors. It’s important we don’t lose sight of these other factors, especially the social contexts of misogyny and racism in which online abuse occurs.

The documentary includes some heartbreaking accounts from parents, young people and women who have experienced devastating harm online. These are real issues and, as Sampson notes, responsibility for fixing them lies with tech platforms, regulators and educators.

We wholeheartedly agree and welcome discussions about regulating big tech and developing awareness and education campaigns.

But we would like to see more practical discussion of how platforms need to change, and fewer sensationalist claims and implicit critiques of individual users.