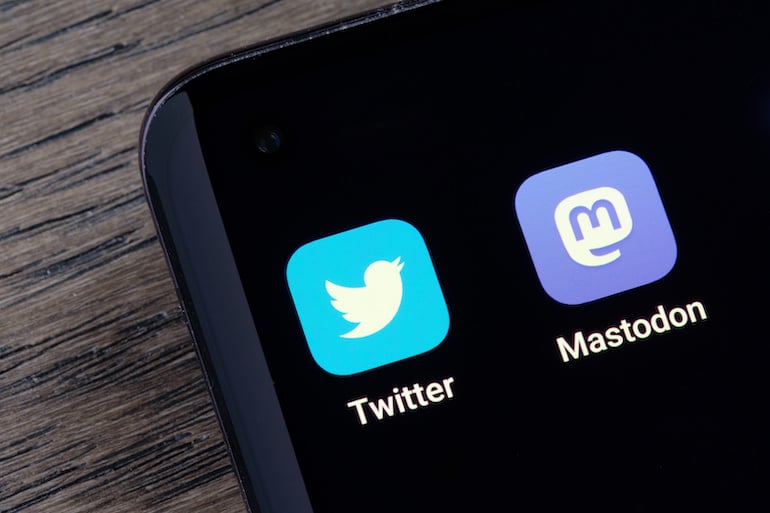 Melbourne-based link-in-bio startup Linktree has been caught up in the latest changes to Twitter under its quixotic new owner, Elon Musk.

Linktree boss Alex Zaccaria, ironically, took to Twitter to argue Musk’s latest diktat was “anti-creator and antithetical” to the foundations of the Internet and Twitter, pointing out that Linktree drives double the traffic to Twitter than flows the other way.

It’s been a hectic weekend for Musk, who banned several prominent journalists from Twitter, declaring “doxxing” a major sin, before revealing his own “assassination coordinates” in several posts from the World Cup final in Qatar – where he was photographed standing next to Donald Trump’s son-in-law, Jared Kushner.

His next fatwah was on users flagging their move to rival platform Mastodon, changing the rules around Twitter links to ban “any free promotion of prohibited 3rd-party social media platforms”.

The offending tweet, where Graham, a strong backer of Musk, said he’s fed up and is heading to Mastodon, remains up, following his reinstatement.

This is the last straw. I give up. You can find a link to my new Mastodon profile on my site.https://t.co/bbmZ4yvAJH

The impact on Linktree is unknown, but two hours after Startup Daily asked for comment on the ban, cofounder and CEO Alex Zaccaria took to Twitter posting his own thread on the issues saying the “proposed” policy – like most Musk edicts, it’s simply enacted rather than proposed – was “anti-creator and antithetical”.

“The proposed update to Twitter’s policy, banning creators from linking to other platforms like Linktree, is at its very core anti-creator and antithetical to the open, free Internet on which Twitter was founded,” he said.

“This move, banning platforms and limiting interoperability, has real life consequences for those who rely on Twitter to earn a living: its users.”

Zaccaria said the ability to cross market audiences and platforms is essential to users.

“Forcing creators to be locked in a walled garden, destroys a creator’s chances for growth, monetization and interoperability. Doing this would hurt creators, not other large platforms. In fact, Linktree users drive almost twice as much traffic back to Twitter than Twitter drives to Linktree. This policy would cut that flow and avenue of discovery, again harming the user.”

Earlier this year, before he paid US$44 billion for Twitter, Musk held similar views, as many now pointed out, when he said: “The acid test fr any two competing socioeconomic system is which side needs to build a wall to keep people from escaping? That’s the bad one!”

The acid test for any two competing socioeconomic systems is which side needs to build a wall to keep people from escaping? That’s the bad one!

Much like Trump, Musk has an earlier tweet for every occasion to contradict what he’s now saying.

While the impact on Linktree has yet to play out, it’s unlikely to hit its bottom line hard. And like most of the policy chaos created by Musk since he took charge, there’ll probably be an acknowledgement from the “free speech absolutist” that his latest ban is overreach, with Linktree forgiven any perceived sins.

Previous article The RBA is gearing up for its digital currency trial – but still can’t see the point
Next article 40 agrifood tech startups, one event: Here’s why AgriFutures evokeAG. is a must for Aussie investors and founders
Via Social Media
Tags Linktreetwitter