Small businesses not doing enough to leverage tech to keep up with consumer expectations, report finds 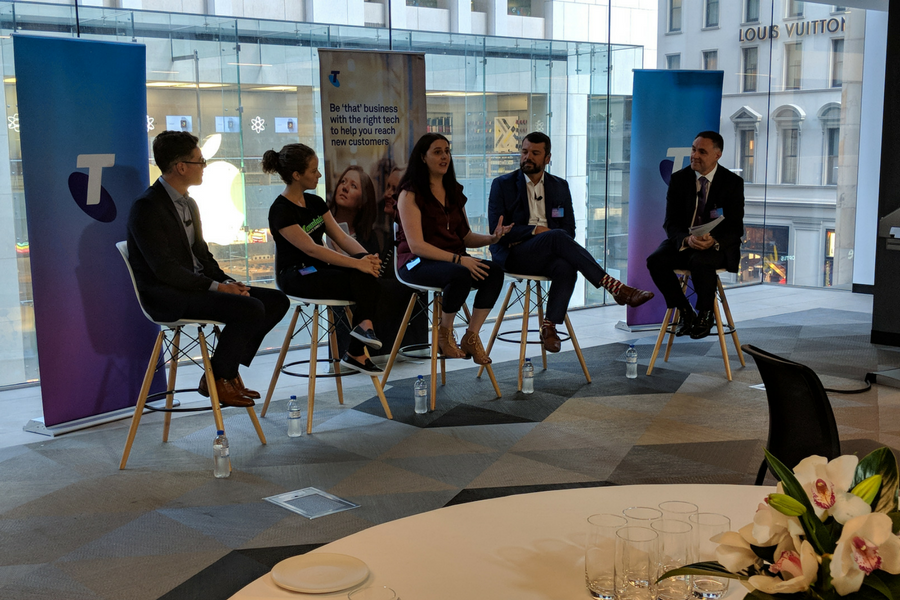 Just 34 percent of small businesses (SMB) see attracting new customers as a primary role of technology within their business, a report has found, with 39 percent believing its most important function is to help them retain customers, and just 16 percent seeing tech as a tool for innovation.

Having surveyed 1,000 SMB owners and 1,000 consumers across Australia, the 2018 Telstra Small Business Intelligence Report found the gap between SMBs and consumer expectations is growing.

According to the report, only 50 percent of SMBs have a website, with 43 percent stating they don’t want one. On the flip side, 48 percent of consumers surveyed stated they will stop considering a business if it doesn’t have a website.

With the time and cost of launching a website identified as barriers by SMBs without one, it seems the free, less time-intensive options aren’t being taken up either: just 66 percent of SMBs have a Facebook page, with 41 percent stating they maintain a social media presence in order to attract customers.

With the question of a website alone too difficult to answer, forget newer tech and gadgets – while 45 percent of consumers stated they would want to use a voice assistant such as Google Home or Amazon Alexa to enhance their customer experiences, 77 percent of SMBs stated they have no intent to use such technology.

“Digital technology is helping create big opportunities for small businesses, but only for those who embrace it. The gap between what customers want and what small businesses are delivering shows up in how customers find businesses, how they prefer to interact and what keeps them loyal and coming back,” he said.

“Where we see a real opportunity for some small businesses is being open to change, safely putting a toe in the water with digital technology and in return, delivering a great experience for customers,” he said.

According to the report, SMBs are in particular failing to deliver the ecommerce experience that customers expect.

The report also found SMBs that do offer online sales or booking tend to overstate the important of a number of ecommerce features, and place less value on those consumers actually want.

The Telstra report echoes the findings of a survey from the Australian Retailers Association (ARA), released last October, which found 38 percent of retailers are bricks and mortar only.

Based on a survey of 146 retailers, the report found understanding of tech’s potential is low, with 56 percent agreeing that technology is a major disruption to their business.

However, 54 percent of the respondents surveyed deemed themselves omni-channel retailers, while a further eight percent stated they operate exclusively online.

For those embracing tech tools, the ARA’s report found almost 70 percent of retailers surveyed have enabled real-time sales visibility, while 62 percent have an integrated point-of-sale (POS) system. However, 49 percent do not have a POS system that operates offline.

Telstra released its report this morning as it launched the Telstra Business Awards, now in its 26th year.

Calling for entries across the categories Emerging and Energised, Small and Succeeding, Medium and Making Waves, and Social Change Maker, each entrant this year will receive a personalised Business Benchmark Report giving them actionable insights and advice on their business.