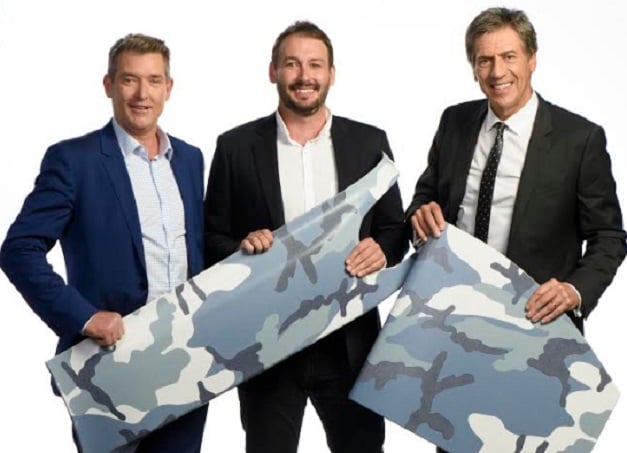 Rhinohide the 4×4 body armour startup from Perth that scored backing from two Shark Tank sharks in 2016, is on the hunt for cash again, this time to fund its launch into the US market.

Founder Marc Berryman has already reached his minimum target of $100,000 with just over three weeks to run on the Equitise equity campaign. Rhinohide is issuing up to 500,000 shares at AU$1 each (NZ$1.06) for up to 11.6% of the venture, valuing the business at more than AU$4.3 million.
The startup raised $791,000 in Series A funding in February this year from existing and new sophisticated investors and has had around $750,000 in sales in the three years since its launch in January 2016, but has yet to turn a profit, posting a $380,000 NPAT loss in FY2019 off the back of $220,000 in sales for the year.
In the last six months, Rhinohide has gone from prototype to full production, selling the body armour to car dealerships and aftermarket accessory stores as well as directly to consumers online.
Rhinohide’s backers include Pet Barn founder Glen Richards, and Morgan & Banks co-founder Andrew Banks in the wake of that Shark Tank appearance, alongside the Perth Angels, Brisbane Angels and Melbourne Angels. Richard is on the board as a non-executive director.
The company’s product range now covers 12 vehicle lines by Ford, Holden, Toyota and Mazda in Australia and it’s US expansion plans are targeting the Wrangler, Ford F truck, Chevrolet Silverado and RAM Pickups.
The US market is 25 times the size of Australia’s and Berryman believes he can generate more than $5 million in revenue with just 0.5% market penetration and now is the time to scale globally.
“Rhinohide is picking up major momentum as we scale at pace and break into new markets such as the USA and Asia and the Middle East. Not bad for a startup from Perth that cut its teeth impressing not one but two Sharks,” says Berryman.
“We carved out a great position within the marketplace having a product which is not only easier to install than our competitors but also protects your car better.  A profitable business and the industry leader in the sector we’re confident that Rhinohide will become a household name within the 4×4 community in all markets by 2021.”
The Rhinohide brand has a full patent granted in Australia, with patents pending in the US, China, Europe, Canada and New Zealand.
EDITOR’S UPDATE: After “unprecedented demand” for the July 2019 CSF offer, with Rhinohide hitting the maximum subscription of $500,000, the company opened a second tranche seeking an additional $250,000. That September 2019 campaign raised an additional $160,000, valuing the businesss at around $4.4 million.
NOW READ: Equity crowdfunding dabble by Shark Tank investor Andrew Banks strikes gold
Previous article Investible’s guide to the 4 things investors need to know when assessing a startup
Next article An $18 million government program backing female founders is seeking feedback
Via Topics
Tags CrowdfundingRhinohide