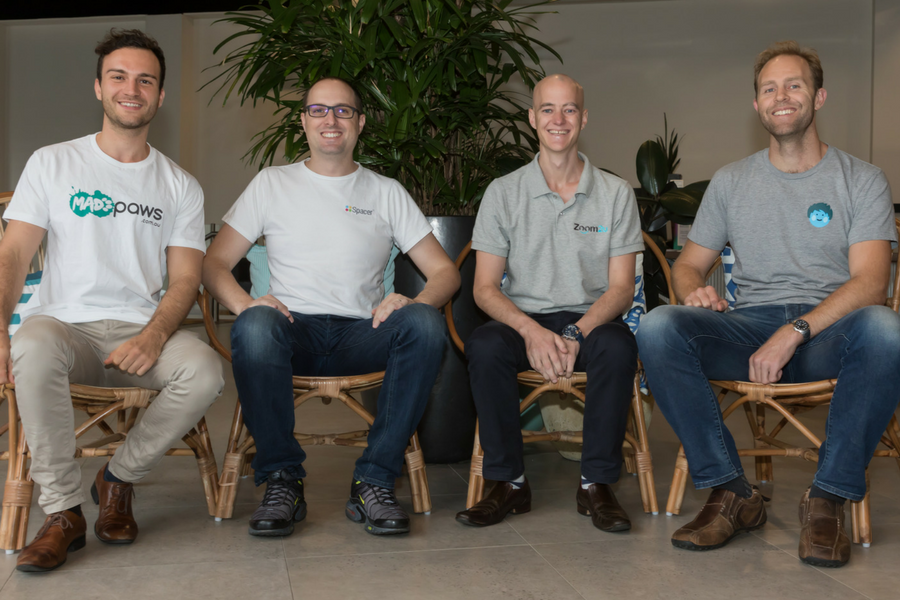 The Sharing Hub, a coworking hub and community founded by four founders of sharing economy startups, has launched in Sydney’s Pyrmont to help foster the development of the sector.

It comes as a report from Deloitte, commissioned by the NSW government, estimated that revenues of businesses in the state’s sharing – or collaborative, as the report puts it – economy grew to $2.6 billion in 2015-16, up from $1.6 billion in 2014-15. The number of people earning through “key” platforms in the sector also doubled in the year, reaching 92,400.

The founders of the Sharing Hub, Mike Rosenbaum, cofounder and CEO of Spacer; Steve Orenstein, CEO of founder of Zoom2u; cofounder and CEO of MadPaws, Alexis Soulopoulos; and Will Davies, CEO of Car Next Door, first came together last year to share their experiences and learnings with each other.

“We had a bunch of similar challenges. We informally met up, a year ago, every month to discuss our common challenges, and we found that very often the problems we were discussing were very specific to marketplaces, such as the chicken or the egg problem; should we first recruit MadPaws sitters or MadPaws pet owners, Spacer hosts or Spacer customers?” Soulopoulos said.

“Before we knew it there were about 20 people doing these informal catch ups, and we were always moving from one place to the other so we thought, let’s formalise this and make it big.”

The community has now grown to 28 startups, a number of which will now be housed at the Sharing Hub space.

Here the focus will be on mentorship and encouraging collaboration with government.

“We want to grow the sharing economy as a whole, and how we do that is not only by helping the startups grow but also aligning with government. I think this is a very new space for Australia’s startup ecosystem, yet it’s growing super rapidly, and in order to ensure that growth is great for the consumer and stays great for the consumer is to align with government,” Soulopoulos said.

The NSW government has made efforts to embrace the sector over the last year; after announcing it would be regulating ridesharing services in December 2015, it released a position paper last year outlining a framework to regulate the wider sharing economy in the state, highlighting the “positive impact of the collaborative economy for consumer choice, employment, and productivity”.

Soulopoulos said, “I think it’s important that we have the dialogue with government; when they are making policies we’d like them to get insights on what’s actually happening from us, and it seems they’re supportive of that, but what’s also important is, what data does the government have? Stats are crucial to quantify the industry and show people that this is a really big space and it’s growing super fast.”

According to the Deloitte report, financial services platforms saw the most growth, with revenue growing by 345 percent from 2014-15 to 2015-16; transportation and automotive services, led by Uber, grew by 242 percent, while goods and redistribution services such as eBay grew by 67 percent.

Accommodation services have grown by 55 percent, led by Airbnb’s booming presence in Sydney, which is now the world’s fifth largest market for the business with 4,500 hosts; the city was ranked 10th in 2015. Sydney had 262,000 inbound guests in the year, representing growth of 106 percent year-on-year.

With the potential of the sector significant, the Sharing Hub founders will also be working with the University of Sydney Business School to help educate students about sharing economy businesses, with plans to create a graduate program.