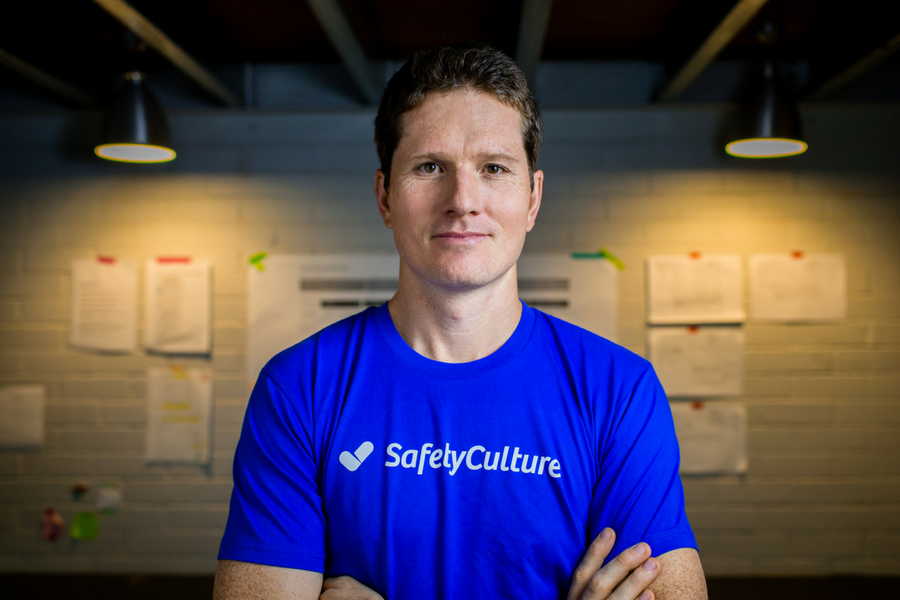 With the startup last having raised a $30 million Series B in October 2016, the fresh funding brings the total raised by the startup to date to $98 million, bumping its valuation up to $440 million. The funding will go towards pushing the company’s global expansion, building out its product and engineering teams, and investment in new areas, including Internet of Things.

SafetyCulture founder and CEO Luke Anear said while the company is “expanding at a breakneck pace”, having hired over 100 new staff last year, there is still a long way to go.

“Most of the world don’t know we exist; they’ve never heard of SafetyCulture. This funding means that we can continue to build great products, better serve more customers and have a bigger impact on safety and quality for workers all around the world,” he said.

The company has two core products, safety checklist app iAuditor – which counts the likes of Coca-Cola, Coles, and Qantas as customers – and the recently launched Spotlight, an incident reporting app allowing teams to take action and issue alerts for safety hazards and incidents.

With over 200 staff across offices in Townsville, Sydney, Kansas City, Manchester, and Manila, SafetyCulture is now looking for a new spot for its Sydney headquarters, and plans to triple its teams in the US and UK over the next year.

Rick Baker, cofounder of Blackbird Ventures, said, “SafetyCulture continues to power ahead, and this funding round reflects the fast growth and low customer acquisition costs it has been able to achieve. The capital injection will allow SafetyCulture to continue to scale and bring better workplace safety to the world.”

The $60 million round is the largest for an Australia-based startup so far this year, beating out the $51 million raised by Canva in January.

Canva’s funding was led by Blackbird Ventures, which has been with the startup since its early days; its continual support of the graphic design startup, and SafetyCulture, reflects its focus on staying with its portfolio companies as they grow.

Baker explained the firm’s philosophy after it closed its third fund in April, writing, “The venture capital industry is usually segmented into round sizes and stages. For example, a firm in Silicon Valley will choose to invest in just the seed round, with a small amount saved for future rounds. Many firms choose just to invest in later rounds. The logic has never made sense to us. Why would you invest before you know a company is successful and nothing after it?”