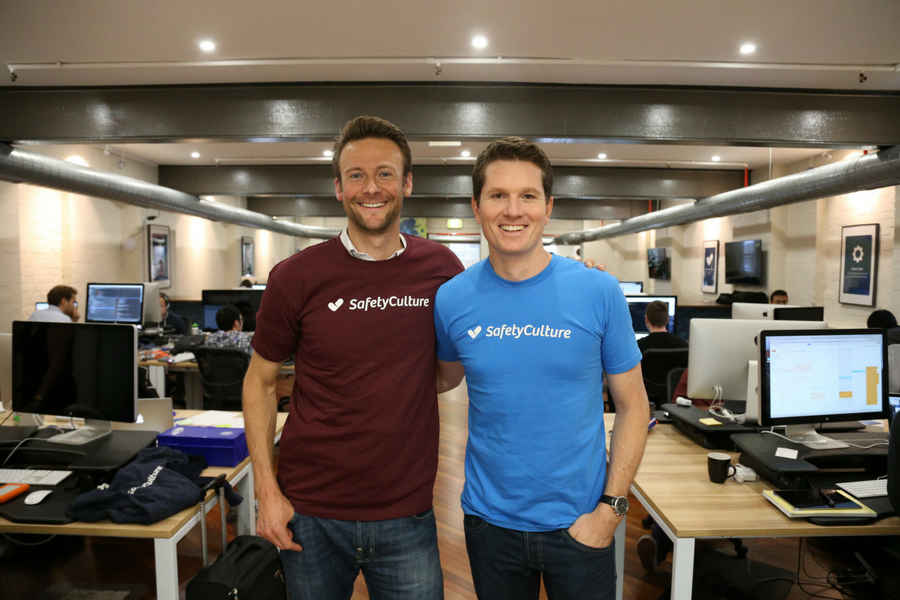 Townsville startup SafetyCulture has today announced the closing of a $30 million Series B round, led by international venture capital firm Index Ventures. The investment comes as the second largest funding round secured by an Australian tech startup this year, following a $41 million raise by BigCommerce in May.

Also participating in the round were existing investors Blackbird Ventures and Atlassian cofounder Scott Farquhar. The funding has taken SafetyCulture’s valuation to $160 million.

The startup is the creator of checklist app iAuditor, which provides companies including Qantas, Coca-Cola and BHP Billiton with a platform to conduct on-site safety inspections, analyse data, and share insights in real time. The app is used by over 75 percent of ASX 50 companies and is facilitating over one million inspections per month across 80 countries.

The Series B also places SafetyCulture as one of Australia’s largest regional startups, showing that a world class company can be built from any place that has an internet connection.

Luke Anear, CEO of SafetyCulture, said the funding will change how the startup goes to market, which means customers will be offered 24/7 around the clock support. Currently the startup has teams working in the UK, US, and Australia, with expansion into new markets on the horizon.

“As we scale we want to build a company where leaders can execute the vision and move quickly without too much structure. Now our focus is finding more great people who share our passion for solving a global problem,” said Anear.

The startup has come a long way since its first conception. Like the cliche startup story, SafetyCulture was built out of a garage and within four years has transformed into a multi-million dollar company.

In 2013 then SafetyCulture received investment from Blackbird VC and Silicon Valley based investor Bill Tai, and was awarded a $1.8 million grant from Commercialisation Australia.

However, when asked about the moment the team knew they were on to something big, Anear said it was just three months after the company was first formed.

Today organisations as diverse as police departments to Cirque du Soleil organisers and even researchers in Antarctica use and rely on iAuditor every day.

“I still pinch myself and just think how amazing it is that you can reach customers on literally every continent,” said Anear.

From a revenue stadnpoint, SafetyCulture reports it has grown 500 percent in the last year. It took the startup three years to get 10,000 paying customers and in the last year Anear said that number increased in almost the blink of an eye to 50,000.

“We’ve still got the excitement of a young company, there’s still engineers that will become millionaires from their equity, it’s probably what Google was 15 years ago,” said Anear.

A large part of the team’s current focus is making strategic hires to help build out more of the product roadmap. Anear explained that right now SafetyCulture looks from the outside very much like a checklist app company. However, he said that underneath, the startup is working on taking out the friction of collecting data in the field and building an analytics dashboard that can be read by those who aren’t tech savvy.

SafetyCulture is working on building out its Spotlight app, which was recently released for incident reporting. According to the International Labor Organisation, every day 6,300 people die from workplace incidents or illnesses. What SafetyCulture has created targets both issues – before an incident occurs as a preventative measure, and when an incident happens to record what exactly went wrong.

Anear said the startup is all about generating workplace safety so people can finish work and go home to their families unharmed. It is changing how workplaces record and react to safety all over the world.

“We’ve seen a couple of people this year win international awards for innovation because they implemented iAuditor,” said Anear. “One guy won $10,000 in cash because they rolled it out.”

General Partner at Index Ventures, Jan Hammer said modern workplaces need more than just a static checklist to identify what is functioning in the workplace and what’s not.

“SafetyCulture, with its ability to enable consistent, standardised experiences at a large scale, is outpacing a growing industry with its proactive solutions and is poised to increase its industry lead,” he said.

Hammer will be joining Anear and Blackbird Ventures cofounder Rick Baker on the company’s board of directors, with Farquhar continuing as an advisor.