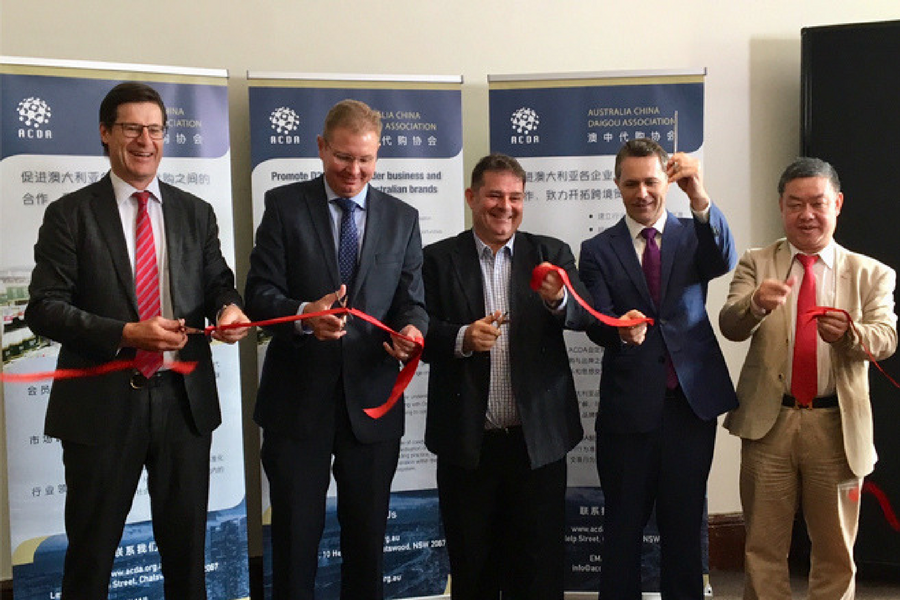 It’s almost 50 years since then prime minister Gough Whitlam first recognised the communist government in China and in doing so paved the way for Australian Chinese relations.

Today China is one of our biggest export markets. A quarter of all Australian exports are made to China and that number is only set to grow as Australia becomes an increasingly Asian nation. 8.3 percent of Australian residents who were born overseas were born in China, with over half a million Chinese born now calling Australia home. Millions of Australians now claim Asian heritage.

But what does this mean for business owners?

A lot, according to Dr Matthew McDougall, a leading expert in Chinese business relations who launched the Australia Chinese Daigou Association in Sydney today.

Having spent over a decade living in China, McDougall is well-versed on the ways Chinese do business and believes many Australian businesses are missing out on pitching their products to the lucrative market.

That’s where the Daigou comes into play.

Traditionally a Daigou is a member of the local Chinese community who purchases Australian products for customers (usually family and friends in mainland China) and ships them back to China. The Daigou market in Australia is estimated to be worth in excess of $850 million and a reported 60,000+ Chinese people living in Australia are currently partaking in some form of Daigou trade.

“Despite the prevalence of the Daigou to Consumer (D2C) trading channel in Australia, there has been very little understanding or formal recognition by government of the importance of this channel for Australian businesses, until now,” McDougall says.

According to McDougall, mainland Chinese actively seek out Australian products.

“They value the quality, innovation and compliance around the development of our products. Skin care, supplements, cleaning items, mother and baby items as well as health, medical and wellness products are in high demand.”

That was Daigou attempting to assuage the needs of their mainland China customers.

McDougall is hoping the new association will not only help regulate this underground sales industry but assist its registered association members in brokering relationships with manufacturers.

“We don’t want them to go to Coles or Woolworths to buy – we want them to be able to develop relationships directly with businesses and manufacturers so that we avoid the situation where Australian consumers are unable to buy the products they want or need.”

Shadow Minister for Trade and Investment, Jason Clare, who was present for the opening of the association said the way we trade is changing and Daigou is a great example of this.

“China is set to become the biggest economy in the world. In a few years it will also be the second biggest consumer market in the world. By 2030 two third of all middleclass consumers in the world will live on our doorstep. Australia’s challenge is to make the most of this and I don’t think we are doing enough,” he says.

“Many Australian businesses are already benefitting from the Daigou community,“ McDougall adds. “But more importantly, this channel can be harnessed to provide many more Australian companies with a pathway to China.”

This article was first published on Kochie’s Business Builders.