Rewardle is now an ASX listed company, but what’s the bigger picture? 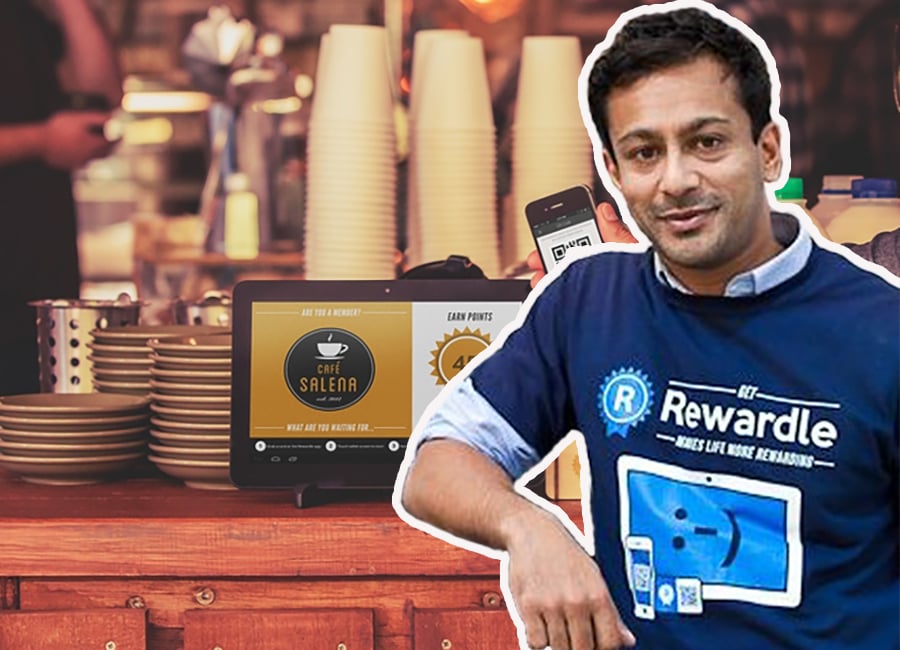 In August this year, Startup Daily discovered a prospectus lodged with ASIC, which indicated that Rewardle Holdings Ltd, the holding company that owns Melbourne-based startup Rewardle Pty Ltd, opened up its Initial Public Offering (IPO). Yesterday, Rewardle (ASX:RXH) announced that it has listed on the Australian Securities Exchange, with shares closing at 28 cents, delivering investors a 40 percent gain on the 20 cents issue price. At the back end of last month, Smart Company Editor, Cara Waters confirmed industry chatter on the matter.

The company raised $4 million through an oversubscribed Initial Public Offering; and at closing price, trades with a market capitalisation of more than $30 million. Rewardle’s successful capital raise generated a fair amount of criticism from the Australian startup community, given the company is still in early stages and generating only $30,000 in annual revenue across 64 paying customers.

But are sceptics too quick to jump to conclusions?

Rewardle was founded by Ruwan Weerasooriya in September 2011, who carries a strong track record of founding, building and selling businesses in various industries including professional services, ISP and media. In 1995, he co-founded InterWorld Communications, which was one of Perth’s first commercial Internet Access Providers, and was sold to iiNet in 1996. He also co-founded a web development company Method + Madness, which grew from employing 6 to more than 100 IT professionals within 12 months. The business was acquired in 1999 by SMS Management and Technology.

In 2007, Weerasooriya founded CafeScreen, a company which productised marketing material in a media format that people hadn’t seen before. CafeScreen currently operates a Digital Out of Home (DOOH) network of over 350 digital screens located in CBD cafes in Sydney, Melbourne, Brisbane, Perth and Adelaide. It also extends the DOOH marketing opportunity by installing a free Wi-Fi service in each partner cafe. It was CafeScreen that pioneered the use of free WiFi as a media asset in Australia.

Weerasooriya says he invested approximately a million dollars from his own hip pocket into CafeScreen, and in 2012, he sold a majority stake in the his company to oOh! Media.

Although Weerasooriya was unable to reveal the value of the transactions, based on the revenues generated at the time of the transactions, as well as estimates provided by business valuation experts, Startup Daily believes that each acquisition was worth between $5 million and $10 million.

It wasn’t until Weerasooriya sold a majority stake in CafeScreen that he embarked on a full-time mission to provide local merchants the digital engagement tools and business intelligence typically available to large retail chains. At first, Rewardle had essentially given the traditional “buy 9, get 1 free” paper punch card a digital makeover, but has since extended its utility by adding pre-ordering functionality, mobile payments and social media integrations. Rewardle’s typical clients are include the local café, yoga studio, butcher, hairdresser, juice bar and other time-poor merchants who tend to have limited operational and marketing budget.

As a merchant marketing service, one of the first questions Weerasooriya asked himself was: ‘What are some of the big companies that used helped small businesses market themselves?’ One that popped to mind was the Yellow Pages.

“They were asleep at the wheel during the rise of social, mobile and web … We’re picking up where the Yellow Pages faded away by offering local businesses a digital customer engagement platform that helps them use email, social and mobile marketing to engage customers and grow their business,” says Weerasooriya.

To date, Weerasooriya, who claims to always “put [his] money where [his] mouth is” has invested approximately $2.5 million into Rewardle.

The company currently boasts a growing national network of approximately 2,000 merchants and more than 380,000 members who have collectively checked-in with Rewardle more than 4.7 million times as part of a transaction. This has resulted in the Rewardle platform facilitating over 400,000 reward redemptions ranging from free coffees to beauty treatments, as well as discounts on tattoos.

Added to that, over $500,000 of prepaid credit has been loaded onto the Rewardle Platform that is now starting to be used for mobile payments at local SME merchants. It’s no mystery that startups want to stake a claim on the financial services industry, with the Australia’s big four banks estimated to generate $29 billion in profits this year alone. So, like many tech entrepreneurs in Australia, Weerasooriya is also aiming to disrupt traditional payment practices and banking networks.

While the aforementioned numbers aren’t anything to shrug off, many people in the startup community have focused more on the company’s $30,000 annual revenue. Weerasooriya doesn’t deny the fact that Rewardle’s only revenue at the moment comes from merchants paying a subscription fee of $49 per month for digital customer engagement tools that assist them in email, social and mobile marketing. It’s clear that he’s unfazed by the criticism Rewardle has received, explaining that the company is focusing heavily on gaining critical mass before shifting its focus on monetisation.

“Rewardle may look skinny revenue, but we’ve clearly articulated our plans in the prospectus and the market has understood our approach. The ASX investors are recognising that in the technology space, sometimes you need to invest first and foremost in growth,” he adds.

So what is the game plan for Rewardle?

“The bigger Rewardle becomes, the more protected the business model is. Our margins won’t be at risk of competitors popping in and copying the product because of the inertia that we build in the product,” says Weerasooriya.

“I’m not looking to just sell Rewardle off to a big corporate and move on. I’m committed to the building a leading Australian technology company.”

When asked how Rewardle will generate revenue, Weerasooriya explains there are three substantial revenue opportunities that they’ve identified at this stage. The most obvious is the monthly subscription fees merchants are required pay.

The second is what Rewardle describes as ‘Brand Partnerships’. Brands will be charged a fee to engage with Rewardle’s Merchant and Member Network – similar to loyalty programmes like Qantas Frequent Flyer and Virgin Velocity that allow brands to purchase points for distribution to their customer base as incentives and rewards.

“Effectively, we’re building an open source style rewards platform – like an open source FlyBuys. Similar to how Qantas sells $1.3 billion worth of points per annum to brands who then give out the points as rewards or incentives, we see an opportunity to do a hyperlocal version of that with Rewardle points,” says Weerasooriya.

In August this year, Virgin Australia recently sold 35 percent of their Velocity Frequent Flyer programme to one of Asia Pacific’s largest investment firms and fund managers Affinity Equity Partners, valuing the programme at an enterprise value of $960 million.

So if the market is worth, say, at least $1 billion, and Rewardle is able to take a 10 percent portion of that market by targeting small businesses, then that’s a $100 million market cap.

The third revenue opportunity is in mobile payments. Rewardle is entering the same space as ingogo and Mint Wireless, both of which have experienced success. Weerasooriya, however, is undaunted by the competition.

“We’ve got substantial prepaid credit that’s being used in our ecosystem; the money isn’t going through the banking networks, it’s going through cash across counters. What we have is more an offline debit facility that we’re providing in a digital manner,” says Weerasooriya.

“If all three [revenue opportunities] fire, Rewardle could end up having an REA Group or Seek style business model.

Earlier this year, Rewardle announced its partnership with global Point-of-Sale leader Revel Systems. It also added ex-Fairfax executive Jack Matthews as Chairman. Although not everyone has understood the Rewardle vision, Weerasooriya says he’d been approached by numerous investment groups seeking to backdoor list or IPO the business earlier this year.

“It’s a great thing that the Australian retail investment market is willing to back early stage growth startups that have traction but don’t have revenue. It’s a positive step forward,” he says.

Interestingly, a Forbes article speculated that Peter Thiel, PayPal’s co-founder and one of Facebook’s earliest investors who put $500,000 into the company in 2004, regretted not putting in a second cheque because Facebook was still in its pre-revenue stages. However, the company’s growth metrics increased its valuation rapidly over time; and currently, Thiel owns less than 2.4 percent of the current outstanding shares in Facebook.

Weerasooriya is confident that Rewardle will be able to achieve the scale that he envisions for the company. So is Matthews who says, “It’s going to be a competitive space but Ruwan has great vision and a strong track record when it comes to execution. The team are doing a fantastic job building out the product, establishing traction and rubbing out friction.”

Will Rewardle experience the same outcome as Facebook? We’ll find out in due time.

“While we’re delighted with the day one market support there’s plenty of hard work ahead and we’re laser focused on executing on the plan we’ve outlined to the market. Quite simply, accelerating the development of the Rewardle Platform and growing our network of merchants and members,” says Weerasooriya.

“I believe our lean startup approach and focus on execution will ultimately lead the company to success.”

Disclosure: Ruwan Weerasooriya is on Shoe String Media’s Advisory Board, but has no personal affiliation with the author of this article.