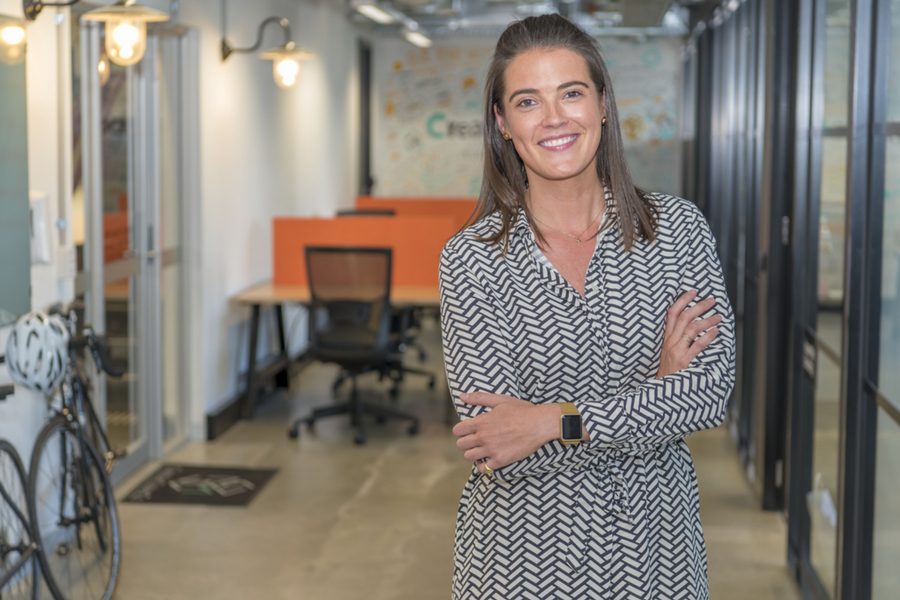 Almost a year after launching the platform into beta, ASX-listed REA Group has appointed Startup Victoria chief Georgia Beattie as executive manager of Spacely. Beattie will move into the role at the end of February.

Born out of an internal hack day, Spacely is a listing platform for coworking or flexible workspaces, aiming to connect startups, entrepreneurs, and others looking for workspace to the right space for them.

Joseph Lyons, REA Group’s executive general manager commercial and developer, said as the volume of coworking space continues to grow, Spacely “needs a leader who understands the needs of startups and embodies the creativity, focus, and entrepreneurial spirit that exists in the shared workspace environment”.

He said, “Georgia’s strong ties to the startup community, coupled with her ability to take ideas and execute them on a global scale, makes her the perfect fit for this role.”

Beattie began her entrepreneurial journey in 2009, coming up with the idea of single serve wine and launching Single Serve Packaging in 2011 and Beattie Wines in 2012. Selling in 2016, Beattie then took on the role of CEO of Startup Victoria, charged with leading the growth of the community and the state’s startup ecosystem.

With REA Group’s realestate.com.au one of Victoria’s first unicorns and one of its biggest marketplace companies, Beattie got to know the team through her work at Startup Victoria; when the chance to join the team through Spacely came up, it was too good an opportunity to pass up.

“Having a startup in a big unicorn is sort of an entrepreneur’s dream because you’ve got fantastic resources, and you can also leverage all the learnings that they’ve had over the last 20 years,” she said.

Beattie said she is also passionate about the Spacely platform and what it can do for entrepreneurs; through both her experience at Startup Victoria, looking at what resources local startups need, and from running her own business, Beattie said finding the right working space is high up on the list.

“My first market was Japan so I started an office in Tokyo in 2011, and I wish I had had something that had transparency on global ecosystems so I could very quickly go and find the right coworking space, and the right area for me to launch my business, so I could find a foodtech hub that would have like-minded, high growth companies in it,” she explained.

“I’m really excited about helping entrepreneurs get to their right space quickly to make them faster and smarter; the right space is critical for a startup’s growth, because there’s a lot of collaboration and just by hanging out with other startups that are in high growth it just makes you have the same mentality, and there’s a culture of high growth, so by connecting entrepreneurs globally into wherever the next country they need to go to and the right space is critical, and I think we’re in the right position to give them a hand.”

While going global is on the horizon, Beattie said the core focus is growing the Spacely platform across Australia and ensuring it delivers what the startup ecosystem needs; there are almost 2,000 spaces across Australia listed on Spacely so far.

A potential avenue to explore is corporate space, Beattie said, closing the gap between startups and corporates, who are increasingly beginning to realise they should connect with each other but don’t quite know how to approach it.

“The future of work is changing dramatically, and that’s something I’ve seen at Startup Victoria. I’ve had lots of bigger companies get in touch with me asking how to get in touch with startups, and they’ll be able to do this through our platform in a much faster and more efficient way,” Beattie said.

“Startups in Australia are then also constantly asking for introductions to larger corporates, so they’ll be able to do this in a natural way with Spacely. Ideally, Telstra, for example, will open up some space in their office and lists it up on Spacely, and have some startups go and work directly in the Telstra building and collaborate with them.”

As she gears up to join Spacely at the end of the month, Beattie added she is excited to be working with REA Group chief, Tracey Fellows.

“Women in tech are rare, but Tracey Fellows is a legend and I’m just excited to get to be under her wing and learn how to navigate the space.”