SLASH AND EARN: The RBA cuts rates again to just 1% 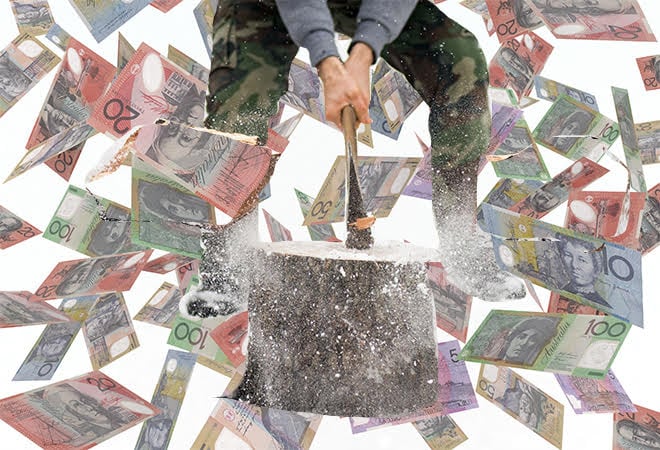 The Reserve Bank of Australia (RBA) has cut the official interest rate for the second month in a row by 25 basis points to a new historic low of just 1%.

The RBA hopes the move will support employment growth and hopefully kick-start inflation to meet the central bank’s medium-term target.

While inflation pressures remain subdued, the central bank is expecting a pick up in the June quarter thanks to petrol price increases. Underlying inflation is expected to be around 2% in 2020 and a little higher after that.

The Australian dollar fell from US70.02 cents to US69.54 cents on news of the cut before bouncing back slightly in late US trade.

In its statement following the Tuesday decision, made as the board met in Darwin, the bank said today’s decision to cut again “will help make further inroads into the spare capacity in the economy. It will assist with faster progress in reducing unemployment and achieve more assured progress towards the inflation target”.

The final paragraph hinted that another cut may be on the way if current conditions prevail in the labour market.

The Board said the global economic outlook “remains reasonable”, despite concerns over trade and technology disputes and a slowdown in global trade.

“The persistent downside risks to the global economy combined with subdued inflation have led to expectations of easing of monetary policy by the major central banks,” the statement said.

Increased investment in infrastructure is providing an offset and a pick-up in activity in the resources sector is expected, partly in response to an increase in the prices of Australia’s exports,” the bank said.

“The main domestic uncertainty continues to be the outlook for consumption, although a pick-up in growth in household disposable income is expected to support spending.”

While labour force participation is at a record levels, the vacancy rate remains high and there are reports of skills shortages in some areas the RBA remains concerned about “spare capacity” with the unemployment rate rising slightly to 5.2%.

The bank said it would welcome a pick up in wages growth and noted there’s been some pick up in the private sector off the back of strong employment growth over the past year, yet overall wages growth remains low.

The RBA said the current conditions suggest the Australian economy can sustain lower rates of unemployment and underemployment.

Turning its attention to the housing market, the RBA said conditions remain soft, “although there are some tentative signs that prices are now stabilising in Sydney and Melbourne”.

Growth in housing credit had stabilised recently, the bank noted.

“Demand for credit by investors continues to be subdued and credit conditions, especially for small and medium-sized businesses, remain tight. Mortgage rates are at record lows and there is strong competition for borrowers of high credit quality,” it said.

After being the only bank to not pass on the full 0.25% cut to rate borrowers last month, the ANZ this afternoon became the first of the major banks to make a move, saying it would cut all variable rate mortgages by 25 basis points from July 12. Last month ANZ only passed on a 0.18% rate cut.

The change reduces the standard variable rate for owner-occupiers with a principal and interest loan to 4.93%.

The standard variable rate for owner-occupiers with an interest only loan reduces to 5.48%pa, down from 5.73%pa.

ANZ group executive, Australia Retail & Commercial, Mark Hand said it was “the right decision for our home loan customers and for our business”.

“We looked at a number of factors before reaching this decision including business performance, market conditions and the impact on our customers,” he said.

Meanwhile, Master Builders Australia’s Chief Economist Shane Garrett said the rate cut was “only one ingredient of the economic growth recipe” and with the federal parliament finally sitting again this week following the May election, he called on Canberra to pass the Morrison government’s full income tax to give people the confidence to spend.

“Small firms are the lifeblood of the Australian economy. To complement the rate cut the Government should continue loosening the burden of red tape and regulation, allowing small business to operate more freely.”