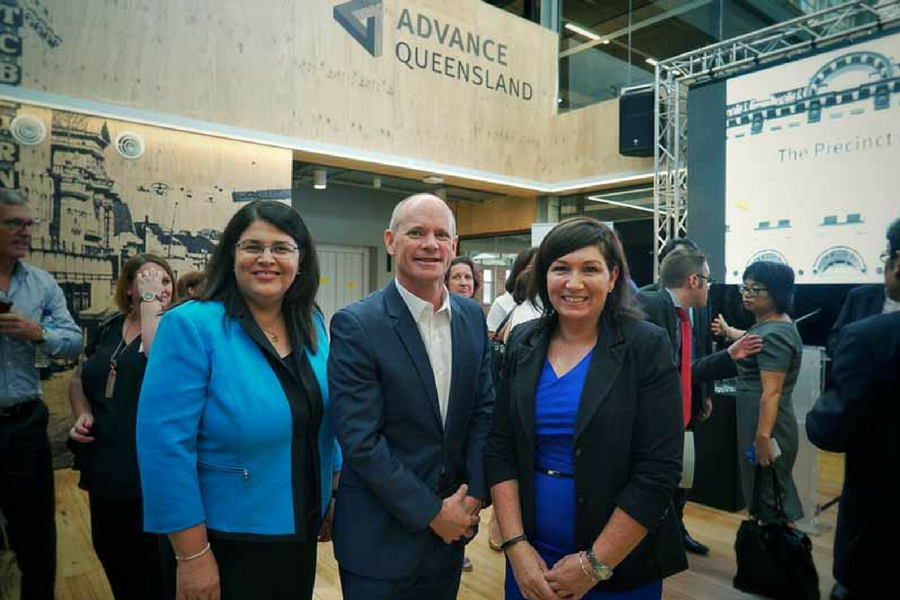 The Queensland government has this week opened its largest startup precinct in Fortitude Valley’s TC Beirne building, a place for entrepreneurs and investors to “collaborate, collide, succeed and shine”.

Dubbed ‘The Precinct’, Leeanne Enoch, Queensland’s Minister for Innovation, Science and the Digital Economy, said at the launch that the space is intended to draw an influx of startups to Queensland to position the state as a rich investment hub.

“The Precinct will help position Queensland as an ideal destination for startups, where the best and brightest come to transform new ideas into high growth businesses,” she said.

Development was funded by the Government’s $405 million Advance Queensland initiative, which looks to support state innovation; $6 million was contributed to The Precinct’s construction.

In addition to office spaces, The Precinct holds a number of other facilities too, including a child care centre to cater for parent-entrepreneurs. The space itself spans roughly 5000 square metres, with 80 percent of the building already leased out to tenants.

Amongst the founding tenants are River City Labs, One Ventures, Myriad, the Open Data Institute of Queensland and the CSIRO’s Data61.

In addition to joining the innovation precinct, Data61 also announced today a $16.7 million partnership with the Queensland Government.

According to Enoch, the partnership will allow businesses, organisations and government access to the company’s knowledge base.

She explained, “[They will gain] CSIRO Data61’s expertise in turning complex data into knowledge and using these insights to help create new approaches to service delivery and solve real problems every day.”

As part of the deal, Data61 will also develop a Functional Programming Open Lab, which Enoch said will deliver new job opportunities within Queensland, including ten starting engineering positions.

Also housed within The Precinct is the office of Queensland’s Chief Entrepreneur Mark Sowerby, who described Queensland as “way ahead of the curve” in opening the collaborative hub.

“Cohesion and networks are crucial in order to successfully develop Queensland as a startup economy,” he said.

Looking to support the next wave of startup talent through another avenue, today saw Sowerby partner with traveller and ‘Best Job in the World’ winner Ben Southall to create the ‘Venturer’ program.

Inspired by Southall’s adventurous lifestyle, the program will see a chosen entrepreneurs receive one-on-one mentoring and workshops opportunities while travelling alongside Southall in the outdoors.

Venturer will develop the trip beside other programs including Queensland’s Startup Catalyst, which organises international ‘missions’ to startup hubs such as Silicon Valley, with the purpose of developing an entrepreneur mentally.

“Startup Catalyst has a great track record of equipping people with a ‘global-first’ view. We want to take this further by working on the emotional and mental side. The entrepreneurship journey requires pushing boundaries, both physically and mentally, but I strongly believe people are universally surprised by what they can achieve when tested,” said Sowerby.

“The Venturer program will build skills and character traits that are fundamental to entrepreneurialism, such as resilience, problem-solving, resourcefulness, risk management, creative thinking and leadership.”