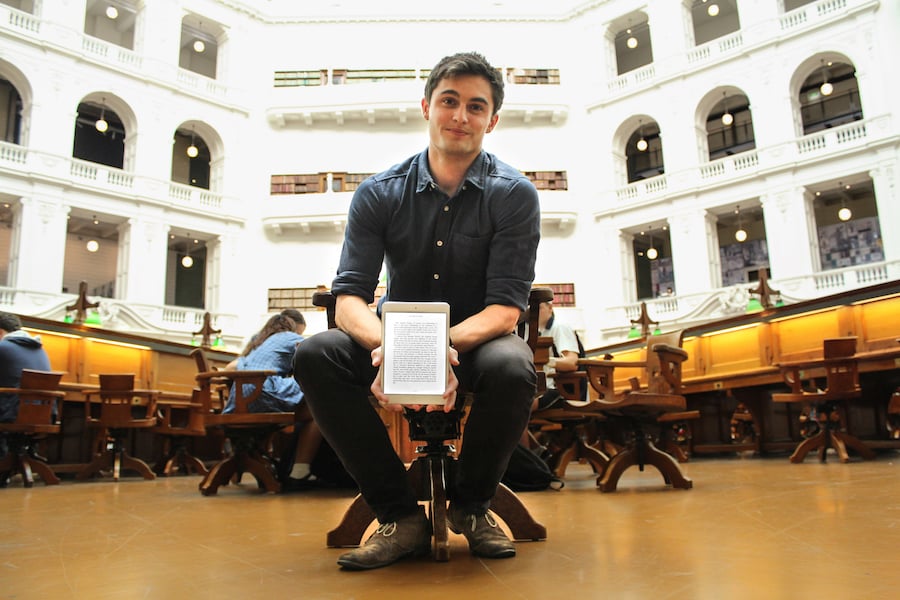 Melbourne digital publishing startup Tablo has this week announced a partnership with the State Library of Victoria that will see the two organisations work together to launch Tablo Communities, a platform to support emerging local writers by connecting them with other writers, readers, industry experts, and potential publishers.

Announced by Tablo founder, Ash Davies and Justine Hyde, director of the State Library at the Digital Writers Festival yesterday, the new platform will launch this summer. It will feature authors-in-residence and industry experts to provide the community of authors with advice, motivation, writing techniques, and editing tips.

Hyde said the partnership reflects the rise in the popularity and success of self-published works.

“Some of the biggest selling books of the early 21st century began as self-published works which shows how much the traditional publishing model is changing. Digital writing communities are also growing as we have seen with thousands of people participating in November’s National Novel Writing Month,” she said.

According to 2015 statistics from Amazon, the major traditional publishers account for just 16 percent of the ebooks on the platform’s bestseller lists, with self-published books making up 31 percent of ebook sales on Amazon’s Kindle Store.

“The Library has been a home to generations of Australian writers, this partnership continues that tradition and builds on it for the future.”

The goals for the partnership are lofty, with Hyde saying the partnership will look to help support the creation of new Victorian writing and add it to the State collection.

He said of the partnership, “Together we’ve created something that we expect to be the model of how libraries connect with writers and readers in the future.

“We think it’s a big statement for our four year old company to be partnering with a 160 year old library to create the future of online writing communities.”

With more library partners to be announced over the next few months, Communities will be promoted to Tablo users based on their location. Davies said they will be a “dynamic” way for libraries to connect with their members in the future.

“The State Library has been an incredible pioneer in embracing self-publishing and pushing industry forward. Together we’ve created something that we expect to be the model of how libraries connect with writers and readers in the future,” Davies said.

Tablo last year launched Tablo Scholar, an analytics platform helping authors understand how readers are engaging with their books on a deeper level.