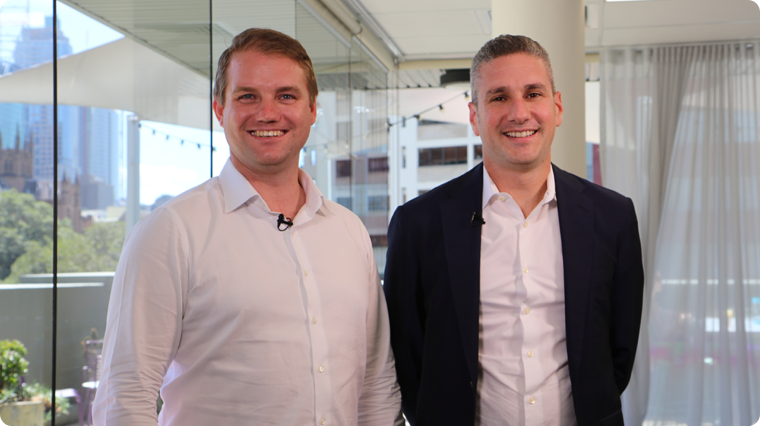 Small business lender Prospa delivered good news to investors in its half-year results today, with loan originations rising 37% on the previous year to $306.8 million, as the business trumped its downgraded November forecasts on several fronts.

The fintech’s shares (ASX: PGL) are up nearly 3.5% today to $1.81. The company also announced that co-founders and co-CEOs Greg Moshal and Beau Bertoli are going to shift with executive focus, with Bertoli moving to chief revenue officer and Moshal now sole CEO.

Last November, the company downgraded its second-half 2019 revenue expectations, less than six months after its IPO, to $75 million for H1 FY2020, down from $88m and was savaged as investors with more than a third of the company’s value wiped that week. Prospa listed on the ASX on June 11 at $3.78 a share.

Today the company announced revenue of $75.6 million, pipping the downgrade, while HY20 loan originations sat at $306.8 million, up 37% on 12 months earlier, beating both the November guidance and the prospectus forecast.

The company said its expansion into New Zealand continued to improve with NZ$52.8 million in loans to date from 1,400 customers at an average loan size of approximately NZ$25,000 and an average term of 12.8 months.

The company has been focused on improving the quality of borrowers at the expense of the interest rate, which ranges between 9.9% and 26.5%, on lower risk loans. The repeat rate for borrowers is 67%.

Loan impairment expense for the period was in line with November guidance. Premium risk grades represented 48% of the loan book portfolio as at December 2019 (up from Dec 2018’s 34%).

The company said the funding cost rate decreased by 2.5% to 5.4% in HY20, and as a result, Prospa’s average gross loans increased 46% on the corresponding period 12 months ago.

Greg Moshal said: “We also continue to lower our cost of funding with new funding partners and leverage our scale benefits as our business evolves.”

As at 31 December 2019, the number of ProspaPay transactions in Q2 FY20 grew by 28% compared to the prior quarter, with an average transaction value of $2,400. Prospa said that in HY20, management is focused on securing funding and developing the Go to Market strategy for the chosen customer propositions.

Beau Bertoli said the fintech lender is focused on how to best serve a $20 billion market in Australia, and a NZ$4 billion in New Zealand.

“Our originations and book continue to achieve strong growth as our business scales and deliver on our strategy,” he said.

“Our customer numbers are growing significantly and we look forward to finding ways to help even more small businesses in Australia and New Zealand to grow and prosper.”

EDITOR’S NOTE, FEB 28: After peaking at $1.92 on Thursday, Prospa followed the rest of the market down to finish the week at Friday’s close at  $1.74.