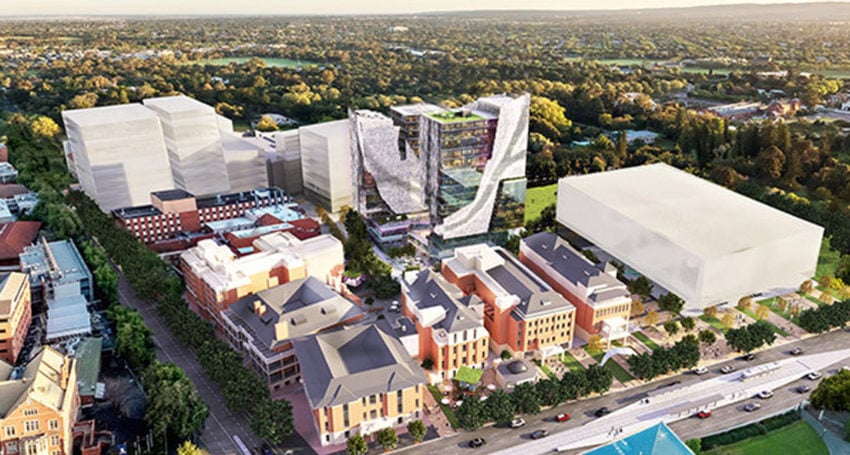 An artist's impression of the ongoing Lot 14 redevelopment.

The international tech company has been lured back to Adelaide by the establishment of the Lot Fourteen innovation neighbourhood in the CBD of the South Australian capital.

LVX Global will move its global headquarters from Perth to Adelaide’s Lot Fourteen technology and innovation hub in August.

The technology solutions company manages public and private sector Smart City and automated building customers and has hubs in Europe and the United States.

Its customers include Harvey Norman Holdings, Public Transport Authority in Western Australia and the Women’s and Children’s Hospital Adelaide.

LVX Global CEO Corey Gray said that he is excited to bring LVX Global back to its Adelaide roots.

“After 11 years of our Australian headquarters in Sydney and then Perth, LVX Global has moved our HQ back to Adelaide where it all began for us 30 years ago,” Gray said.

“With a global team working across various locations, LVX has been able to assess the best location to grow our technology business. Considerations included key tech hubs such as Singapore, the Docklands in Ireland and Silicon Valley.”

Gray said they picked Lot Fourteen because of its impressive transformation from a public hospital into a world-leading innovation centre.

Lot Fourteen is located at the former Royal Adelaide Hospital site in the Adelaide CBD and is now one of the largest innovation precincts in the Southern Hemisphere housing a number of local and international tech, space, defence, and cyber companies.

Josh May, partner of Bombora Investment Management and board chairperson at LVX Global, said he believes Lot Fourteen to be one of the most exciting innovation precincts globally.

“We are excited to be working alongside our new neighbours such as Amazon Web Services, Google Cloud Services and the Australian Institute for Machine Learning,” he said.

Previous article The rise of FinTok and ‘finfluencers’: 3 ways to measure the value of their advice
Next article It’s been a great year for cyberhackers trying to crack open financial services
Via Topics
Tags contributor postSouth AustraliaThe Lead