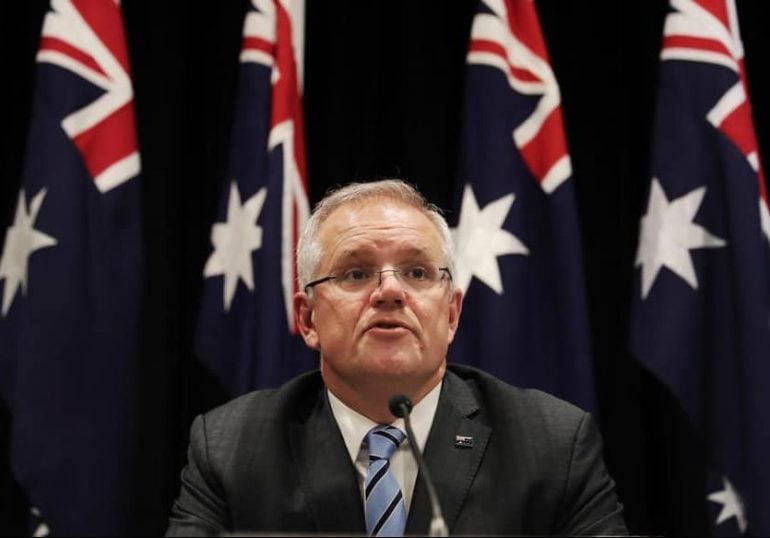 This includes closing its coal power stations by 2030. As Morrison stated this week:

We need to ensure that our coal-fired generation of electricity runs to its life, because if it doesn’t, electricity prices go up, they don’t go down.

Likewise, AGL has dismissed the plan as “unrealistic”. But are they right? Would closing AGL’s three coal power stations by 2030 push up prices and bring chaos to the National Electricity Market (NEM)?

No. In fact, there’s already chaos in the NEM due to increasingly early and disorderly coal retirements. The government should welcome the plan to takeover AGL, because it addresses failures in the market and entails a more orderly transformation process.

The bid, made alongside Brookfield Partners, came just days after Origin Energy brought forward the closure date of Eraring, Australia’s largest coal station, by seven years. It was the latest in a string of early coal closure announcements, and yet there remains no national plan to manage early retirements like this.

Instead, it’s up to each commercial entity to decide when to close. This means coal generators have no obligation to guarantee reliability beyond providing notice of retirement plans over the short term – five years in Victoria, or three and a half years elsewhere in the NEM.

As the Australian Energy Market Operator (AEMO) has pointed out, owners can technically comply with the notice period while withdrawing generation capacity from the market. Even more chaotically, generators can run down maintenance spending when they’re getting ready to close down, which further reduces reliability.

The NEM was designed to be an “energy only market” – the market signal that retirements are due is supposed to encourage investors to build new generators. Unfortunately, this market design has failed.

Part of the failure stems from the NEM’s design, and partly from the federal government’s failure to implement either a strong climate policy or a coal retirement plan. This adds up to an environment of bad investment.

For example, in its latest update of the NEM database, AEMO lists 130 gigawatts of prospective solar, wind and solar projects, but only 6.6 gigawatts of these are committed for development in the next 10 years.

The Brookfield/Cannon-Brookes plan addresses some of these market failures.

First, it provides a notice period of closure of about eight years, longer than is required by law. That gives a signal to the market and improves energy planning by governments and AEMO.

Second, the new AGL would carry all the risk because it must continue to supply electricity to millions of customers. The new owners of AGL would have to provide enough electricity to cover this load, in real time, or they’ll have to buy that supply from their competitors.

This incentive will mean the owners will build new generation. More renewable energy, which has zero marginal cost, will help reduce the wholesale electricity price, not just for those customers but for all consumers.

Can renewables fill the gap so quickly?

The short answer is yes. Coal generators provide around three quarters of the electricity in NSW alone, so replacing it entails a transformation of the grid. There are plans to do exactly that, at the intergovernmental and NSW levels.

So it’s strange the prime minister seems not to have confidence in these plans, given his government has agreed to and funded them both.

First, there’s a nationally agreed Integrated System Plan, which is designed by AEMO with extensive consultation across government and industry. The latest draft plan predicts Australia is on track to see 14 gigawatts of coal retire by 2030 and all coal gone by 2040.

AEMO doesn’t predict any shortfall of supply over that time, as long as new transmission is built to carry the electricity from the new fleets of solar, wind, hydro and batteries.

Second, NSW has its own plan: the Electricity Infrastructure Roadmap. This will accelerate construction of Australia’s first Renewable Energy Zone, and is co-funded by the federal government.

One of the key challenges is to replace the “security” gap as coal retires. Coal power stations maintain the frequency and voltage of the grid. These security services can be thought of as the “quality” of the electricity purchased. You need sufficient quantity and quality of supply to run our devices, from laptops to smelters. Still, Australia Institute research last year confirmed that batteries and renewable energy can provide such security services, and do it cost effectively.

Solar, wind and battery projects can be built much faster than conventional generators. Elon Musk famously built the biggest battery in the world in South Australia, within 100 days in 2017.

What might be in store for a new AGL? Self-reliance

We don’t yet know what new resources the new AGL would invest under a Brookfield/Cannon-Brookes ownership. I believe the most exciting and innovative part of the bid might well be that much of the new investment is in consumer assets.

Australian households could lead the world in decarbonisation by doing it themselves, according to research supported by Cannon-Brookes, published last year by Dr Saul Griffith and Rewiring Australia.

Houses can generate a quarter of what they need with rooftop solar. In Australia, rooftop solar in Australia is the cheapest in the world, at a couple of cents per kilowatt-hour. Batteries allow them to soak up excess solar during the day and use it at night.

If households also replace their car with an electric vehicle and replace gas appliances with electric ones, it’s possible to reach zero emissions and do it this decade.

The research found it becomes cost effective for households to electrify by around 2025. Mike Cannon-Brookes has already made investments in companies working in this electrification space.

What this might mean for a modern AGL is that much of the A$20 billion it would invest to replace coal might be finance packages to pay for households to ditch fossil energy entirely, and become partially self-reliant from their own solar.

If the new AGL could align the interests of its consumers and the climate, it would achieve more than just shutting old coal clunkers.