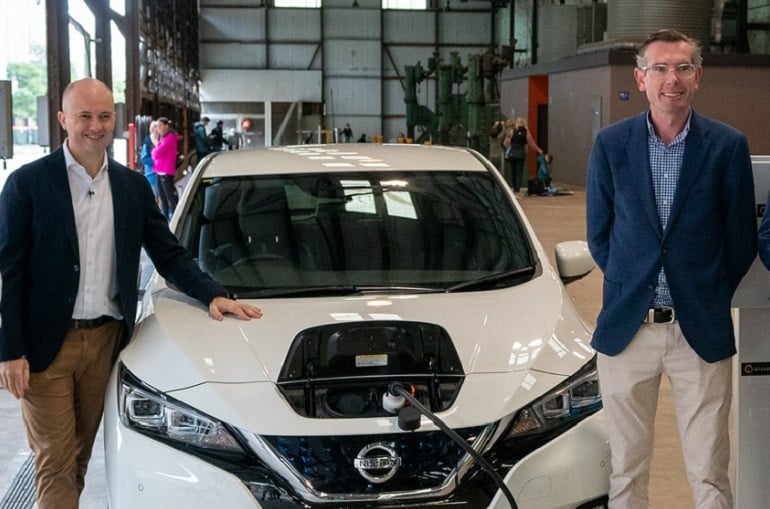 The NSW government is offering $105 million in incentives to accelerate the uptake electric vehicle (EV) purchases in commercial and council fleets.

While Morrison’s plan was widely criticised for lacking incentives to encourage people to buy EVs, Kean’s plan was praised by the sector, and Atlassian boss Mike Cannon-Brookes.

With the cost of EVs putting many in the “luxury vehicle” bracket, attracting a 33% federal tax as a consequence, Kean was keen to point out the trickle-down economics from fleet sales.

“Fleet buyers make up about 50% of new vehicle sales and usually sell them after three to four years, creating a great opportunity for us to increase the second hand EV market for the whole community,” he said.

“Whether you’re a hire car operator, in the delivery business or own a construction company, these new fleet incentives will make it easier for your business to transition to EVs while enjoying the benefits of reduced costs and emissions.”

The first round of the EV fleets incentive will open on 30 November 2021. The incentives will be delivered through a reverse auction process, with bidding rounds open approximately every six months until the end of 2024.

Fleet operators can register their interest at energysaver.nsw.gov.au/EVfleets

The latest support for EVs by the NSW energy and environment minister follows a $490 incentives package, the Electric Vehicle Strategy, announced in June.

That program waives NSW stamp duty for eligible EVs (inc. hydrogen fuel cell vehicles) priced under $78,000 purchased after 1 September, 2021.  It also offers a $3000 rebate to private buyers on the first 25,000 eligible EVs costing less than $68,750 sold in NSW after that date.

And in a compare and contrast to the $178 federal charging package announced this week, the NSW plan allocates $171 million for new charging infrastructure across the state.

Kean said that today’s announcement could see fleet operators reduce their CO2 emissions by an average of five tonnes per vehicle and save up to $3,100 on annual running costs.

“NSW is on track to have EVs make up more than half of new cars on the road by 2030, thanks to the NSW Government’s nation-leading Electric Vehicle Strategy – which has now been bolstered to $595 million,” he said.