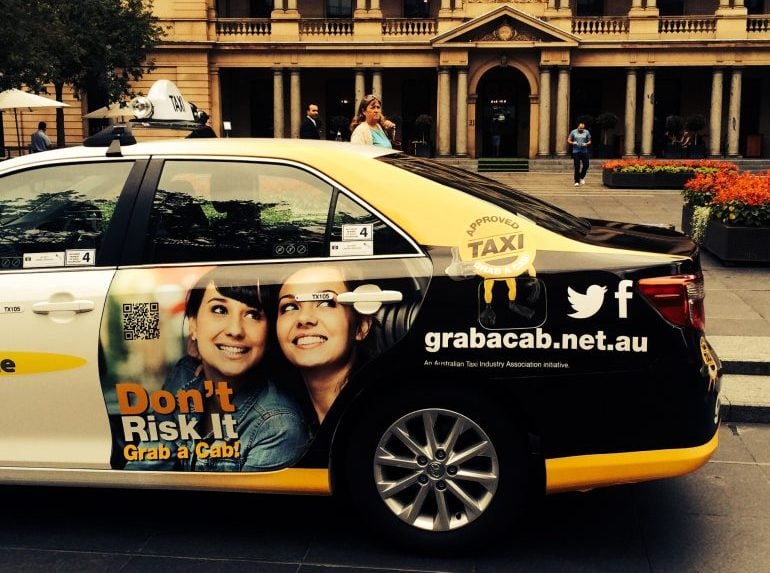 A taxi during its campaign against the arrival of Uber. Photo: Simon Thomsen

The NSW Government has upped its total compensation package to taxi licence holders for the rideshare’s introduction by $260 million to total $905 million.

A media release from outgoing Transport minister David Elliott, who will depart politics at the March 2023 election, bragged that the compensation was more than double the Victorian Government package and more than nine times the Queensland Government’s offer.

The taxi industry has yet to accept the package following several years of negotiations and increased compensation, but the government says this is its final offer to the sector.

“I’ve always sought to ensure families who paid out their hard earned cash were not left with the burden of debt through no fault of their own and I sincerely hope this eases the financial burden on our cabbies as they manage the transition in point to point services,” Elliott said.

“I urge the taxi industry to support this generous package so that taxi licence owners receive the money they deserve as soon as possible.”

But to pay for it, ride and taxi users with be slugged with a 20% increase in the $1 passenger service levy (PSL) to $1.20 (ex GST), with the surcharge extended for another two years to 2030. That means each ride will cost an additional $1.32 for another eight years.

The PSL was first introduced in 2018 for a maximum of five years. With around 175 million rides taken annually in NSW pre-pandemic, the levy has already paid more than $250 million towards the compensation package.

The cost is not a government charge – they are traded on the private market, like other assets.

The new package provides $150,000 for every Sydney metropolitan taxi licence holder with a cap of 6 plates. Each regional taxi plate will be paid between $40,000 and $195,000, with no cap on the number of plates.

Minister for Regional Transport and Roads Sam Faraway described the surcharge increase as “modest” to pay for the extra $260 million for the taxi industry.

“On the back of natural disasters and a pandemic, the NSW Government has still been able to offer businesses like the taxi industry a fair deal,” he said.

“I have met with taxi operators around regional NSW, particularly those in Zone Four. This new package will see those Zone Four operators offered $40,000, an increase of 60% on the previous proposal and on top of payments already made.”

Should the final package not be accepted, legislation will not be introduced.

A Government appointed review will then be launched to assess a compensation package, based on the existing passenger service levy.