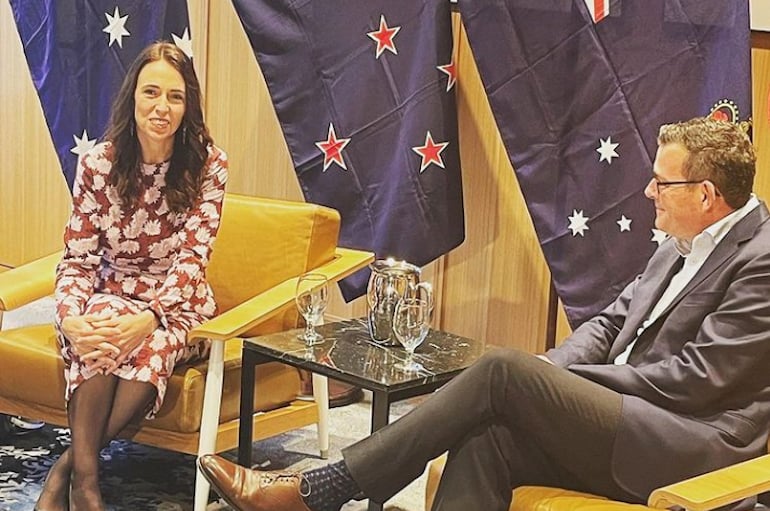 New Zealand fintech startups have already had a major impact in Australia, from Xero to more recent arrivals such as Hnry.

In a sign that the Kiwi onslaught is set to gather pace, NZ Prime Minister, Jacinda Ardern, crossed The Ditch this week, leading a trade mission to Melbourne and Sydney.

Having just returned from Europe with a freshly-inked free trade deal, Ardern arrived in Australia with a 31-strong delegation representing the NZ technology and business sectors looking to reinvigorate the trans-Tasman bond and let the world know New Zealand is open for business.

The Kiwi startups in tow include the online investment platform Sharesies,  Cogo which produces Carbon management products, and Banqer a financial literacy platform, with the sector feeling bouyant about its prospects amid global ructions.

The trade mission to Australia is clearly part of the New Zealand government’s post-pandemic ‘reconnecting’ plan promoting the country as responsive, trustworthy, and open for business. New Zealand’s pandemic response also resulted in some markets seeing it as “isolated, unfamiliar, unprepared and closed”.

And it doubles-down on Ardern’s earlier trade mission to the US showcasing New Zealand as a great place to live and work.

But the visit also comes at a time when many of New Zealand’s top tech companies are leap-frogging Australia and heading straight to the lucrative US market.

Kiwi app developer MEA, is among the tech companies that have done, partnering with retail giants such as Walgreens and CVS and succeeding in the US with top ranking apps such as Photo Prints Now.

Likewise, Kiwi edu-tech company Kami, which Time Magazine named one of the most influential companies of 2022, has found success in the US market.

MEA Executive Director Rod Macfarlane said Kiwi tech firms are not slowing down when it comes to seeking success in international markets.

“New Zealand is jam-packed with innovative companies looking to go the extra mile for customers – locally and abroad,” he said..

The Kiwi tech sector is facing similar issues to Australia, with the pandemic putting pressure on the search for talent. The government’s response is to release work visa changes such as a ‘green list’ of occupations eligible for fast-tracked residency visas including engineering, health and IT workers, with all work visa categories open for applications from last Monday, July 4.

The trade mission concludes on Friday when Australian PM Anthony Albanese and Ardern hold their annual meeting ahead of both leaders jetting to Fiji for the Pacific Islands Forum.