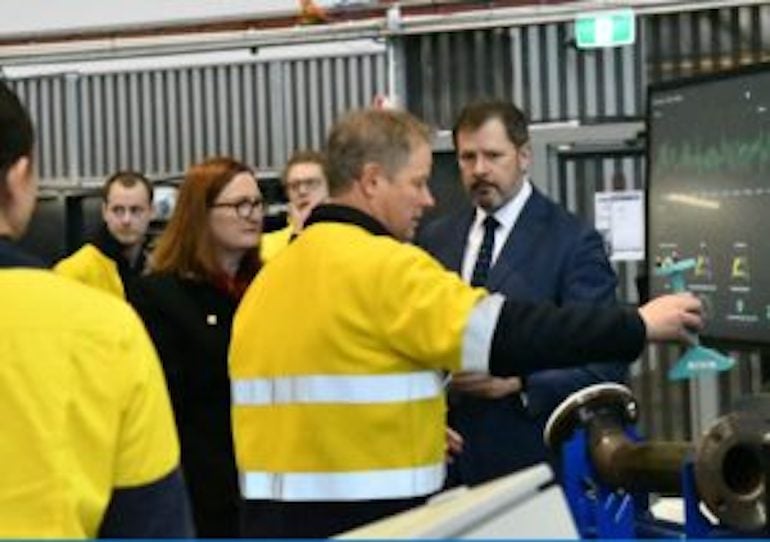 Industry and science minister Ed Husic on a visit to the Factory of the Future during the May election campaign.

Flinders University’s Factory of the Future facility at the Tonsley Innovation District in Adelaide will receive $10.1 million in next week’s federal budget to ramp up its advanced manufacturing support for small business and defence startups.

The announcement follows through on an election pledge made by Labor in May during the campaign.

Industry and science minister Ed Husic said the facility will work with more than 200 small-to-medium enterprises to build their technological capabilities.

“We are delivering on our election commitment to support the Factory of the Future, delivered for Adelaide and local manufacturing. We want Australia to be a country that makes things both now and well into the future,” he said.

The facility will be co-funded by the South Australian government, which has already tipped in $4 million, and Flinders University, with the federal funding allocated over three years.

The concept was developed by BAE Systems Maritime Australia and Flinders University with a goal to unlock 4000 jobs over five years and make Australia a top 10 global defence exporter. It brings bring together education, industry and government to facilitate the implementation of Industry 4.0, bridging the valley between R&D and innovation to boost the national economy.

The site gives companies access to key digital, robotic and other technologies including an industrial scale ‘test bed’ where technology can be put through its paces in a ‘like real world’ setting.

Flinders University Vice-Chancellor Professor Colin Stirling said more than 100 students a year will benefit from the project as it expands.

“Alongside visionary initiatives like our Diploma of Digital Technologies to upskill the future workforce, the foundations are being strengthened for South Australia’s revitalisation as an advanced manufacturing state.”

Previous article Bright Sparks: Kicking any recession to the curb
Next article Why deep tech needs more than just a desk to succeed
Via Politics
Tags advanced manufacturingauspolSouth Australia