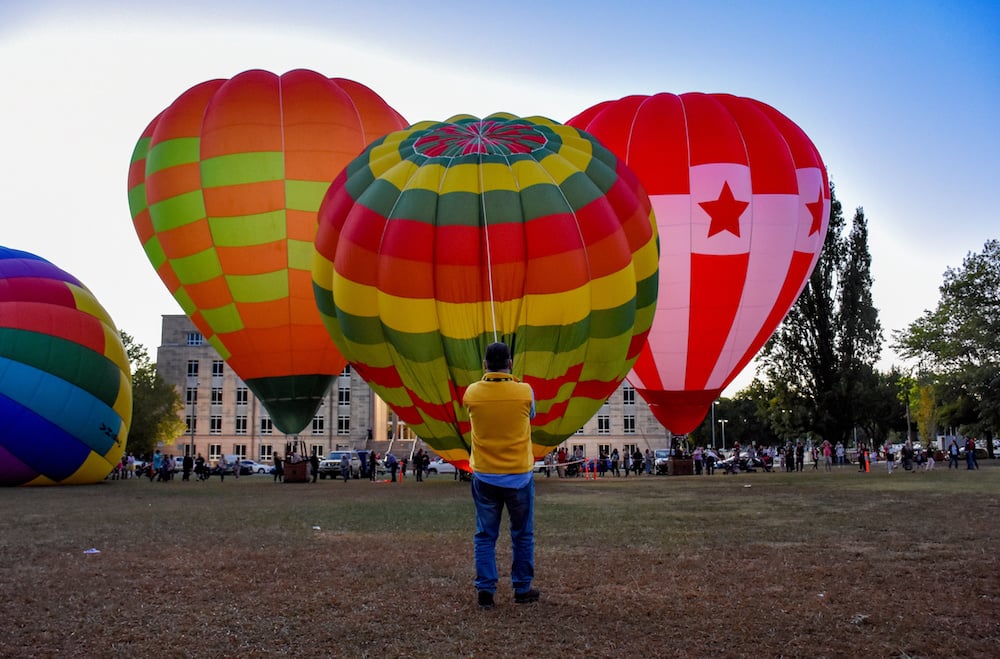 There's no shortage of hot air in Canberra, but not all of it is useful. Photo: AdobeStock

Over the past few weeks, Google and Facebook have engaged in desperate attempts to avoid regulation under the Australian government’s proposed mandatory news media bargaining code.

Both platforms’ strategies have involved a mixture of user-focused advertising, political lobbying, and even threats to pull services from Australia.

But what may initially seem like a confident stance reveals itself, upon closer inspection, as a panicked approach — one spurred by a lack of earlier action.

A delayed reaction comes with a price

The government has largely ignored the threats and is pushing ahead with reform — with a determination that underlines Google’s and Facebook’s ongoing inability to make inroads in Canberra.

Both tech giants have sought to stop the implementation of the mandatory code, which would force them to pay Australian news companies for content that appears on their platforms.

It also requires they abide by certain minimum standards, including informing media companies about the type of data collected through users’ interactions with news, and providing advance notice of any algorithmic changes that affect news content.

Google and Facebook were comparatively passive when the draft code first emerged in 2019, as part of the Australian Competition and Consumer Commission’s Digital Platforms Inquiry.

But they intensified their efforts in recent months, upon realising the government wouldn’t yield. Both have threatened to remove Australian news from their platforms if the code is introduced in its proposed form.

Facebook has publicly considered withholding the launch of the official Facebook News service in Australia. This news tab feature is already available in the United Kingdom and will be rolled out to more countries over the next year.

Google’s goal to appeal to you

But perhaps the most noteworthy response was when Google threatened to withdraw Google Search from Australia.

Adding to this, the company’s national public relations campaign involved publishing an “open letter” to Australian users, through the Google homepage.

Google’s prompts to users initially caused confusion among many, as they were unaccustomed to receiving this type of messaging from the tech giant.
Screenshot

Perhaps Google was trying to leverage its significant Australian audience, or capitalise on a general mistrust in Australian media. But any attempt to establish itself as a trusted company seems doomed since Australians are also distrustful of Google.

Mel Silva, Managing Director for Google Australia, explains why there is a workable news code that doesn’t break Google Search. Learn more about what the News Media Bargaining Code means for you at https://t.co/X4UoySQPLw pic.twitter.com/9UjtaPW0zZ

Threatening to pull Australian content from its services was a logical step for Google. In the past it happily withdrew Google News from Spain and decided to not deliver content from certain German publishers that sued it over intellectual property rights.

That said, the heavy-handed approach this time around suggests Google and Facebook recognise Australia’s planned reforms as a turning point for platform regulation, which could embolden other governments to make their own costly demands.

Movement behind the scenes

Facebook has been less active than Google on the public relations front, but has joined its lobbying efforts — going as far as hiring experienced lobbyists who know Prime Minister Scott Morrison personally.

The chief executive of Alphabet (which owns Google), Sundar Pichai, along with other high-level executives, have also spoken with Morrison.

These last-ditch efforts suggest the platforms are clutching at straws, particularly as they have so far failed to make significant inroads into Australia’s political sphere.

There are multiple reasons for this. The first is their opponent is the Australian media. While politicians and the media have a testy relationship at times, the two institutions are still connected through the Canberra bubble.

The relationship between political leaders and media executives can be especially close, as shown by the appearance of Morrison and Frydenberg at News Corp co-chairman Lachlan Murdoch’s 2019 Christmas party.

There’s no conspiracy between the Australian government and media, but they do have a shared history and are in regular contact.

Read more: Google is leading a vast, covert human experiment. You may be one of the guinea pigs

They’ve even transformed politics in the European Union. Google, Facebook, Amazon, Apple and Microsoft collectively injected €19 million (more than A$30,000,000) into liaisons with the European Commission and European Parliament during the first half of 2020, the New York Times reported.

Meanwhile in Australia, the companies indirectly contributed just A$34,700 (Google) and A$16,500 (Facebook) to the Labor Party over the past five financial years.

These donations were under the disclosure threshold (which ranged from A$12,800 to A$14,000) and voluntarily reported by Labor. The Liberal Party may have received similar contributions it wasn’t required to disclose them.

These sums are tiny compared with what has been spent in the US and Europe. They point to an overall lack of attention on Australia, despite the threat of the bargaining code.

Not enough of a foothold

Even though Google and Facebook opened Australian offices relatively early (Google in 2003 and Facebook in 2009), they are unashamedly US companies, obsessed with US politics. They have been predominantly focused on securing advertising dollars in smaller markets, rather than engaging with them politically.

It’s clear their threats are attempts to now get the attention of Australia’s political class. And if the platforms follow through with the threats, younger news consumers — who get most of their news from social media — may be significantly impacted.

Perhaps some of this could have been avoided if Google and Facebook had dedicated more time and energy to smaller countries, now emboldened by the prospect of reform.

For transparency, it should be noted The Conversation made a submission to the Senate inquiry regarding the News Media and Digital Platforms Mandatory Bargaining Code.