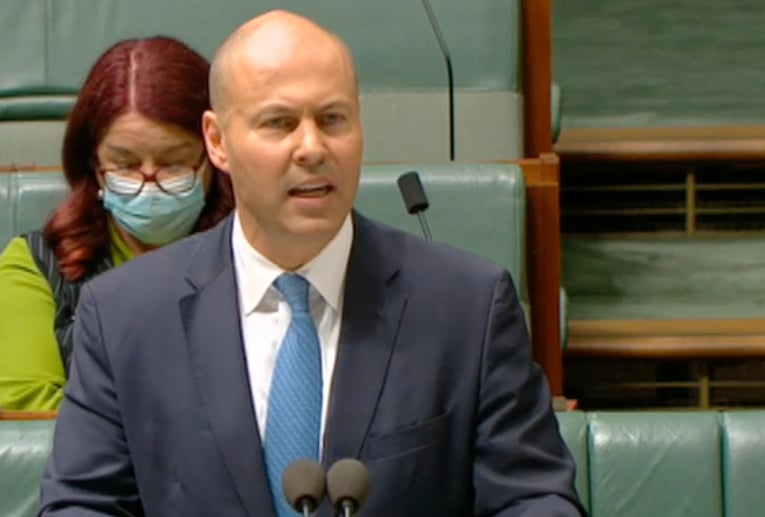 The Morrison government’s election budget halves petrol excise for six months and gives handouts to taxpayers, pensioners and welfare recipients in a cash splash aimed at clawing back votes.

Treasurer Josh Frydenberg, who unveiled the giveaway budget in Parliament House on Tuesday night, has been able to juggle big spending with a reduced deficit thanks to high commodity prices and strong employment.

The budget’s centrepiece is aimed at families’ rising cost of living with a package Frydenberg described as “responsible and targeted, delivering cheaper fuel, cheaper medicines and putting more money in the pockets of millions of Australians”.

The excise on petrol and diesel is reduced immediately from 44.2 cents to 22.1 cents a litre, at a cost to revenue of $2.65 billion.

But the government has given an assurance the revenue loss will not hit funding for roads, something some Nationals, including Deputy Prime Minister Barnaby Joyce, had been concerned about.

Frydenberg said a family with two cars who filled up once a week could save about $30 a week or $700 over the six months.

The Australian Competition and Consumer Commission, which monitors fuel prices, said in a statement it expected fuel retailers would pass on the cut “as soon as possible, as existing petrol stock levels are used up”.

Tackled on criticism by economists about a fuel excise cut, Frydenberg told a news conference during the budget: “Australian families will say it’s a good idea to pay less at the bowser”. He added economists always had “a variety of opinions.”

More than ten million taxpayers will get a $420 top-up to the low- and middle-income tax offset (LMITO) after July 1. This would mean a taxpayer getting the full LMITO will now receive up to $1500.

But the LMITO will not be renewed after that.

Six million pensioners and people on a range of welfare payments will get $250 within weeks.

On the health front, people will need fewer scripts to be eligible for free or further discounted medicines.

The cumulative deficit over the forward estimates is forecast to be $224.7 billion.

The budget forecasts unemployment will fall from its present 4% to 3.75% in the September quarter.

The budget includes more than $2 billion in measures for women, including $1.3 billion on women’s safety.

Eligibility for paid parental leave will be expanded and for the first time, single parents will be able to access the full 20 weeks’ leave.

With the government highlighting national security in its election campaigning and strong concern about China’s increasingly aggressive stance, the budget commits to a ten- year $9.9 billion investment in offensive and defensive cyber capabilities.

As another round of flooding hits Northern NSW and Queensland, the budget says the government has already allocated $3.6 billion to households, businesses and communities to deal with the earlier devastation. In total, it expects to spend more than $6 billion on flood relief and recovery.

Previous article Here are the 11 startups in the latest Macquarie University Incubator
Next article The election bribes budget: cash sweeteners for voters to stick with the Coalition
Via Politics
Tags auspolbudget 2022news