The cost-of-living election budget: the key things you need to know 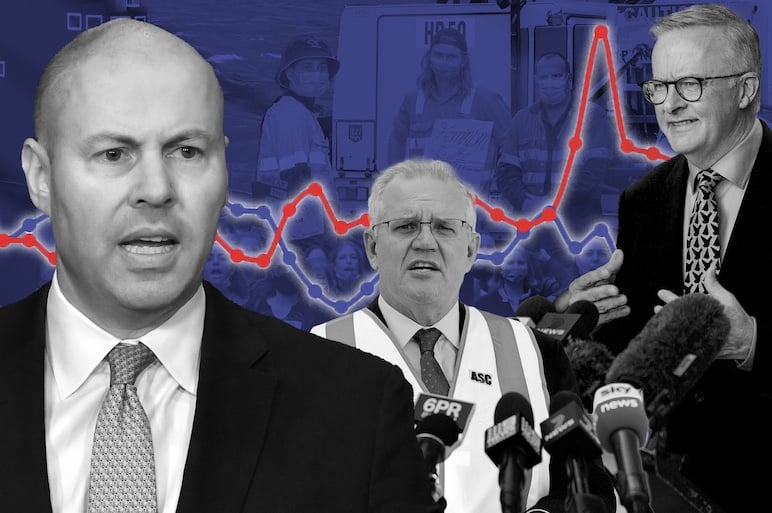 With rising inflation, a war in Europe affecting global fuel costs, and ongoing supply strain issues, this year’s budget is shaped not just by the upcoming election but a growing cry in the community about the cost of living.

But despite some significant multi-billion dollar spends within the next six months, the deficit is predicted to shrink considerably from last year (and the shock of 2020) to just $79.8 billion – largely due to factors out of the government’s control.

While GDP surged as we began to see a way out of the COVID tunnel, the government forecasts that this will slowly consolidate to around about our pre-pandemic levels, sitting at 2.5% for the remainder of the forward estimates.

Unlike GDP, unemployment is forecast to head further south – and remain there for the majority of the next four years.

And the predicted further increase in overall employment has flown on effects.

Despite an international climate of increasing inflation, and years of wage stagnation, the government is optimistic that the wage price index will overtake the consumer price index by the 2023-24 budget.

Despite a clear explosion in spending in this election year (and amid those cost of living woes in the electorate), the government expects to rein in payments in the coming years, as receipts consolidate.

Josh Frydenberg noted in his address to the Press Gallery that the budget now forecasts gross debt to peak four years earlier than in previous estimates – though this is still a far cry from the “Back in Black” predictions of his first budget in 2019.

So what are the major spends – and few cuts – of this big spending election budget?

While a number of them – like the fuel excise cut and almost no mention of climate change as NSW and Queensland recover from another disastrous summer – are definitely against the recommendations of Australia’s leading economists, it remains to be seen how they will affect the election.

Previous article The election bribes budget: cash sweeteners for voters to stick with the Coalition
Next article BUDGET 2022: What’s in it for tech, digital transformation and startups
Via Politics
Tags auspolbudget 2022contributor postelection 2022newsThe Conversation