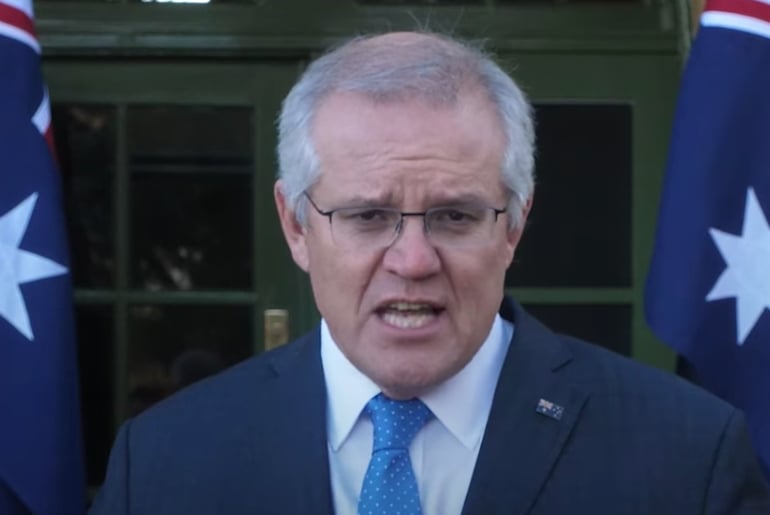 The Morrison Government’s increased focus on technology took another step up today with $111 million allocated to quantum technologies.

The investment includes $70 million over 10 years for the Quantum Commercialisation Hub to foster strategic partnerships with other nations to commercialise Australia’s quantum research.

The announcement came as Prime Minister Scott Morrison released its Blueprint and Action Plan for Critical Technologies, identifying quantum technologies as one of the government’s nine technologies for initial focus.

He said the Hub will be supported by the development of a National Quantum Strategy and quantum technologies prospectus, designed to align industry and government efforts and unlock greater private sector investment. Australia’s Chief Scientist, Dr Cathy Foley, will lead a National Committee on Quantum, to advise on the strategy.

A report from the CSIRO, released last year, quantum technology sector could be worth more than $4 billion annually and create 16,000 jobs by 2040.

Australian quantum startups have been hot property with investors in 2021. Canberra-based quantum cybersecurity venture QuintessenceLabs announced last month that it had raised $25 million in a series B round led by the CSIRO’s VC fund Main Sequence Ventures. And in August Canberra-based computing science startup Quantum Brilliance has raised $13 million in seed funding, again backed by Main Sequence.

Meanwhile, the NSW government has launched a quantum startup hub at its Tech Central innovation hub.

Science and technology minister Melissa Price said Australian scientists are at the cutting edge of quantum development and their research “punches well above our weight” internationally.

“Australia is a world leader in quantum,” she said.

“These investments will enhance our global reputation and help us work with other like-minded countries to develop this critical technology.

“This is a fantastic technology that will improve our lives and transform our industries like finance, communications, energy, health, mining, manufacturing and agriculture. Australia now has an important mission to commercialise our research, particularly given quantum technologies are increasingly vital for industries in key areas like defence and national security.”

Minister for the Digital Economy Jane Hume said the Morrison Government is grasping the opportunities in quantum technology for Australians – as a jobs creation vehicle and game changing technology for research, innovation and productivity.

More on the Quantum Commercialisation Hub and National Quantum Strategy is available here .

The government’s support for the quantum sector was welcomed by Science & Technology Australia CEO Misha Schubert, who called it “a smart money bet” – and applauded the appointment of Dr Cathy Foley to lead the initiative.

“Quantum technologies don’t just hold the promise of computing at unimaginably fast processing times – they could transform industries like healthcare and manufacturing to give Australia a serious strategic advantage,” she said.

“A coordinated national strategy can bring together cutting-edge researchers and a wave of new Australian quantum companies to secure that national advantage.”

Schubert said few people know as much about quantum and the promise it holds as Dr Cathy Foley.

“She’s a leading researcher with a deep understanding of how to take promising technologies through to commercialisation at scale,” she said.

Australian Information Industry Association (AIIA) CEO Ron Gauci also welcomed the announcement, saying it aligned with the advocacy of his industry group, but the national strategy was now urgent.

“We need to begin with a national strategy that will help determine where funding should go. Quantum technology has the potential to be a multi-billion dollar industry that generates thousands of Australian jobs, but we need the Federal government to consult with industry to develop a national strategy that will propel our ICT sector forward to ensure our country does not become a laggard,” he said.

“The investment by the private sector, including Google’s announcement yesterday of a $1 billion investment over five years in Quantum and AI in Australia, highlights that the opportunity has been endorsed by industry. Our most recent White Paper urged the Government to look at Australia’s critical infrastructure and work with industry to develop standards aligned with our international partners.”

Today’s announcement lags behind the commitment from other nations, Gauci said.

“By contrast Canada has invested C$360 million over seven years to launch a National Quantum Strategy, while the UK’s National Quantum Technologies program has been running since 2014, with an investment of over £200 million to fund a national network of four Quantum technology hubs,” he said

“We originally recommended that the Federal government invests a minimum of $110 million over four years in a national Quantum computing centre to keep pace with global trends. This investment is based on the Quantum Centre needing to be at least double that of a national artificial intelligence centre due to the wider breadth of Quantum computing research and development, in both hardware and software.

“But the government needs to execute at speed and scale or we will continue to lose highly skilled people offshore and get left further behind on these critical technologies.”