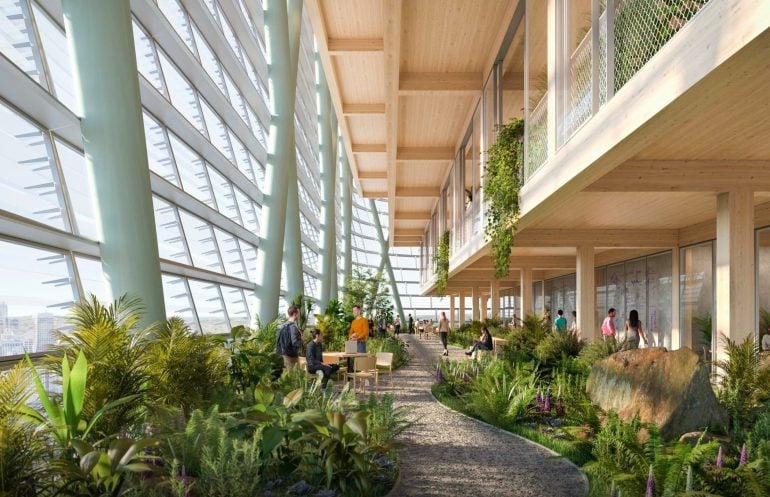 An artist's impression of inside the new Atlassian HQ

The 180-metre tower will be the tallest commercial hybrid timber building in the world with construction to get underway next year. The tower concept is by New York-based architects SHoP, with Australian practice BVN as the design team, and is expected to cost $546 million and be completed in 2026.

The timber core will be wrapped in a glass and steel facade and include a mix of outdoor and indoor spaces and use an energy-efficient approach that features natural ventilation and large planted terraces giving access to nature.  It will have a rooftop garden.

Atlassian says the building will operate on 100% renewable energy and include solar panels built into the facade.

Atlassian co-founder and co-CEO Scott Farquhar said the building is more than a new office space.

“It represents our vision to create the biggest tech precinct of its kind in Australia. When complete, Tech Central will become home to thousands of new jobs and help create hundreds of Aussie-grown tech companies,” he said.

“This is an exciting place to be. We look forward to continuing to work closely with industry and government leaders to see this world-class precinct take shape.“

The skyscraper will be part of the new Sydney’s Tech Central precinct adjacent to Central Station. Atlassian is the project’s anchor tenant, with two more towers planned for the site. 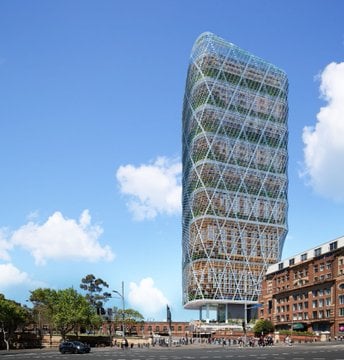 The Atlassian building at Tech Central

The Atlassian tower will sit above the station’s former Parcels Shed, which is currently a YHA hostel and has been rezoned for the development.

The shed has been integrated into the project and will become a public space. The Railway Square YHA will return as a 480 bed hostel in the lower floors.

Construction is expected to create 2500 additional jobs and generate $1 billion dollars in revenue annually. 4000 Atlassian staff will use the tower and when the tech precinct is completed, around cater for around 25,000 people.

“With Atlassian HQ set for construction and the Western Gateway sub-precinct rezoned, the planning controls are now in place to transform this tired transport hub into something to rival Silicon Valley,” he said.

“Tech Central will be home to 25,000 jobs over 24 hectares once fully developed. Atlassian’s headquarters alone will accommodate 5,000 operational jobs in the world’s tallest hybrid timber tower.”

A competitive design competition is now underway for the Parcel Post building and Henry Deane Plaza under and around the Atlassian tower. Details on the Tech Central Precinct are available here. 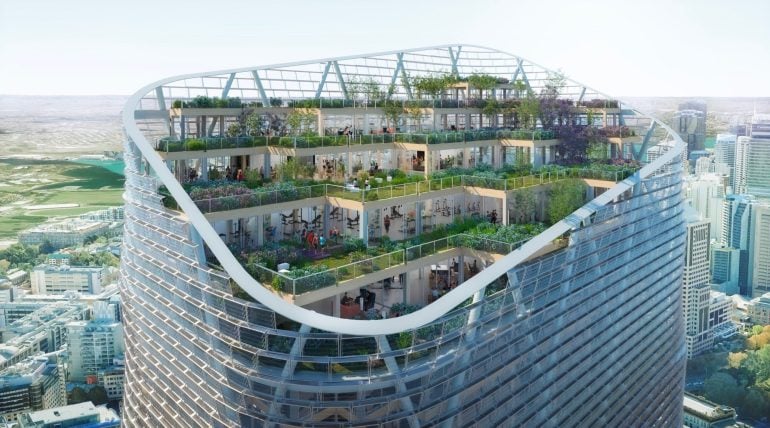