‘A non-event for Australian tech’: here’s what’s in the federal budget for the tech and startup sectors 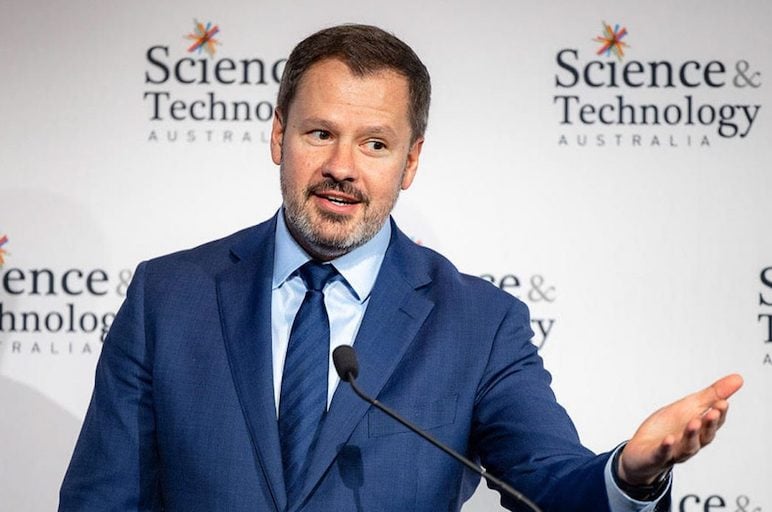 On Monday, as federal treasurer Jim Chalmers sent his first Labor budget to the printers, a bunch of PRs on expensive retainers to startups sent Startup Daily their pre-budget wish lists. It was little like emailing Santa you Amazon gift list on Christmas eve.

On Tuesday, Chalmers delivered socks, jocks and chocolates in the second budget of 2022, just six months after one in the dying days of an unwanted government, which tried in vain to save them from oblivion.

You can read  more about what’s in the Chalmers version here.

Perhaps the main takeout is the new Treasurer put off any truly big decisions – such as pulling back on fiscal policy in line with the brakes applied to monetary policy by the RBA – until next financial year, when things will be back on track with a traditional May budget for FY24.

As one budget tragic described it as “nibbling at the edges” to Startup Daily after trawling through the details.

“The Labor Budget is a non-event for Australian tech – I hope you’ve not fallen asleep reading it,” they said.

For the tech sector, there were few surprises – perhaps most noticeably a $4 million cut to a program helping women reskill – with the takeouts are well known and either follow through on elections promises of following through on commitments made at the Jobs & Skills Summit in September.

There’s $76.4 million over 4 years for outcomes from the Summit to help build a bigger, better trained and more productive workforce, boost real wages and living standards, and create more opportunities for more Australians.

That includes $42.2 million over two years to increase visa processing capacity and marketing to high-skilled potential migrants to move Down Under.

There’s $15.4 million over 4 years, then $2.8 million a year ongoing for the Startup Year program. That’s the one offering a HECS style loan program for up to 2,000 recent graduates, postgraduate and final year students annually to take part in a one-year, business-focused accelerator program at a uni to get their startup vibe going.

On the climate front, a modest $141.1 million is being “realigned” from investment in carbon capture technologies to prioritise technology development for hard-to-abate industrial sectors (such as cement manufacturing); accelerate carbon dioxide removal and negative emissions technologies (such as direct air capture); and support research opportunities for institutions, as well as industry and international partners

The new industry and science minister, Ed Husic, issued a release pointing to $111.3 million in grants for regional manufacturing.

“We are delivering on the commitments we took to the Australian people to build a stronger and more resilient future,” Minister Husic said.

“We want to be a country that makes more onshore – and that means backing the businesses that are making things here and supporting manufacturing in regional Australia.”

It includes the previously announced $10.1 million for the Flinders University’s Factory of the Future; $12.6 million for Cytiva’s Springfield BioPark project in Ipswich, Queensland; and $17.2 million to establish a pilot Food Manufacturing Innovation Hub on the NSW Central Coast.

The rest goes to Tasmania and five projects ranging from a $50 million zinc smelter upgrade to a chicken processing plant, and a wool mill.

Initially there’s $50 million over two years to establish the framework for the Fund.

There’s $4.8 million over four years to attract and retain Australia’s quantum tech talent, including support for 20 PhDs and to enable universities to kick-start national collaboration on quantum research and education.

Another $5.8 million goes to the  the Women in STEM and Entrepreneurship program plus an independent review into Government programs to ensure they support greater diversity in Australia’s science and technology sectors.

One of the biggest spending tickets is another $2.4 billion over four years for the NBN. It’s an equity stake for the tech company to bring full-fibre broadband for 1.5 million homes and businesses by 2025, mostly in outer city and regional areas. That was announced a week ahead of the budget.

Toss in $10 million for $10 million for enhancing Australia’s Sscience and research leadership in the Asia-Pacific over the next five years, another $10 million for that fab Canberra institution Questacon to extend STEM engagement activities to fire up the kids to become scientists and engineers and there you have the key pressies for tech in the lead up to Christmas.