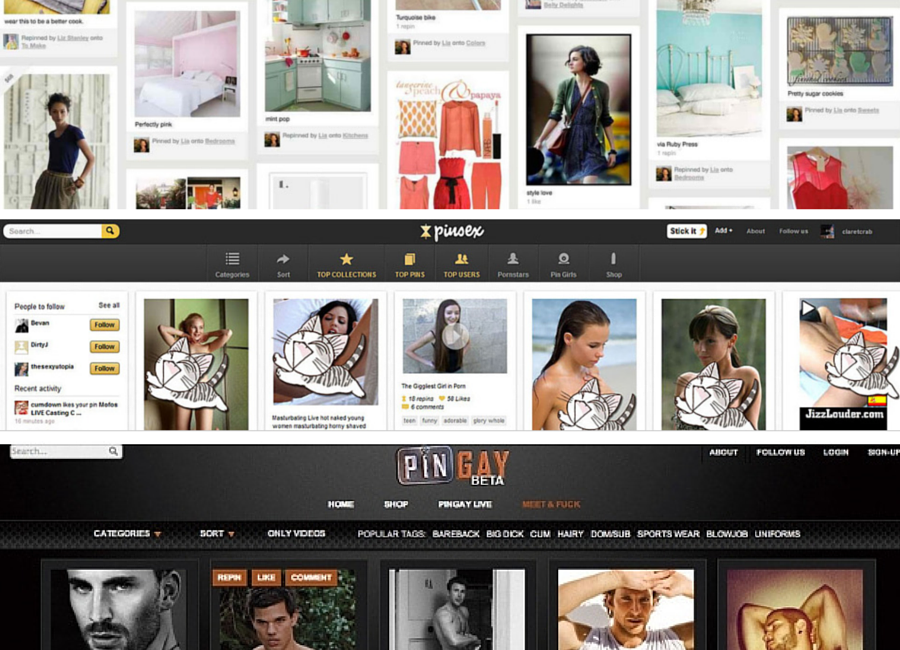 Social media giant, Pinterest, recently won a court battle against a Spanish company called Pin Digital about their controversial use of the domain names PinSex.com, and PinGay.com.

Despite the obvious differences in terms of user-uploaded content, Pinterest maintained that they have legitimate rights to the domain names from their common law right to the word “PIN”. Pinterest argued that Pin Digital was copying Pinterest’s model, generating huge levels of traffic from their false affiliation with Pinterest.

While the domains were registered before Pinterest was made available (PinSex.com in 2008 and PinGay.com in 2011), Pin Digital only purchased them from the original owner around the time that Pinterest began its operations in 2012. Since becoming operational, the disputed domains have generated upwards of 50 million visits, with close to 100,000 registered users worldwide.

Pinterest were given a US trademark on the word “PIN” in June 2014, a word that Pin Digital argue was too generic to trademark. The judge, Alfred Meijboom, rejected this claim, highlighting the fact that these sites also had the ‘look and feel’ of Pinterest.

In making his decision, Meijboom pointed out that the common law use of the word “PIN” had become, over time, a “distinctive identifier” of Pinterest. Pin Digital’s counter-argument was that the word “PIN” could be found in many other sites, such as Google Maps, Facebook and Amazon.

Pin Digital argued that the word ‘Pinterest’ was the distinctive identifier of Pinterest, not the words ‘pin’ or ‘pin it’, which, Pin Digital argued, were used based on their dictionary meanings. Pin Digital claimed that the domain names PinSex and PinGay were different enough from the name Pinterest to be distinguishable by their potential users.

Some points of interest:

Pinterest argued that the disputed domains used an identical layout to present information, despite the very different uploaded material. Pin Digital, on the other hand, argued that this form of presenting information was generic and commonly used by pornographic websites.

Pin Digital was able to show that the users of the websites had not previously visited Pinterest, and were not likely to, given the contrast between the services provided on each site.  Pin Digital claimed they had not financially benefited from Pinterest and that no competition existed between the companies.

A domain name, like PinSex.com, is confusingly similar to a Pinterest’s registered trademark over the word “PIN”, and can infringe on the trademark owner’s rights. This principle was applied here.

Pin Digital argued that, as the word “PIN” is also at the start of the company’s name, Pin Digital, it had right to the domain names. The judge was not convinced that Pin Digital’s had not heard of Pinterest. As an internet-based business in the social media space, Pin Digital should have been aware of Pinterest, according to the Judge.

Because Pin Digital failed to give any explanation to the Judge as to why it chose those specific domain names, it failed to demonstrate any legitimate interest in the domain names.

Registered and Used in Bad Faith

Pin Digital argued that there are plenty of websites that have the ‘look and feel’ of Pinterest’s. The court didn’t accept this argument, since none of the examples shown by Pin Digital were quite as similar, in layout, features and functionality, to Pinterest and PinSex.com.

The court found that Pin Digital had used the disputed domains to deliberately try to attract consumers to its domains, by making the sites confusingly similar to Pinterest’s. The court also found that the use of the term “PIN” had the potential to cause confusion as to any affiliation with Pinterest, which may have damaged its goodwill. This, along with the timing of the acquisition of the domain names in 2012, was enough to prove that Pin Digital had benefited from their association with Pinterest.

Australian startups should take note of this court case. If you’re building a brand you should look into trademarking your name and logo in order to protect your IP. It’s likely that we will be seeing more of these types of cases in the future!

Previous article ‘Anti-marketing is the new marketing’: Black Milk Clothing’s hipster philosophy pivotal to its growth
Next article Well shit, that was a dumb thing to do at a startup conference
Via Topics
Tags legalPinGay.comPinSex.compinteresttrademark

Lachlan McKnight is the CEO of LegalVision. LegalVision provides online legal services, including fixed-fee lawyers and customised legal documents. All of the lawyers in the LegalVision network work online, are highly experienced, and offer quick, high quality advice.