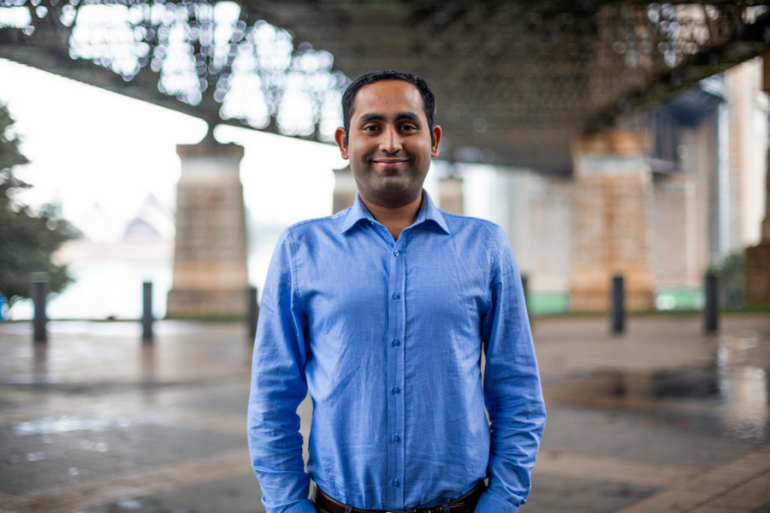 Catalyser founder Usman Iftikhar has been honoured as the Committee for Sydney’s inaugural Western Sydney Champion.

The awards have been created to recognise people who make Sydney the greatest city in the world across six categories: Global Sydney Culture and Business, Western Sydney Champion, City Visionary, Emerging Leader, and Unsung Hero.

The judges, who include Canva co-founder Cameron Adams, former premier Mike Baird and Carnival cruising boss Ann Sherry, were impressed by Iftikhar achievements in the eight years since he arrived in Australia with a masters in engineering.

The Western Sydney Champion Award was designed to recognise a significant contribution to advocating for and advancing Sydney’s engine room in the west, one of the fastest growing and most diverse regions in the state.

Despite his degree, Iftikhar was turned down in hundreds of job applications. So he took matters into his own hand and launched startup pre-accelerator for new migrants and refugees. In just five years, Catalyser has supported 520 migrapreneurs, or high performing migrant and refugee entrepreneurs, to launch 175 enterprises.

“I was doing lots of casual work, like working at BP and 7-Eleven and so on, so I thought why not start my own business,” he said.

“I got this golden insight, if I can solve a problem that I’ve personally faced – well I’m a migrant and I’m trying to start a business, wouldn’t it be amazing if we had an incubator focused on new migrants and refugees.

“What’s amazing about Western Sydney is it’s a melting pot of so many different cultures and peoples, so when we think about entrepreneurship, being based in western Sydney gives you that unique opportunity not only to work with people from different backgrounds but also to try to tackle problems a bit differently.”

Iftikhar said there are so many amazing people in Western Sydney doing fantastic work.

“I’m just grateful to be chosen for this and I’m really stoked and privileged to be winning this Western Sydney Champion award,” he said.

Matt Levinson, director of corporate affairs at the Committee for Sydney, said what Iftikhar has achieved was incredible.

“When you think of Western Sydney and the cultural richness in this part of the world, his work is about opening up opportunities to people of all backgrounds to thrive and succeed,” he said.

“His success shows just how much untapped potential exists in communities across Greater Sydney – it’s what city building is really all about, we’re so thrilled to see him driving this from Sydney’s west.”

“We congratulate him on winning this inaugural award. Entrpreneurship and innovation has long been at the heart of this incredibly diverse, vibrant region and Usman’s work is playing a pivotal role in supporting new migrants and refugees to succeed,” he said.

The other five award winners are

Previous article Cybercrime reports in Australia are now being lodged every 8 minutes
Next article 6 things I learnt about entrepreneurship from Grammy winning rapper will.i.am
Via People
Tags awardscatalysrcommittee for sydneynewsusman iftikhar