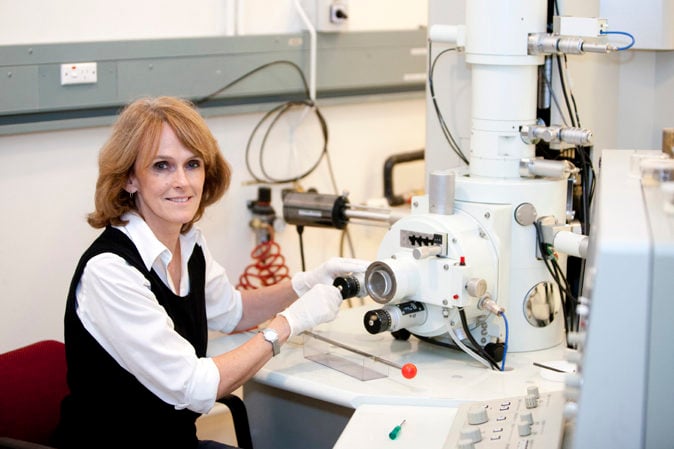 Dr Foley was appointed the CSIRO’s chief scientist in 2018, having risen through the organisation’s ranks in a 35-year career exploring magnetics and superconductors.

“As we recover from COVID-19 and look to rebuild a brighter future, the role of the Chief Scientist has never been more important,” he said.

“Dr Foley has a big task ahead to drive collaboration between industry and the science and research community, as we look to create jobs for the COVID-19 recovery and for the future.”

Prime Minister @ScottMorrisonMP and Minister @karenandrewsmp made the announcement today.

Cathy Foley’s life story is an indication of her brilliance and resilience. She discovered she was dyslexic in primary school, lost her mother at age nine and grew up with six siblings who teased her as she struggled at school.

A supportive high school science teacher helped Foley focus her talent for science and while she dreamt of being a physicist, she went to Macquarie University with the goal of becoming a science teacher too.

Her PhD research was in nitride semiconductors and she contributed to the early work that led to the white LED.

Dr Foley’s career has seen her make distinguished contributions to the understanding of superconducting materials and to the development of devices using superconductors for a number of applications including to detect magnetic fields and locate valuable deposits of minerals. She helped create LANDTEM, technology using superconductors that’s detected billions of dollars of minerals deep underground using three-dimensional maps of underground ore bodies. It revolutionised the way mining companies detect ore deposits.

She is the Chair of the Australian National Fabrication Facility Victorian Node Collaboration Committee and the ARC Steel Hub Advisory Committee as well as sitting on several other committees and boards.

“Dr Foley is highly regarded in the scientific community, has extensive experience working with government, but most importantly understands how to drive collaboration between industry and researchers,” she said.

“Dr Foley’s skills as a talented science communicator will help sell that important message. Dr Foley is also a strong advocate for women in science, technology, engineering and mathematics and her lived experience will make her an important role model for aspiring young scientists.”

Her appointment as Australia’s Chief Scientist is for three years, starting in January 2021.