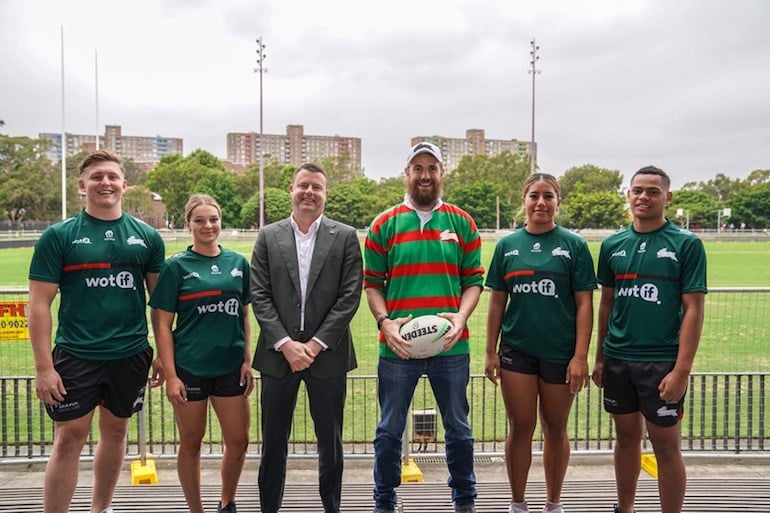 Cannon-Brookes has taken a one-third stake in Blackcourt League Investments, alongside Crowe and Packer. The business has owned 75% of the Rabbitohs, for the last five year. The club’s members own the owns the remaining 25% of the footy team.

It’s the second sports team the Atlassian co-CEO has backed, having spent hundreds of millions last year on a minority stake in US NBA team the Utah Jazz.

Rabbitohs and Member Co. chairman, Nicholas Pappas AM, said they welcomed Cannon-Brookes to the Rabbitohs through his investment in Blackcourt.

“Mike is world-renowned for his business acumen and his philanthropy, both of which will provide great opportunity for the Rabbitohs,” he said.

“This is the big end of town we spoke about when our original investors first made their contributions in this form in 2006.

In a statement issued by the club announcing their new co-owner,  Cannon-Brookes said the South Sydney Rabbitohs are special and he was “humbled” to be joining the club.

“Not only are we the oldest, loudest and proudest – we are an organisation people truly, deeply care about,” he said.

“I’m looking forward to partnering with Russell and James and bringing what I can to the table to help the Club grow to even greater heights.”

It’s not the first time Cannon-Brookes has partnered with Crowe.

Two years ago, after bushfires nearly destroyed Crowe’s home at Nana Glen on the NSW north coast, he put his Rabbitohs cap up for auction.

Sign it “Today is the day” and add your name…

Crowe matched that figure, Atlassian co-founder Scott Farquhar chipped in $100,000, along with Ryan Smith, the Qualtrics CEO who co-owns the Utah Jazz with Cannon-Brookes, raising $400,000 for the Rural Fire Service.

Crowe, who championed the return of Souths to the NRL when the foundation club was booted from the competition in 2000, said having Cannon-Brookes as a co-owner was “a very strong move” for the Rabbitohs

“It connects us to the front edge of emerging technologies and business and underlines the importance of our efforts in the community,” he said.

“Mike understands the resonance of sport in Australia, and James and I welcome his input going forward in keeping South Sydney ahead of the curve, and a game leading organisation, on and off the field.

“I’m sure it hasn’t gone unnoticed to South Sydney Members and supporters that Mike wears a white Rabbitohs hat for special occasions.”

Previous article Australia’s new $40 million biotech incubator, CUREator, is on the hunt for researchers and startup founders
Next article Why software startups need to rethink what they’ll have to pay for the talent they need to succeed
Via People
Tags news