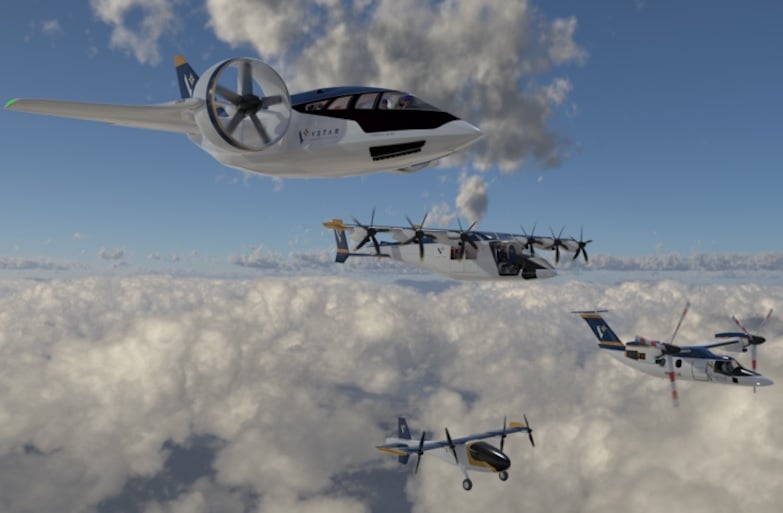 An artist's impression of the vertical take-off and landing aircraft V-STAR plans to bring to Australia.

V-STAR has plans to bring vertical take-off and landing (VTOL) aircraft to Australia for regional travel, aeromedical and search and rescue services and commercial transport.

While not new – VTOL technology has been used in military planes like the Harrier Jump Jet for decades – V-STAR has contracts with overseas commercial operators to introduce aircraft that have the versatility of a helicopter with the range and speed of a traditional fixed-wing aircraft to Australia.

Chief Executive Officer and Founder Tony Laws said the company had options on bringing in a mixed fleet of what is also known as power lift aircraft, including the tilt-rotor AW609 from Italian company Leonardo, which is the first commercially certified aircraft of its type globally.

“These new aircraft designs will change the way we approach regional travel and transport in Australia,” Laws said.

“Anywhere we need to get people and equipment quickly and cheaply is where these aeroplanes come in.” 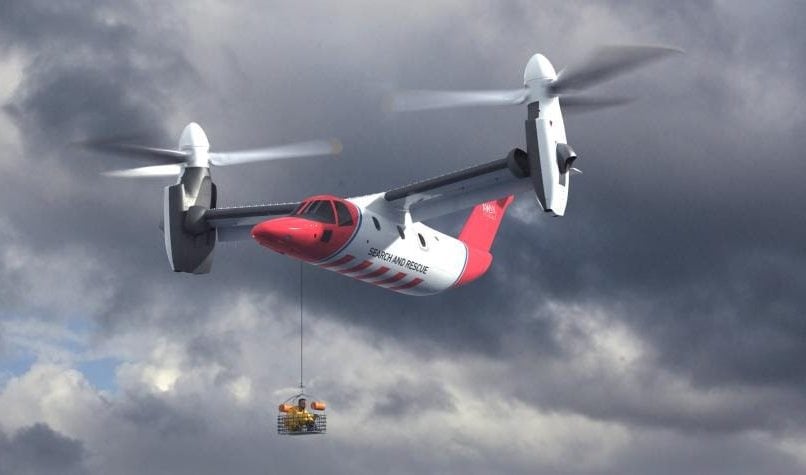 The tilt-rotor AW609 can be equipped with winching capabilities that would make it suited to search and rescue along Australia’s coastlines. Photo: Leonardo

Laws said V-STAR was also in partnership with Swiss company Dufour Aviation, which will give the new venture early access to Dufour’s next-generation aircraft called the Aero3, a tilt-wing hybrid-electric plane.

Dufour is a world leader in aircraft electric propulsion systems and has applied its hybrid electric power systems to the new aircraft designs.

Laws, a pilot with a background in search and rescue, said the Aero3 was perfect for emergency services in Australia. The plane, which can hold a stretcher and two medics, can land on almost any helipad and is three times cheaper to operate than a fixed-wing plane and 10 times cheaper than a helicopter.

According to Laws, the hybrid-electric propulsion gives the 2800kg aircraft a range of over 1000km and three hours of endurance.

V-STAR has a partnership with Swiss company Dufour Aviation for its Aero3 tilt-wing hybrid-electric plane.

“We are proud to be one of their chosen key manufacturers with an agreement for our Aero3 in the field of emergency services,” Hardegger said.

V-STAR is also looking at the TriFan 600, being developed by XTI Aircraft in the United States, which is a tilt ducted plane that is an alternative to light business jets and rescue planes. It has a maximum speed of 600kph and a range of 500km, far outdoing any helicopter.

Transport services with planes like the TriFan 600 would mean V-STAR could offer 45minute flights from Adelaide to Pt Lincoln for just $85, Laws said. 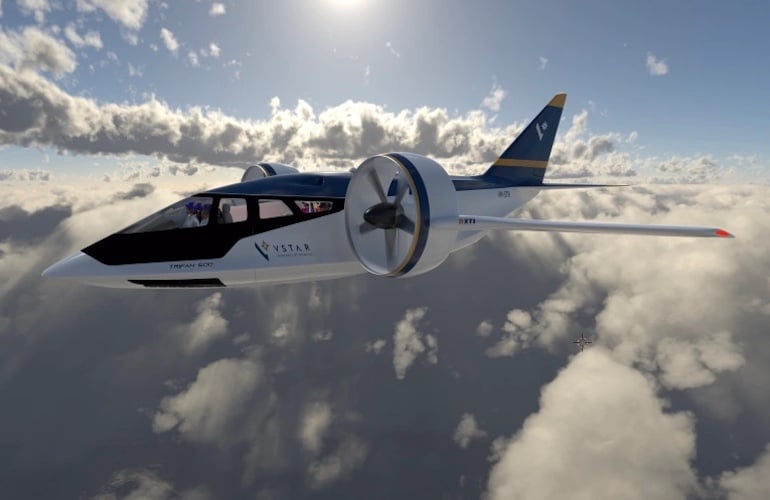 The TriFan 600 is a tilt ducted plane being developed by XTI Aircraft in Denver, Colorado.

Adelaide was picked for the V-STAR headquarters because Laws already has a relationship with helicopter service Helistar Aviation at Adelaide Airport that would help start the pilot training and certification needed to introduce power lift aircraft into Australia and the region.

Laws said they are also in discussions with the Government of South Australia about a trade delegation in 2023 to look at Australian first trials and the possibility of advanced manufacturing based in Adelaide.

He said the Adelaide headquarters would eventually provide aircraft sales, a world-class training centre, aircraft maintenance and support and the infrastructure, including regional landing pads and ports, needed to operate the aircraft across the country.